Seventy-one years ago, on 25 January 1951, the American Far East Command (FEC) established its first forward base for conducting guerrilla warfare in North Korea. When the U.S. Eighth Army retreated from North Korea in late 1950, it carried with it some 6,000 to 12,000 Korean irregulars who declared their willingness to fight on the side of the U.S. Indeed, many had been actively resisting North Korean control since the country was divided in 1945. Most of these irregulars fled the surprise arrival of Chinese Communists, occupying defendable friendly-held islands or mainland territory along the Korean coast. The Far East Command decided to employ this force as guerrillas behind enemy lines, and for almost 3 years these forces were trained, supported, and directed by select soldiers of the Eighth U.S. Army’s secret 8240 Army Unit.

The first guerrilla units were organized, trained, and equipped on Paengyong (now Baengyeong) Island, only eight miles off the west coast of North Korea’s Hwanghae Province. Just seventeen square miles in size, the island housed more than 12,000 North Korean guerrillas formed into company, battalion, and regimental units. With logistical support, rations, training, and arms provided by their U.S. Army advisors, they proved to be a potent force for attacking and disrupting North Korean and Communist Chinese units in rear areas. 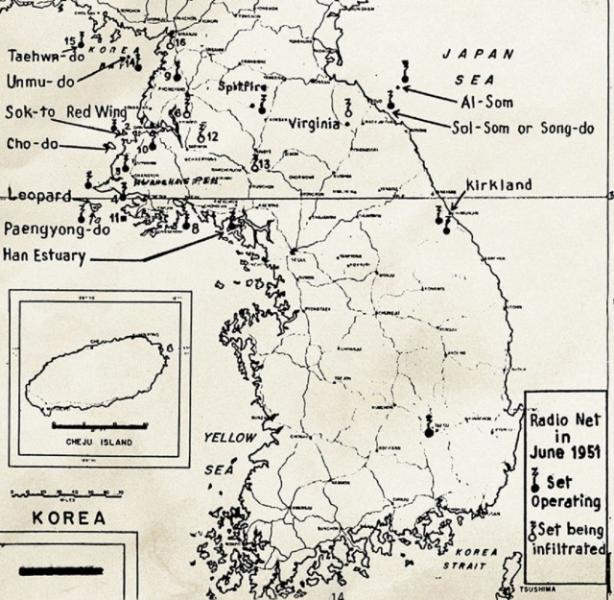 For the remainder of the war, the guerrillas served well at their mission of providing deep intelligence and keeping the Communist forces off balance. It is estimated their combat activities diverted more than 50,000 front line troops that might have otherwise been employed on the enemy front. The guerrillas also protected the western flank of Seoul, and effectively defended a series of offshore islands that remain in UN control today, despite being located above the accepted demilitarized boundary dividing North and South Korea. The guerrillas raided enemy encampments in rear areas, conducted successful amphibious operations to seize more islands, and saved more than 100 downed pilots and aircrew from capture or death behind the lines. And while the majority of their operations took place along the west coast of North Korea, they operated off the east as well, even holding an outpost within Wonsan Harbor until the Armistice. 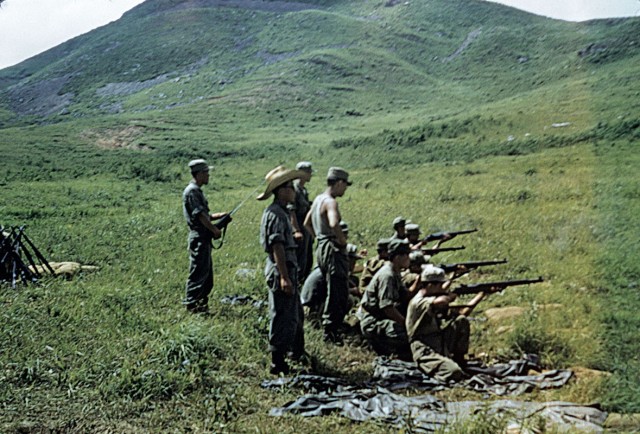 Their activities, highly classified until the early 2000s, resulted in the writing of the first Army doctrine on special operations. The combat requirements of persons skilled in guerrilla operations, at first filled by select WWII veterans of Philippine and Burma guerrilla units, were also part of the impetus for the U.S. Army forming Special Forces in 1952. Indeed, 99 graduates of the first four Special Forces training courses were selected for service in Korea with the guerrillas, making Korea the first combat employment of that new Army specialty. In addition, Ranger veterans were also assigned to advise the North Korean guerrillas, sharing their skills at raiding and small unit commando-type actions with their partners. 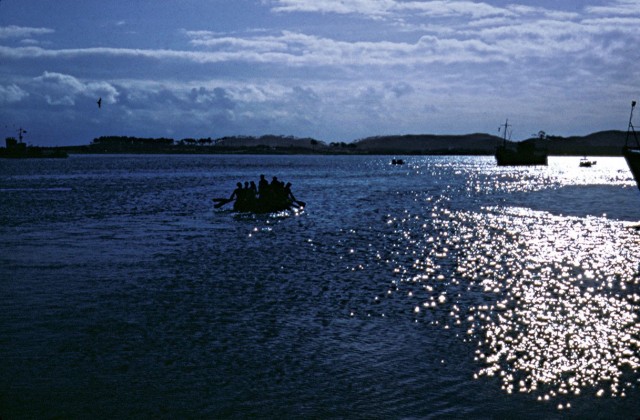 Unfortunately for the Army, the high classification level of the guerrilla command’s operations prevented any lessons learned from being realized and utilized to train future special operations soldiers. Persons who served with the unit in Korea were warned never to talk about the unit, its mission, or activities, even when some returned to the states to train the next generation of special operatives. The system at that time was so inflexible that those lessons could not be realized or passed on. It wouldn’t be until fifty years had passed before the unit’s activities could be declassified and fully appreciated. 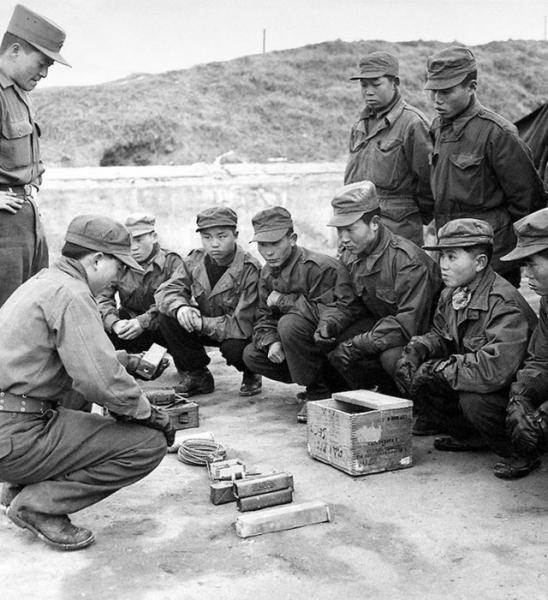 Some of the guerrilla forces’ major successes were:

- Keeping the Communist forces off-balance.a
- Penetrating the Communist defenses with ease and regularity.
- Conducting deep intel collection and operations.
- Occupying and defending the Northwest Islands, maintaining them as UN controlled areas.
- Protecting the West Flank of the UNC MLR.

At its height, the North Korean guerrilla forces grew to a strength of 23,000 soldiers. But by 1953, when both sides pursued an armistice, the guerrillas saw the handwriting on the wall. With little chance of returning to their homes and families in the North, many began to leave the ranks and their combat incursions became less frequent. When the Armistice was signed in July 1953, the agreed solution for the 10,000 remaining guerrillas was to be rolled into the South’s army as replacement soldiers. Thus, the Army’s experiment with guerrilla forces came to an end, at least in the Korean Theater. Despite their work in secret, they made a significant contribution and helped to shape the political outcome on the Korean Peninsula today.

If you want to learn more about the formerly secretive history of the North Korean guerrillas and their exploits, see:

THE ARMY’S GUERRILLA COMMAND IN KOREA, Part II: The Rest of the Story

ONE GUERRILLA’S FIGHT: Operating Behind Enemy Lines in the Korean War

FIGHT FOR THE NORTHWESTERN ISLANDS: September-December 1951

A HISTORY OF RESISTANCE: The Origins of the North Korean Anti-Communist Guerrillas, 1945-1950