As Col. Andrew Morgan gazed out of the open hatch into the cold vastness of space, he looked toward the earth and saw what many astronauts before him had seen: a planet without borders.

“It’s very similar to looking out the ramp of a C-130,” said Morgan from inside a quarantine facility at the Johnson Space Center in Houston. “It was a spectacular view, one that I will remember for the rest of my life. It’s hard to describe in words.”

When the Army veteran of 20 years returned to earth April 17 after almost a nine-month mission on the International Space Station, he encountered a much different world than the one he left. He saw people wearing masks and gloves, keeping their distance from each other.

Morgan stayed updated on the spread of coronavirus from the ISS by watching regular news broadcasts. On March 30, he tweeted from space his support for the work of American doctors and healthcare professionals during the pandemic.

COL Morgan1
“We expect that the earth changes when you go away for a month just like when you deploy you expect that some things are going to change,” said Morgan, who landed in the small city of Baikonur, Kazakhstan last week before traveling to Houston. “I don’t know that I expected things would change quite as much; I didn’t think I was going to come back to a country that has more or less closed down.”

As an Army emergency care physician and flight surgeon, the pandemic breakout gravely concerned him as he watched on his monitor 250 miles above in space. He also applauded the Defense Department and Army’s response to helping control the spread of the virus.

“Most astronauts will describe when you look down on the earth and see an earth without borders and you see that problems … often face us all without borders as well,” Morgan said. “There are many problems like that affect us all globally regardless of what country we are from. And COVID-19 is just one.”

Morgan said he expects to remain in quarantine for a few more days before returning to his family, as the astronauts’ immune systems may be weakened from a lengthy stay in space, making them more susceptible to the virus. 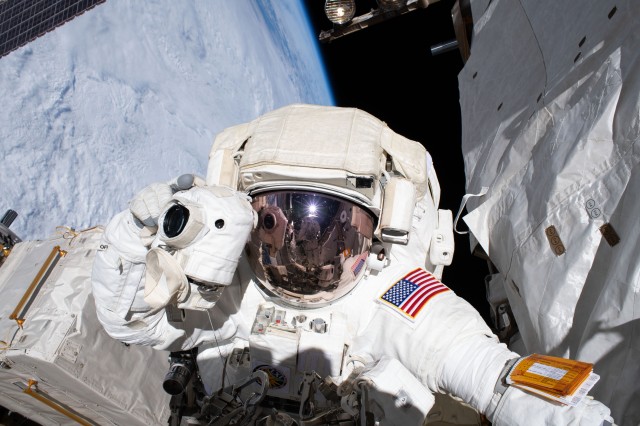 Morgan completed several milestones. He set the record for most consecutive hours in space by a U.S. Army astronaut.

Morgan said the mission ranked as the busiest in NASA history for spacewalks and cargo and robotics operations.

“It was a more rigorous and more operationally intense period than I ever expected to have on my first mission,” Morgan said. “Most first missions are not nine months long. So I was fortunate enough to be trusted to do a mission of that length for my first mission and all of the spacewalks and cargo vehicles and robotics operations that we had during that time.” 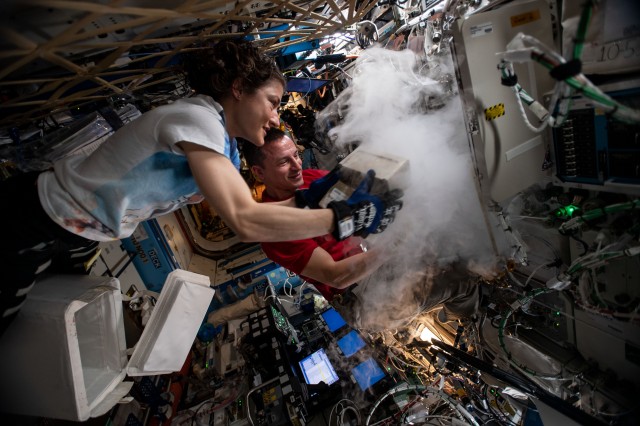 The emergency care physician further made history by swearing in 800 new Army recruits from the ISS in February. Morgan’s mission, which began on July 20, coincided with the 50-year anniversary of the Apollo moon landing.

Morgan and his crew conducted hundreds of experiments in Earth science, human research, biology, physical sciences and technology development. The astronauts studied how to go beyond earth’s orbit to the moon and possibly Mars. Morgan said their research also made advances on how the human body adapts to a microgravity environment beyond the earth’s atmosphere. Crew members included a Russian cosmonaut and an Italian astronaut.

“We’re learning a lot about the human body and how it responds,” he said. “And I can tell you firsthand from my experience, some of the unique adaptations that our body makes when we first adapt to microgravity and then return back to a gravity environment back here on earth and the changes our bodies undergo; our bodies are pretty miraculous in their ability to adapt.”

The West Point graduate considers himself a Soldier first and has stressed the positive impact the Army has had on his career. He likened the mission to an extended deployment, having served in Special Forces during deployments to Iraq and Afghanistan. 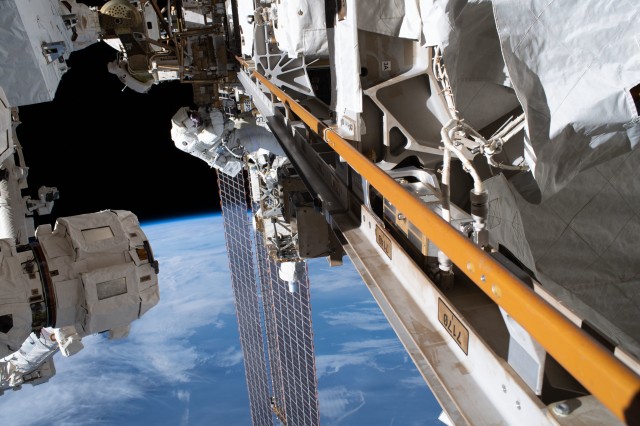 A veteran astronaut who joined NASA as part of the Class of 2013, Morgan had trained and waited six years for a trip to space.

Morgan said he brought unit patches and coins from each of the Army units he served with to the space station. He credited his Army training and field experiences with helping him successfully complete three NASA expeditions. Morgan’s Army training includes Ranger School, Airborne School and completing the Army’s Combat Diving Course.