“We’re not changing, we’re adjusting, and continually adapting in the environment no matter where we are, because we need to train, fight, and win,” said Gen. Paul Funk, the commanding general of Army’s Training and Doctrine Command, regarding new BCT policies.

As hundreds of new recruits begin pouring into training bases around the force, health and safety measures are in place, officials said. For example, BCT and One-Station Unit Training are implementing social-distancing practices and plan to train “at reduced capacity,” officials said.

This means smaller elements, Funk explained. “That way if we have a [coronavirus] breakout, we can control it and move the smallest elements forward and continue to progress people through the training pipeline.”

Several other protocols and procedures are in place from the time recruits leave their hometowns to the moment they step foot on training soil.

For two weeks prior to their ship date, future Soldiers are screened for symptoms of, and possible exposure to, COVID-19 by their recruiters and then by Military Entrance Processing Station personnel, Funk said. Also, during this time recruits will isolate themselves at home to limit exposure to the airborne virus. 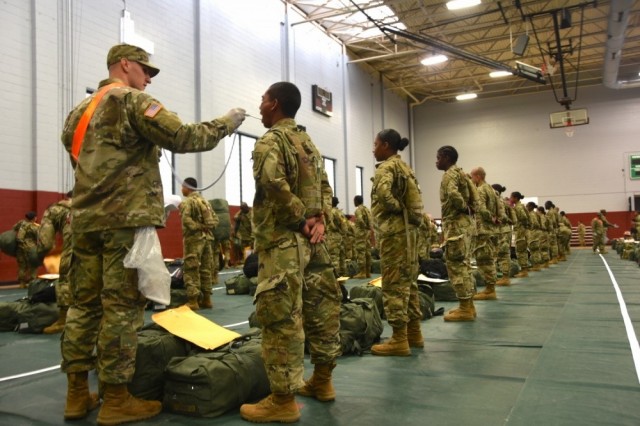 Once recruits show up to their assigned training center, they are screened again, Funk said.

Then for the first two-weeks after arrival, recruits take part in a modified training curriculum and have their health gauged daily.

Much of this time is classroom-based, held outside when possible, and recruits remain six feet apart. After 14 days – and if they are healthy – for the additional eight weeks of the 10-week schedule, recruits “hit the ground running,” Funk said.

The controlled monitoring phase will be a series of classes, which is an introduction to Army techniques that are normally scheduled anyway, he said. Classes include customs and courtesies, recognizing military rank, and preventing sexual assault.

The Army is also cautious about where future Soldiers arrive. Individuals from “low-risk” areas will ship to initial training bases, but “those who are in high-risk areas will be rescheduled for future dates,” according to a news release.

All four Army training centers have implemented these procedures “and they perform their conditions on the established procedures so when the recruits come in, we're making sure that we can form the safety bubbles necessary to get us through the training,” Funk said. 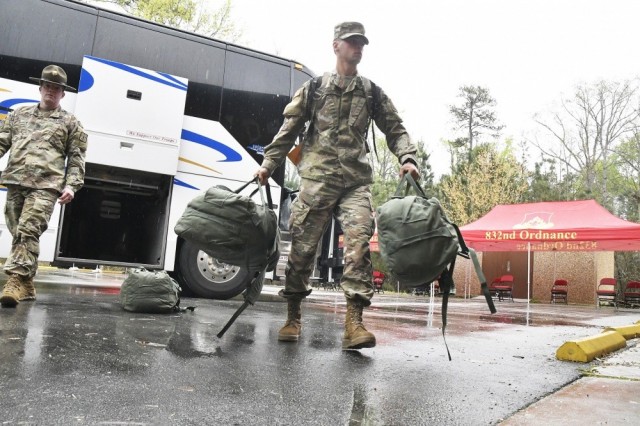 “We owe that kind of due diligence and commitment to our Soldiers and their parents, who send those same Soldiers to us each year to wear the cloth of our great nation,” he added.

These BCT changes are an example of how the Army is “adapting to the current environment, and adjusting the way it operates,” Funk explained. “Every day to fight our nation's wars, one of our greatest strengths has always been our ability to learn and adapt.”