The city of Busan announced that every fall, it will start early harvesting of ginkgo fruits that cause bad smells on city streets.

The ginkgo tree, which colors the city in yellow every fall, is a representative tree that is widely planted on roadsides because it is resistant to pests and pollution, but it has caused discomfort to citizens by causing a bad smell from the fruit. 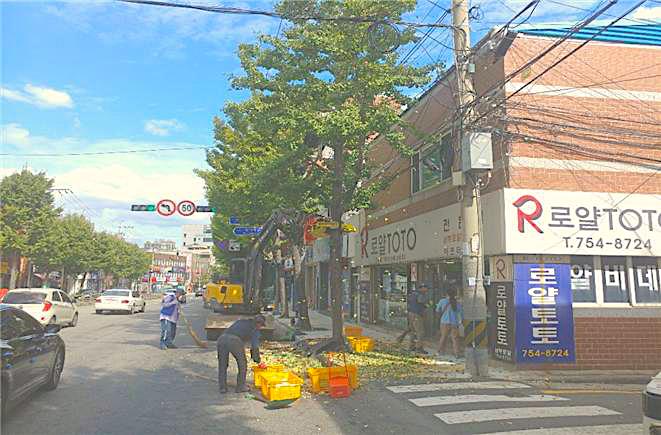 The city of Busan has organized and operated a task force for collecting ginkgo fruit by district and county to intensively harvest the fruit.

From mid-September to 15th of next money is designated as the intensive collection period, and they are being collected first in areas where pedestrian inconvenience is expected, such as bus stops, subway exits, crosswalks, and shopping centers around major arterial boulevards.

Fruits harvested that are judged suitable for edible use are donated to social welfare facilities such as the Senior Citizens Party.

Ginkgo contains lecithin, a component of nerve tissue, so it is effective not only to improve a person’s nervous system, but coughs, high blood pressure, and body fatigue, and also has high nutritional value as it contains proteins, phosphorus, and iron.

The city donated a large amount of ginkgo fruit that passed the inspection last year to welfare organizations.

Updates on coronavirus in Busan and local regions