By early 1941, President Franklin D. Roosevelt foresaw the strong likelihood that American military forces would soon become actively engaged in the raging world war that had been going on for two and a half years. He had already begun to actively increase the size of the military in case of such a moment. With the rapidly increasing number of military personnel in camps all around the United States, he realized that the troops needed some form of entertainment and relaxation they could look forward to in their limited free time. He reached out to private organizations and challenged them to use their collective resources to provide recreational and entertainment services for military personnel.

On February 4, 1941, an organization called the United Service Organizations (USO) was chartered to operate in conjunction with the military. Its original mission was to provide recreation for on-leave members of the U.S. armed forces and their families. They began to hold “Camp Shows” at military bases and in other locations across the country. Famous entertainers volunteered to perform for free for the troops. After the bombing of Pearl Harbor in December 1941, the U.S. military began deploying to overseas locations. The USO would soon follow them, even to some of the most remote and hostile war locations. By some estimates, between 1941 and 1945, the USO performed almost 300,000 shows before over 150 million service members. After the war ended, the USO disbanded in 1947. The USO was once again reorganized during the Korean War. It has been in existence in Korea, and everywhere else, ever since. In 2021, we celebrate and honor the 80th anniversary (birthday) of the USO.

Through the years and the challenges of wars - and now, even the in the challenging year of the pandemic of 2020-21, the USO continues to be there for America’s forces. In 2021, we are celebrating the 80th birthday of the USO. Our birthday celebration here in Osan, Korea looked a little bit different this year than in previous years. But COVID-19 couldn’t stop us from celebrating our 80th birthday. This year, we did not have the big gathering that we have had in previous years. This year, our celebration of the birthday was more innovative and included different events and activities. We celebrated by having our Lunch-on-the-Go free birthday lunch as a carry-out meal. We served a special boxed carry-out lunch to service members and their families who came to the center to honor the USO. Besides free food, while our patrons were at the USO center, we gave them a chance to spin a prize wheel to give them a chance to win a prize provided by our USO sponsors. We also posted trivia questions on our Facebook page during the birthday week. Anyone with a correct answer had a chance to enter a free raffle and win more prizes.

The most meaningful thing that happened on our 80th birthday at Osan was that the Team Osan / 51st Fighter Wing command leadership, base organizations, Airmen, and family members all joined USO Osan in wishing the USO a HAPPY 80th Birthday! They all participated in appearing in a birthday video (masks included of course). The video was posted on the USO Osan Facebook page for all to see the support of the USO that is shared by virtually all Americans, military and civilian. The USO and USO Osan Center are grateful to the greater Osan community that helped us celebrate the USO 80th birthday by being a part of a USO birthday video, and to the families of all Americans back home who cherish and support the USO. The USO will continue to do all that it can to keep families connected to their deployed loved ones.

In the 80 years since 1941, the USO has evolved. The USO continues to be the Force behind the Forces; leading the way, to unite all Americans to actively express gratitude and support members of the military and their families, at home, and abroad. The USO continues to lift the spirits of America’s troops and their families, but now, beginning in 2021, we are “Giving More Than Thanks” to our service members and their families. We have developed new programs and services to meet the needs of the troops and their families, while holding fast to the original mission.  We now also provide service members and their spouses programs that include transition services that will help them throughout their military service, and beyond. We will continue to be there for those who are serving or who have served their country.

At the USO, we believe that all Americans - united in spirit and action for our service members - can change lives, communities, our military, and our country for the better. 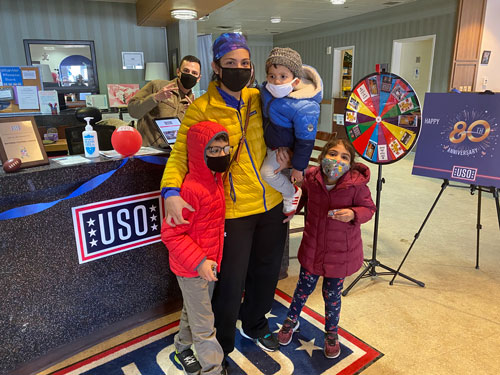 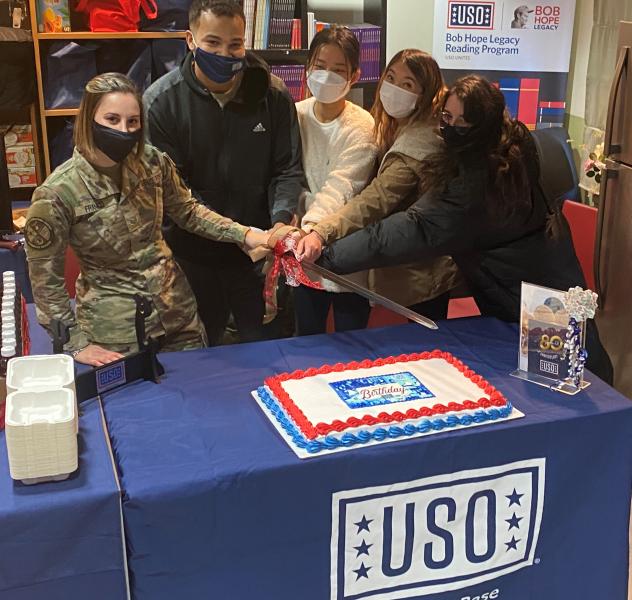 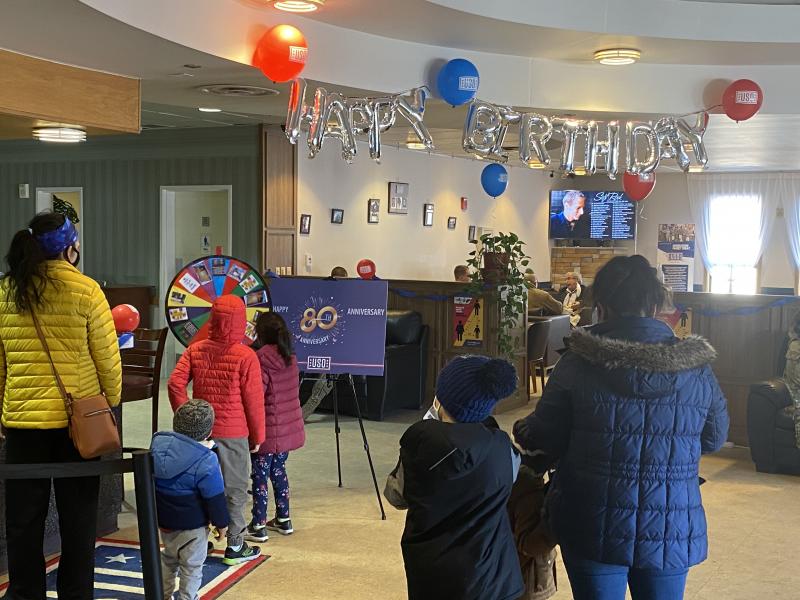