OSAN AIR BASE, Republic of Korea -- As a reminder for servicemembers and their families living on Osan Air Base, Republic of Korea, the operation of unmanned aircraft systems (UAS) on the installation is prohibited. Additionally, Korean Law prohibits UAS flights within six miles of active air fields and military installations.

The importance of having these laws and regulations is for flight safety, which could cause a danger to an aircraft and the crew. Additionally, there are force protection concerns for UASs being utilized for intelligence gathering and potentially as weapons. If a UAS is noticed around the installation, there are certain steps that can be taken to properly report the incident.

The No Drone Program focus is on the small commercially available type of drones, such as the Parrot, DJI Phantom or Mavic series and other similar type of commercial drones. Military members could be subject to prosecution under the Uniform Code of Military Justice. Civilians could be prosecuted under the U.S. Code and/or Korean Law, which may fine violations up to two million South Korean Won.

To report a drone or UAS sighting, contact the Base Defense Operations Center at DSN: 783-6515. 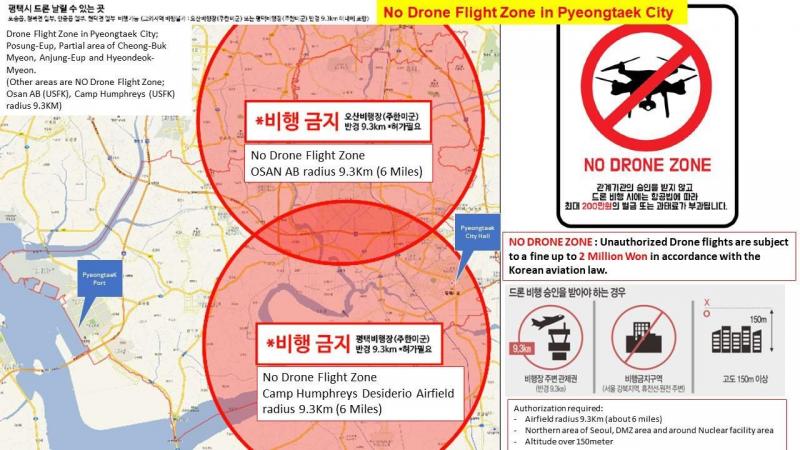 Managing the battlefield, JTACs captialize on A-10 Capabilities