For most people, their Senior year is a year to remember. For the softball seniors of Daegu Middle High School, it is a year they’ll remember how the community came together to #BeattheVirus.

COVID-19 shut down Daegu since late February, leaving the schools to revamp their education techniques with virtual learning, the Garrison Command put out restrictions and created a plan to keep the virus out, and the community members had their patience and resiliency put to the test.

With the schools being shut down, the sports season was also cut short.

Joy Sims, coach of the DMHS Warriors softball team, said, “Although this season was not the normal softball season, the girls were still dedicated to learning and playing the game.” The Warriors started practice in late March after receiving the go ahead and making sure the girls observed the policies set in place to combat COVID-19. “Our command and MWR did an amazing job providing us the opportunity for the kids to play sports,” said Sims.

Word got out in Daegu that the girls needed a team to play against, Shelly Clements reached out to the community to put a team together to give the Lady Warriors some game time. “I think these girls worked so hard and for the ladies to come together to be able to give them somewhat of a season is amazing. We have a pretty amazing community,” said Clements.

The DMHS Lady Warriors and the ladies team, Tiger Balmers, were able to play four games. Coach Sims stated, “DMHS girls practiced and played with lots of heart and grit. We were 3-1 against the adults.”

“It’s nice that we actually were able to play together as a team. Because of the coronavirus, we didn’t think we would have a season,” said Bell.

“It’s nice that the ladies got together to give us some games. With each game we got to see how each of us played as a team. We improved from each game. It was also nice to watch the younger players who would be playing after I leave as a senior.”

Lizama said, “At first I was upset upon hearing that all sports programs were cancelled due to COVID-19 but I can see how lucky I am to be able to go out and pick up a softball because all around the world people are in their homes.” Lizama also reflected on the games against the Tiger Balmers, “Our first game against the spouses was one to remember because not only did our girls learn what it means to work together and to fight against negative thoughts but we also learned a whole new ball game. Despite us being young or physically stronger the spouses didn’t go easy on us and that showed in their second and third game against us. They not only learned from how we played but it was clear that they were putting in as much work as we were. This season would have not been able to happen if it weren’t for the amazing community here in Daegu, South Korea.”

Coach Sims also reflected on the seasoning saying, “Coronavirus softball season provided much needed structure, built unique bonds and made many laughable memories. I am thankful for all that the command provided us and I truly enjoyed teaching, coaching and playing softball this year.” 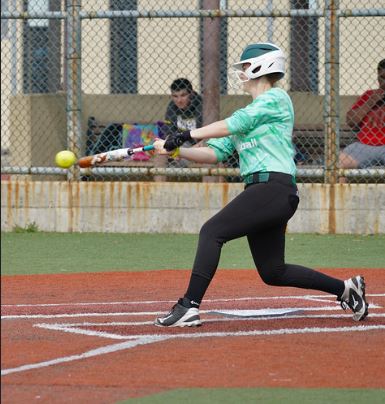 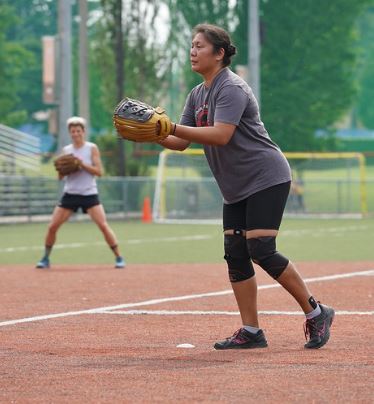 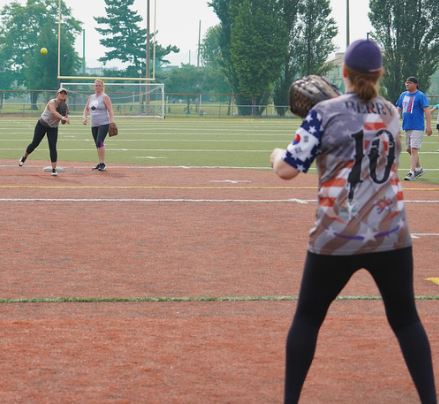 A Teenagers Thoughts and Feelings about Corona