Service as a way of life 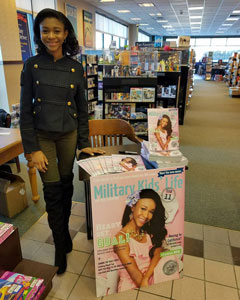 When people ask me what it’s like to grow up as the daughter of two servicemembers, I think about all the times my parents hugged and kissed me goodbye as they grabbed their equipment and rushed out the door. Those final moments together stayed with me for what seemed like a lifetime, as my parents completed whatever deployment or exercise or training they’d been assigned. At the time, I didn’t know why they left; I only knew that after our goodbyes, my grandparents took care of me.
During those long separations, my grandparents tried to explain to me why my mom and dad went away. Around age six or seven I finally began to understand: my parents were doing something important for our nation. They were serving our country. They were in the Army.
Although these realizations started to seep into my consciousness slowly, I kept busy during my parents’ deployments so the time would pass by.  Even as a younger child, I loved getting involved in the community and volunteering for one cause or another. I discovered music, too—and it soothed me. Learning to play the piano, violin, and saxophone engaged my hands, my brain, and my heart. Even during the times I missed my parents so much it hurt, music allowed me to escape. It was therapeutic.
Understanding how music helped me during my periods of loneliness inspired me to think about how I could help transform the lives of other people who are hurting. I started to think of teaching music, and performing it, as my own kind of service. After all, in my family we talk about service as a way of life. What better way to serve than with music, which was something I woke up thinking about, worked on throughout the day, and went to bed thinking about?
I pursued music and volunteering throughout the years my family and I lived in South Korea. I started performing in concerts there and I won several awards. I was featured on Armed Forces Network radio and on television broadcasts, and I entered several international competitions. Gradually, I started considering music as a career, rather than just a hobby. 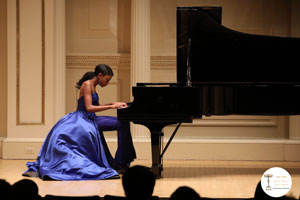 In between all of the concerts and competitions, my parents and I kept up our discussions about the best way for me to “give back” to the many communities I’m a part of—especially other military kids. I became the owner of   Military Kids’ Life magazine last year, at age 14, so I could give kids like me the opportunity to tell their own stories, and so we could create a community of our own.
After all, we need to know all the acronyms, too—like PCSing. That’s probably the most important one for us, since we have to continually switch schools, move into new homes, and make an entirely new set of friends. It’s not easy. Now that I’m a freshman at the LaGuardia High School for Performing Arts and Music in New York City, I’ve finally found a way to combine music, education, and friendships. I also study at the Manhattan School of Music Pre-College Program, and I’m a member of Carnegie Hall’s “Future Music Project” ensemble.
It probably sounds like there’s not a lot of free time in a schedule like that. It’s true. I’m certain that being a military kid—always adjusting to new circumstances and meeting new people--shaped me into the kind of person who could thrive in other demanding situations (like auditions and competitions). I was born in Germany, I lived in South Korea, and got to know several cities and towns while posted around the U.S.—so being with other high school kids from practically every nation in the world at LaGuardia High School doesn’t phase me.
Now, my music gives me confidence, and my commitment to service allows me to take risks that would have otherwise seemed daunting. For example, I raised more than $12,000 for Children’s Miracle Network Hospitals—and I was then recognized by the Miss America’s Outstanding Teen organization as the third-highest fundraiser among the 51 state representatives. I also represented New York at the Miss America’s Outstanding Teen competition, where I won a Preliminary Talent Award and was named Outstanding Instrumentalist for the competition. I have also won the Apollo Theatre’s “Stars of Tomorrow” Competition.
Each time I have to do something that seems impossible, I think back on how generations of servicemembers must have felt, as they too prepared to do something that seemed impossible—but with far more serious consequences. I’m in awe of these servicemembers, like my parents, who handled their responsibilities with professionalism and whose actions have benefitted all of us Americans. Thinking about their sacrifices keeps me focused on achieving my own goals—in music, in academics, and in volunteerism--so that I can continue to contribute to the communities around me.