Consisting of beautiful hanok houses on the coastline, Baudeogi is a great choice to enjoy mouthwatering traditional Korean cuisine for any occasion.

Rumour has it they named this restaurant after a person in the Joseon Dynasty who was the first and only female head of a touring performance group.

Fascinated by the beautiful hanok style architecture and the surrounding greenery, we could not wait to see the inside. Upon entering the turtle-knobbed door entrance, the front of the house was complete with a natural traditional-style old wood that did not disappoint. 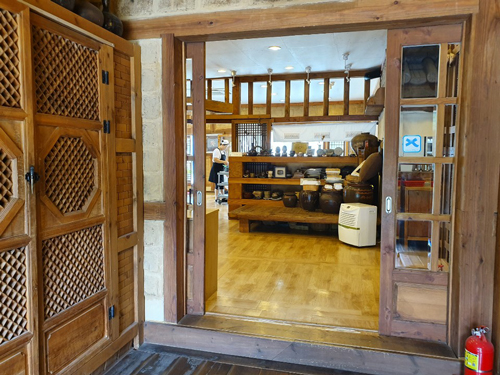 It feels like you have entered a more refined ambiance than typical modern restaurants with simple classic touches that takes you back in time at this down-to-earth eatery. 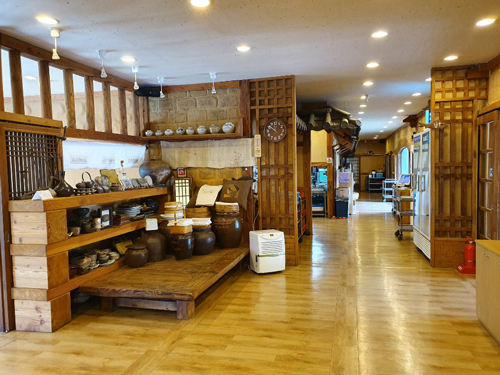 The restaurant’s wide-open and well-maintained interior speaks of simple elegance, creating a peaceful, relaxing atmosphere once seated in one of their private rooms.

There are four kinds of course meals. The Duck Bulgogi course and Bossam (boiled pork slices) course are served for 15,000 won per person, Deogi course is for 25,000 won, and Baudeogi course for 35,000 won. For the Deogi course, both duck bulgogi and bossam are served, and for Baudeogi, there are additional dishes including galbijjim (beef rib stew). 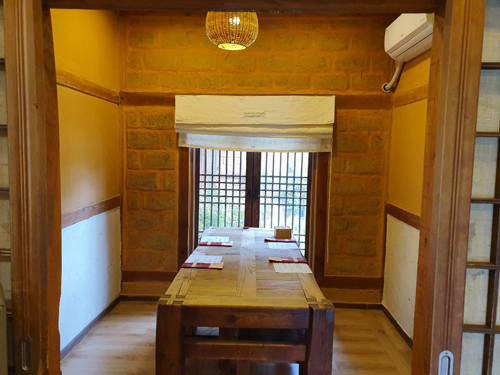 After ordering, we were first served with a thick, rich pumpkin soup followed by many fresh, vegetable dishes. The little spicy duck bulgogi was exceptional, and the tender, melt-in-your-mouth pork slices were amazing. Although lettuce was served for meat wraps as in most Korean meat meals, the natural taste of the marinated meat was more than satisfying. 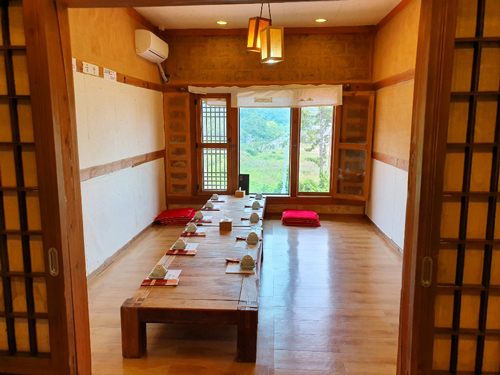 When we were nearly finished with the meat course, the ensuing rice course was served with several more side dishes and an accompanying delicious doenjangjjigae (soybean paste stew).

While all the dishes do not look particularly large, there was such a wide array of food that was more than we could finish. The Deogi course would be more than enough for two and that will make you leave full but not like you’ve overdone it — an almost fresh-feeling full if you will. 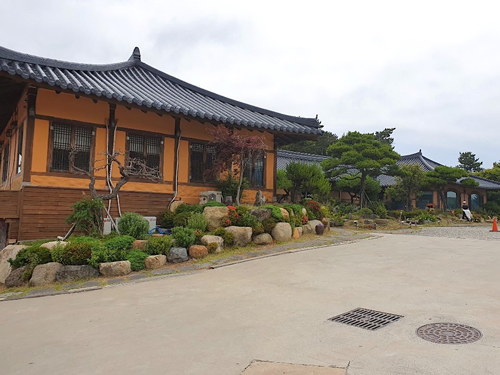 After dining, a nice refreshing walk around the perimeter of the grounds is also a treat. Haegwang Temple and Yeonhwari are also nearby if you’re looking to make an afternoon out of it.

It can be packed during lunch time so reservations may be necessary.

Match made in heaven: Pairing Korean food with tasty wine