Born in Taiwan in the 1980s, and now spreading like a wildfire worldwide, bubble tea (or boba tea), has taken over the busy streets of Korea. Although the delightful drinks are dominating Korea’s beverage market these days, this isn’t the first attempt to get these colorful drinks in the hands of young people.

After making it big in Japan in the early 2000s, bubble tea slowly made its way to the peninsula, but that stint was short-lived. Bad batches of tapioca imported from China caused Korea’s bubble tea decline then.

Today, the sweet drink is back on the scene and is all the rage as a good substitute for coffee. Tea shops are popping up everywhere and the market is getting aggressive.

With so many to choose from and different varieties to try, check out three Pyeongtaek bubble tea shops for your initiation into tapioca tastiness. 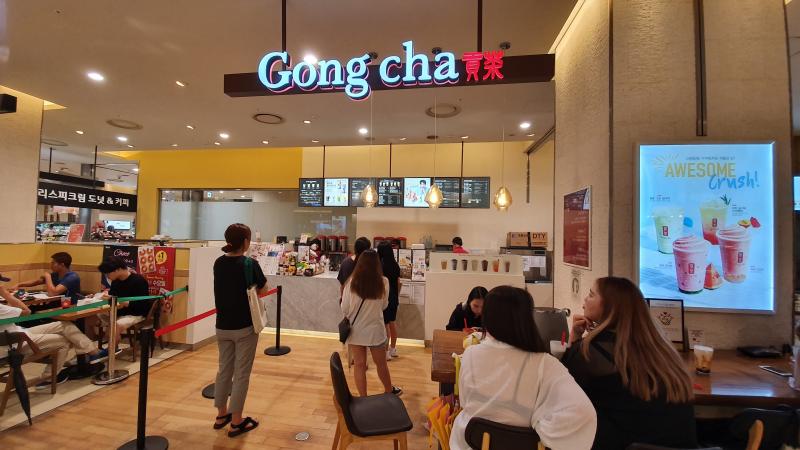 Founded in 2006 in Taiwan, Gong Cha, was the first to introduce the current iteration of bubble tea with sweet milk and tapioca pearls in Korea. The company has the largest number of stores among bubble tea chain stores here. So, when most Koreans think of bubble tea, they think of Gong Cha.

Although this safe bet chain bubble tea store is easily found at a busy street in big cities like Seoul and Suwon, there is only one Gong Cha chain store in Pyeongtaek. Find it in the basement of AK Department Store in Pyeongtaek Station.

Their extensive and customizable menu will satisfy your taste buds, and their menu allows for the addition of milk foam, coconut, aloe or extra tapioca pearls on top. 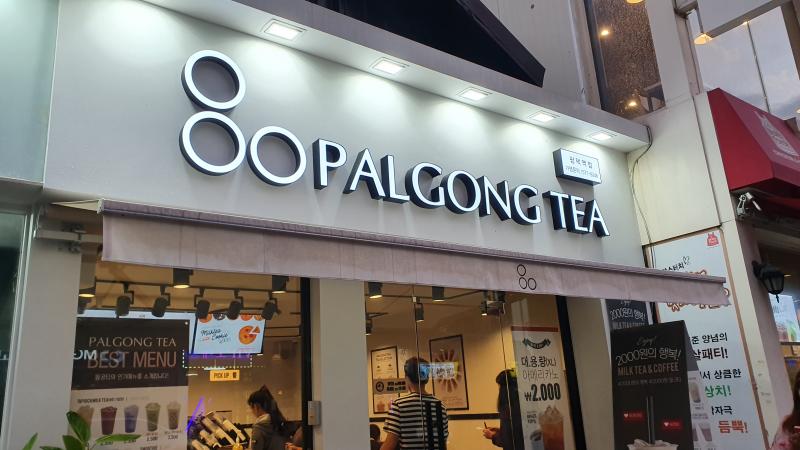 Only a 5-minute-walk from Pyeongtaek Station, you’ll find Palgong Tea, another Taiwan-inspired bubble tea chain store, which recently opened. This store is minimalist in its décor and offers tea drinks similar to Gong Cha’s, except at half the price.

Like other chain stores, they also offer a vast selection of great drinks and cookies as well. I tried the original milk bubble tea for 2,000 won (or $1.61), which had a nice milk and brown sugar balance. The tapioca pearls weren’t as chewy as I expected.

Look out for the “8” sign, Palgong’s logo, for a quick, inexpensive cup of bubble tea. 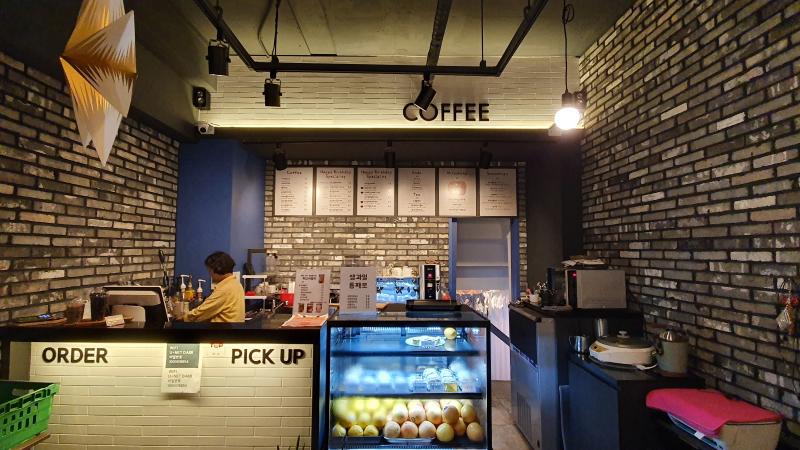 HAPPY BIRTHDAY opened in March of last year and is a departure from the imported chains that are taking over. The store offers a cozy atmosphere and is a great spot to fill your Instagram with bubble tea pics.

HAPPY BIRTHDAY embraces its air of exclusivity with a small menu and moderate tea prices, while drawing in many young people eager to get their hands on the fashionable drink. The tapioca in this tea is chewy and, according to the menu, is made with a secret traditional ingredient. Stop in for a to-go bubble tea as you explore Pyeongtaek’s old downtown.

Drip coffee at its finest at Café DIA in Korea

Boxquare serves a variety of unique foods and drinks

South Korean man with coronavirus is from Pyeongtaek, US military says, urging caution