This place is a very small and old-fashioned street food style restaurant run by a humble married couple. However, the food is impeccable -- especially their jjorudong is a definite must.

Situated near Yeongdo Middle School in Yeongdo-gu, Baekseoldaehak packs a punch with amazing old-fashioned street food with their no-frills approach to dining.

Run for about 20 years by a humble married couple, the food is impeccable — especially their jjorudong (a thicker, chewier udon noodle in a thick broth) is a definite must-order.

Before entering, you can check out the beautiful view of the ocean from the hill which offers a different view that you can see from the Gwangan or Haeundae area. The blue skies of the day and glimmering water somehow brought me memories of my childhood. 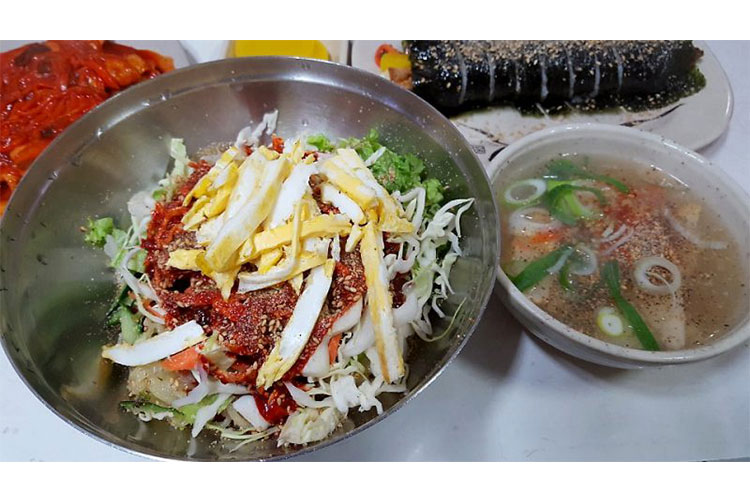 I had a craving for jjorudong, a dish I probably haven’t had for 20 years or so, and had heard about this place so I thought I’d give it a go.

And it did not disappoint.

At first, it seems like just one of those ubiquitous small street food restaurants that are usually around middle or high schools in Korea. But upon the first bite, the only thing I could concentrate on was the food which was one of those classic “don’t judge a book by its cover” moments — this hole-in-the-wall restaurant may look a little dingy, but they know how to do good food.

They are not cheap or stingy when it comes to ingredients in quality nor in amount. Fresh and high-quality vegetables, fish cake, egg, and fried bean curd are used making even the most traditional dishes taste special. 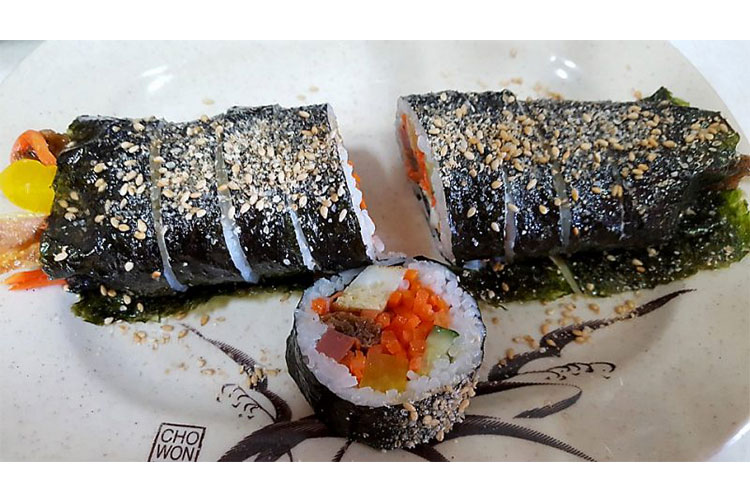 The jjorudong noodles, which cost 4,500 won, were perfectly cooked and blended harmoniously with the thick and rich soup. The seasoning of jjolmyeon, cold bibim chewy noodles, was incomparable to any other that I have had. It was nicely spiced, with a unique sweet and sour taste. The savory gimbap, which is made-to-order, was also well-seasoned and not salty.

While many of their regular diners are big fans of their tteokbokki, I found it to be just average, though that could have been because I was still savoring the noodle dishes. The cheap price tag of 2,500 won makes it worth a try if you’re in the mood.

Fried mandu (dumplings) are served for 3,500 won or you can opt for the mandu and tteokbokki set for 3,500 won. 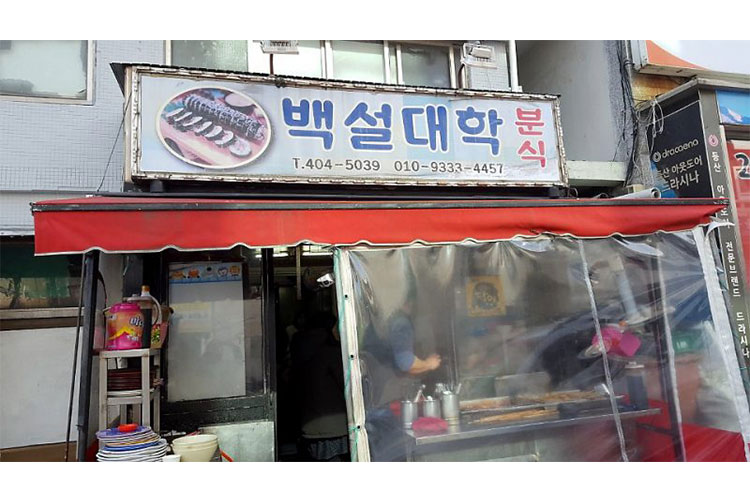 There is a saying that the owner ordered ‘baekseongdaehak‘ for the sign to mean ‘food for baekseong (old Korean word for populace)’, but the sign-maker misunderstood and made a mistake so it became baekseoldaehak.

There are only six or seven tables and it is very busy during lunchtime. Side dishes including kimchi, water and fish cake soup are self-serve though be aware that they may close earlier if the ingredients run out.

Take out: Available for some dishes

Ginseng Chicken Soup for the Soul at Yuna Samgyetang