Chase that hangover away Korean-style – Ilgwang Susan in Haeundae

Chase that hangover away Korean-style – Ilgwang Susan in Haeundae

Ilgwang Susan is the kind of restaurant you want to visit after a long night on the town.

Known for its pufferfish on the first floor and hoe on floors two to five, the restaurant has become a go-to for locals looking to relieve hangovers.

One night after drinking, we went there for haejang. We weren’t really in the mood for a Korean tang-like soup, but we were all pretty hungry after drinking so much, so our group of three ordered the cheapest kind of pufferfish suyuk for two.

The side dishes were all delicious. It was interesting to have one kind of tteok (Korean rice cake) as a side dish, but it was very soft and delightfully chewy and I could not stop eating it. Just a note — you will also get more kinds of side dishes if you order the pufferfish soup menu.

The pufferfish we were served was plentiful and fresh and with the accompanying vegetables, it was more than enough for the three of us without rice. The soup’s broth was a hearty flavor that was perfect to end the night of drinking and to wake up without a hangover.

They also serve fried pufferfish for 20,000 won and spicy pufferfish skin salad for 10,000 won. It can be an option if you want to try something new or if you are not in the mood for soup. 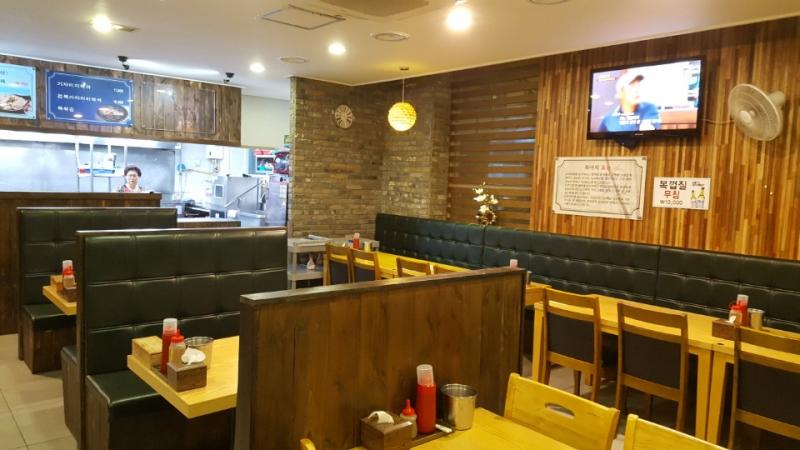 While the restaurant has been packing customers in for around 20 years, the interior is still fresh and clean and has a modern style with comfortable seating.

Lunchtime is usually quite packed, and if you’re out in Gijang, there is a second location that is also available.

Five exceptional restaurants to wine and dine in Busan