Recently opened, Gramma is on a scale not quite seen in the city.

Boasting an impressive international menu of dining options, it officially opened on July 14th at BIFF Hill at the Busan Cinema Center in Centum City.

It also played host to the Kiwi Wine Festival in Busan, giving guests a preview of what was to be expected when they opened just a few short weeks later.

While the name “Gramma” might be mistaken for “Grandma”, it’s anything but what the name actually means, which is a closely guarded secret with the owners. 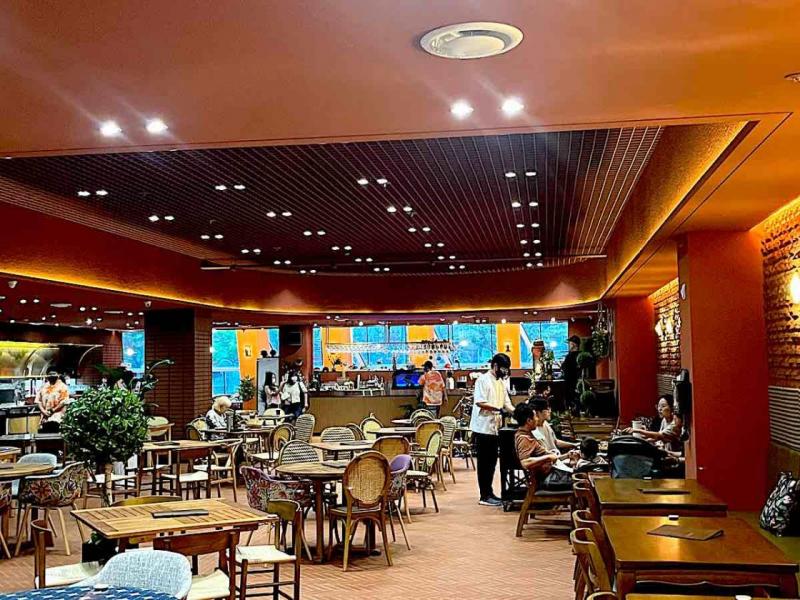 Gramma — Grand Scale and Impressive Dining
Holding one of the largest, if not the largest dining space in the city, Gramma has two large tastefully decorated dining rooms, four private dining rooms, and a yet-to-be-opened conference/banquet room that can accommodate up to around 60 people.

It also has a wine shop, with brands from around the globe available for purchase.

Gramma is the brainchild of the husband of wife team of Deoksoo Han and Miri Jung, also proprietors of Kangaroo Point in Marine City, among many of the establishments under their care. 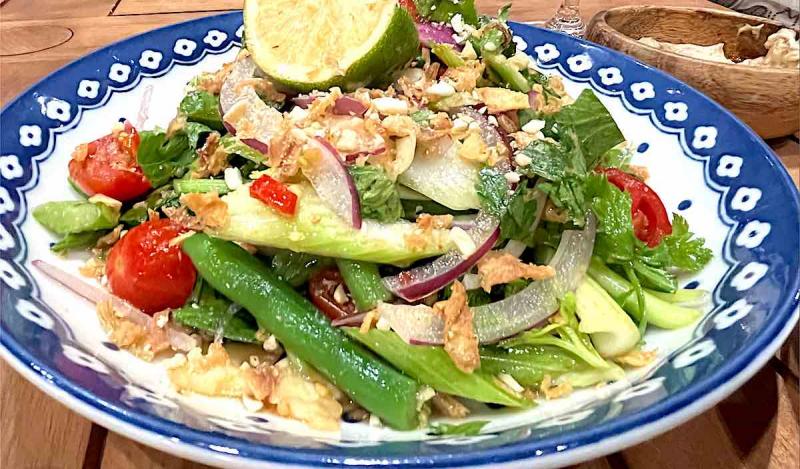 The dining options are an international mix from around Asia and the Middle East, with seafood and steak, pizza, pasta, hot pots, salads, and the not-to-be-miss Gramma Signature Steak Set. 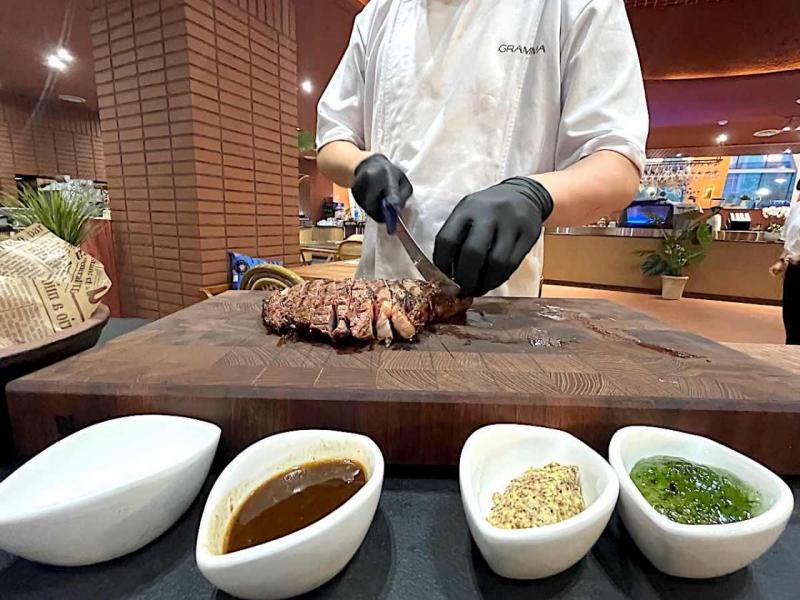 The steak set, which will set you back 220,000 won, includes a large portion of Tomahawk Iberico Beef Steak, Pork Tenderloin, and Lamb chops all cut and served in front of you and comes with a choice of pasta.

Pastas, which include a spicy Rose pasta, fettuccine alfredo, king prawn olive-oil pasta, and a spicy rigatoni, all range from around 23,000 won to 28,000 won.

Additionally, after ordering, you are presented with fresh hummus and freshly baked pita bread, which is complimentary while you wait for your food.

If you’re seeing an alternative to the regular restaurants in town, Gramma is definitely one to put on your list. 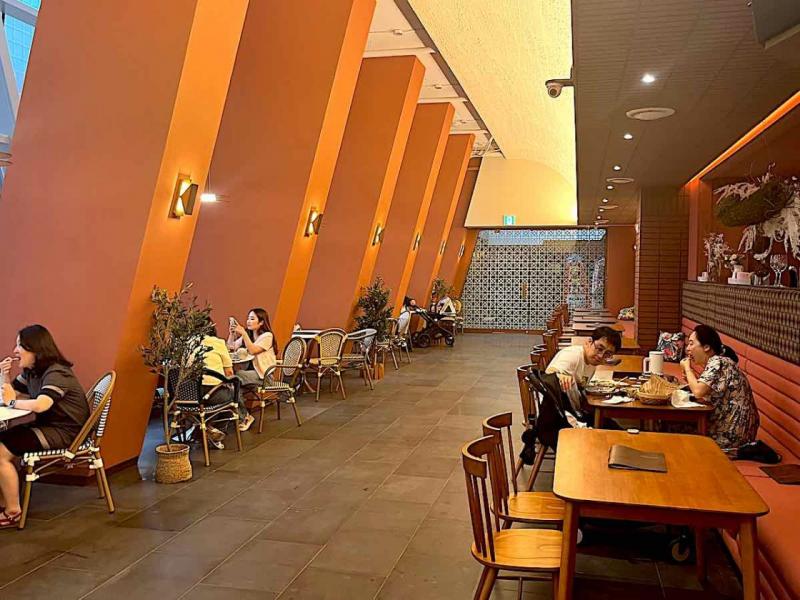 Taste of Spain in Busan restaurants