Seolleongtang (ox bone soup) is one of the most popular soups served in South Korean restaurants. The milky bone soup features a thick taste and richness thanks to the careful simmering of ox bones over a low flame for over 10 hours.

Many Koreans believe ox bone soup helps enhance their health and stamina. So, my mother used to buy ox leg bones called sagol and make the soup often when I was a kid. The nice beefy smell coming from the kitchen meant we’d be having ox bone soup for at least a few weeks. And yet, I still never got fed up with it.

Due to the time-consuming process, many folks these days skip making it at home. Luckily, Pajuok (파주옥), a chain restaurant with locations in Pyeongtaek, serves up the savory gomtang (or beef bone soup), a similar version of Seolleongtang.

One of the clear differences between the two is the clear broth of gomtang. That’s because gomtang is made with different cuts of beef and seolleongtang is a beef bone soup made by boiling the head and other bones of an ox until the broth turns milky white.

You’ll find Pajuok’s main shop a stone’s-throw from Pyeongtaek Station. After the completion of the seawall of Pyeongtaek Lake in the early 1970s, this soup spot was promoted naturally through word-of-mouth by anglers and became a must-visit place among them.

The flagship restaurant adjacent to the station had a faded sign and retro-style tiled wall outside demonstrating it had withstood the test of time. There is always heavy traffic around the restaurant and a lack of parking space, so if you’re going to drive, visit the location in Seosabul instead. I wanted to experience the rustic and vintage vibe, so I visited the original shop.

I settled in the small open room near the kitchen and ordered gomtang for 10,000 won (or $8.16). Celebrity autographs on the wall caught my eye while I waited for my soup. On another side of the wall, there’s a different signboard that implies that the restaurant was on a popular food TV show.

My simmering gomtang reached my table in a short time. First, I gave the kimchi that came with my soup a try, which is a good criterion for folks to measure whether the gomtang place is good or not. The star of the show was definitely the kimchi. The mouthwatering kimchi set — geotjeori (or fresh kimchi) and kkakdugi (or sliced redish kimchi) were amazing!

After performing the ritual of tasting the kimchi, I had high hopes for the soup with rice and sliced green onion. The beefy soup wasn’t disappointing and reminded me of home, and the meat in the soup was so tender.

While the common way to enjoy the bone soup is just to add a pinch of salt, the staff at Pajuok recommended adding a seasoning called Dadaegi that is served on the side. Or if you drank too much the night before, add the juice of cubed radish kimchi. The tangy juice of sliced radish kimchi will give a different flavor to the soup. It is said to be a good way to relieve hangovers.

Pajuok’s menu also offers boiled beef, ox tail soup, and beef cartilage, which pairs well with the soju on their drink menu. Due to the customers coming and going, the place has a bit of a busy atmosphere like a fast-food chain store but overall, I was satisfied my meal.
Warm up with a fresh bowl of ox bone soup at Pajuok— you’ll love it! 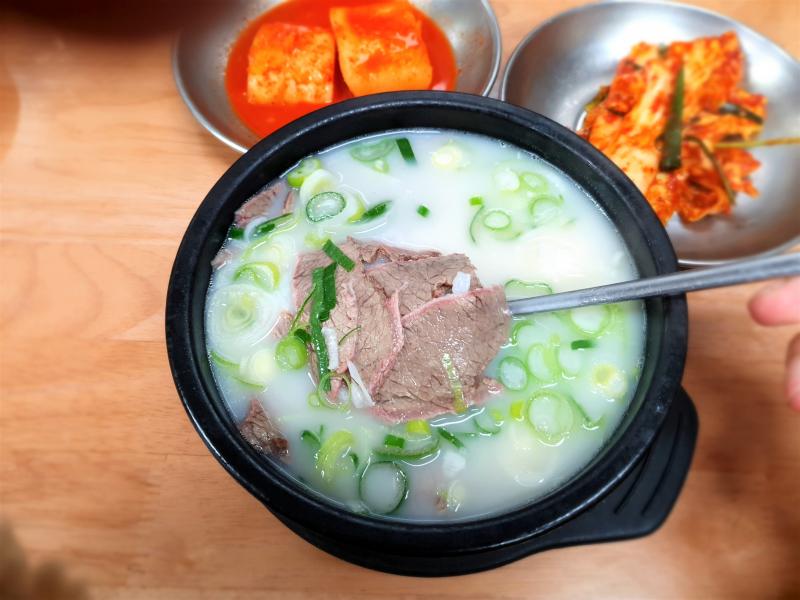 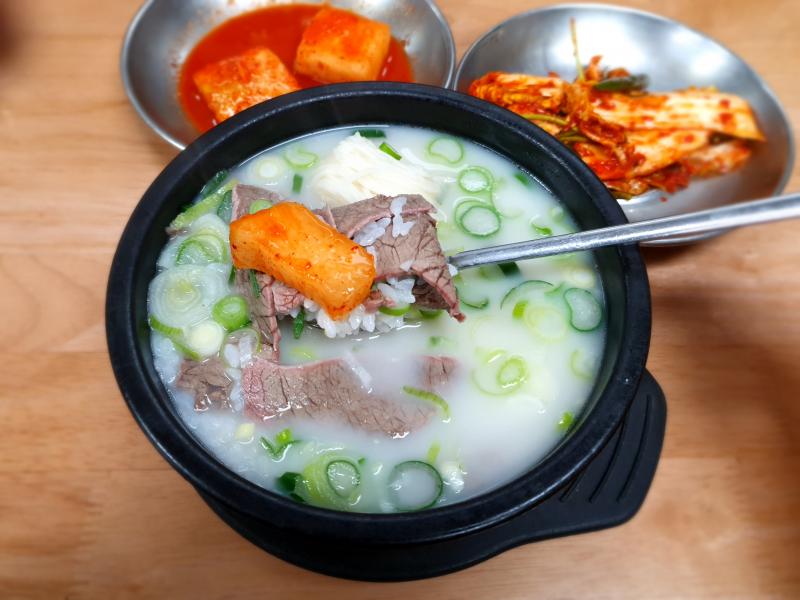 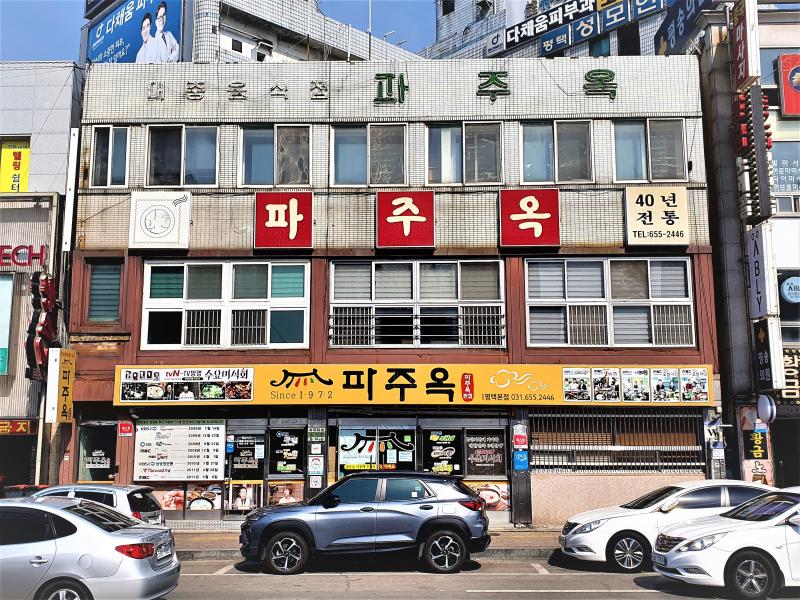 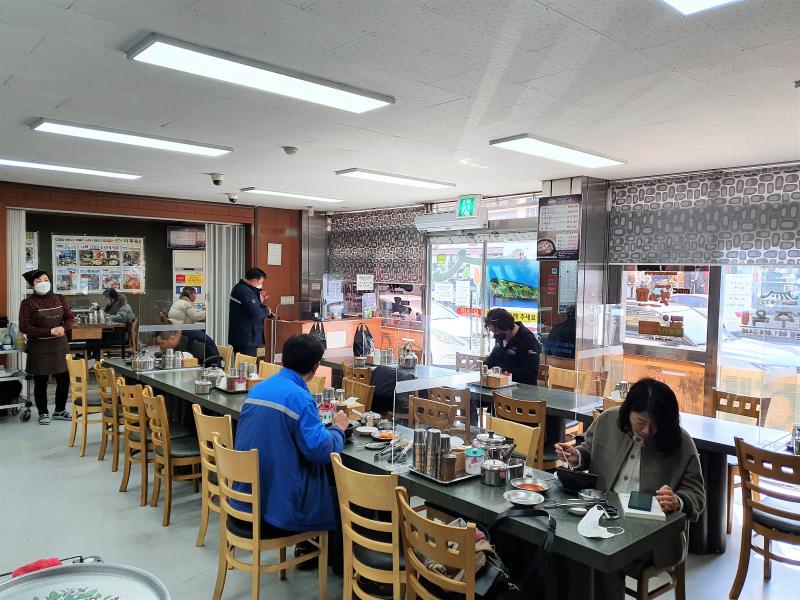