Since their invention in ancient China more than 3,000 years ago, chopsticks have been widely used in Asian countries. In South Korea, “jeotgarak” means chopsticks.

Being an important tool for dining, Koreans learn to use “jeotgarak” as infants. Koreans consider the handling of chopsticks a necessity for good table manners, and for children and adults alike, table manners are very important. This even extends to the manner in which the chopsticks are presented in the table setting: in Korea they are placed vertically on the table.

Growing up, I remember my father teaching me how to pick up black beans he had scattered on the table with only chopsticks. I also remember getting scolded for sticking chopsticks straight into rice. Same as in Japan, this is a no-no as it resembles a funeral tradition.

Whether you’ve mastered the art of chopsticks back home before coming to Korea or not, you’ve probably noticed that the chopsticks here are a little different than what you’re used to.

In Korea, chopsticks come in a variety of metals or stainless steel. Though the reason behind this is often debated, it is believed that Korean royalty first introduced silver chopsticks as a way to detect poison in their food. It was thought the metal would change color if the food was, in fact, poisoned. Later, brass and iron chopsticks would gain popularity amongst non-royals. 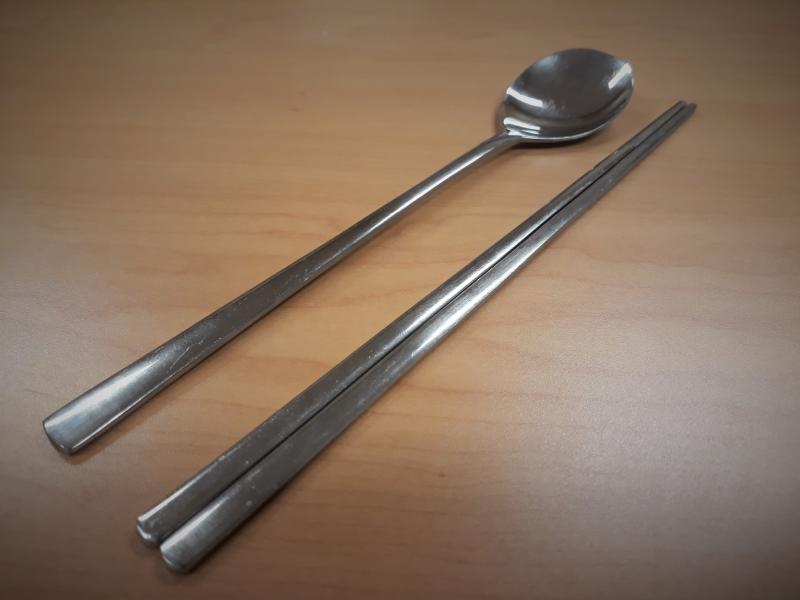 Diners will also find spoons with long handles accompany the chopstick set. In Korea, when it comes to rice and soup dishes, the spoon reigns king; chopsticks are used for the sides. Suejo is the term for refers to the chopstick and spoon set. “Suejo” is a play on the Korean word “sutgarak” for spoon and “jeotgarak” for chopsticks. But be careful! Using both simultaneously is considered unsightly and rude.

In Korea, we love to share our food, so our chopsticks are slightly longer, making it easier to share dishes and reach across the table for that last piece of juicy bulgogi.

Since metal tends to be a little slippery for picking food up, the chopsticks in Korea come flat, rectangular and rough at the ends for good gripping purposes.

Despite all the scolding and the rigorous training I had to endure, like many Westerners, I still feel uncomfortable using stainless steel chopsticks. But, at least I won’t have to worry about my food being poisoned.

Planning a visit to Japan? 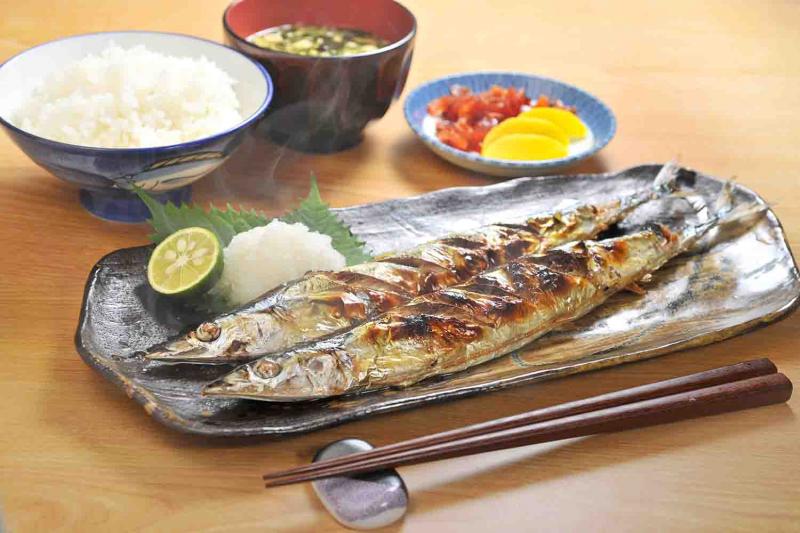 You’ll notice the differences of Japanese chopsticks both in aesthetic and in use.

- Hashi is the Japanese word for chopsticks.

- Japanese chopsticks are typically made of wood or bamboo.

- Because fish is an integral part of the Japanese diet, chopsticks there are sharp making them perfect for deboning fish.

- For table setting, the chopsticks sit horizontally near the diner.

- On the scale of length, Japan’s are slightly shorter than Korea and China’s chopsticks. However, cooking chopsticks are long enough to ensure that the cook will not burn themselves while stirring the meal.

- Chopstick etiquette is something both cultures take very seriously and teach their children early on.

- Sticking your chopsticks into a bowl of rice is also a no-no in Japan. Here it is also a funeral rite.

- The same goes for sticking food with your chopsticks or passing food from chopstick to chopstick.

- Don’t stick chopsticks in your mouth or eat directly from a communal bowl.