After my trip to Jeonju a few months ago, a historic Korean city known for its iconic bibimbap, the taste of Jeonju's specialty seemed to always be on my mind. To cure my bibimbap craving, I headed to Seopgil Boribap, a bibimbap establishment in Bijeon-dong, Pyeongtaek.

Seopgil Boribap (섶길보리밥) opened its doors in 2020 and is a small, neat, and clean restaurant that serves up nutritious barley bibimbap. The Korean staple can easily be found in humble eateries run by typically elderly people, so I was leery of Seopgil Boribap’s good online reviews since I believe many restaurant owners these days tend to care way more about the vibe or interior than the taste of their food.

To check the truth of the impressive online review, I decided to give the eatery a try. If you drive there, you can park your car right in front of the restaurant or in the free public lot nearby. I sat next to a window where I enjoyed the scenery of a waterside park. As for the food, I opted for barley bibimbap (or bori bibimbap) for 10,000 won ($7.86). For a side dish, I ordered nokdu-jeon (or mung bean pancake) for 6,000 won. It looked tasty on the review webpage, so I thought I should give it a try.

While waiting for my lunch, I noticed small jangdoks (or earthenware crocks) lined up on the restaurant’s tiny patio, which was a good sign that they might use homemade doenjang (or fermented soybean paste) for their bean paste stew. After a couple of minutes, my bibimbap and nokdu-jeon were served at my table. The bibimbap came with eight different types of colorful veggies, and a couple of free side dishes, including red pepper paste sauce. 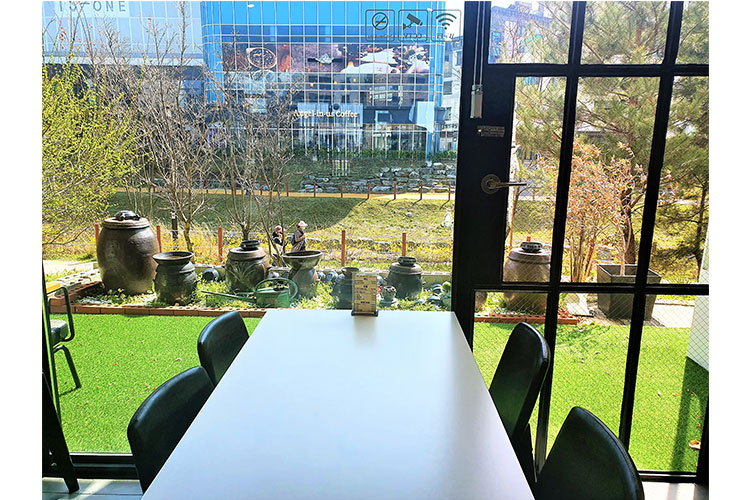 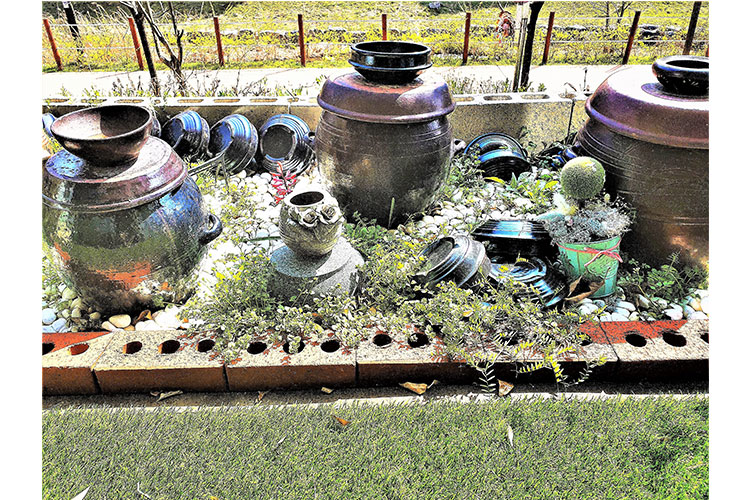 I poured every veggie on the plate, four spoons of soybean soup, and some gochujang into a bowl. Don't forget to add as much sesame oil as you want because bibimbap isn’t complete without adding the savory oil. Right after mixing up all the ingredients, I dug in. The veggies were fresh and cooked to perfection. Most of all, I loved the taste of the soybean stew. After my first bite, my doubt about the positive online reviews vanished. It wasn’t the best I ever had, but it was tasty! 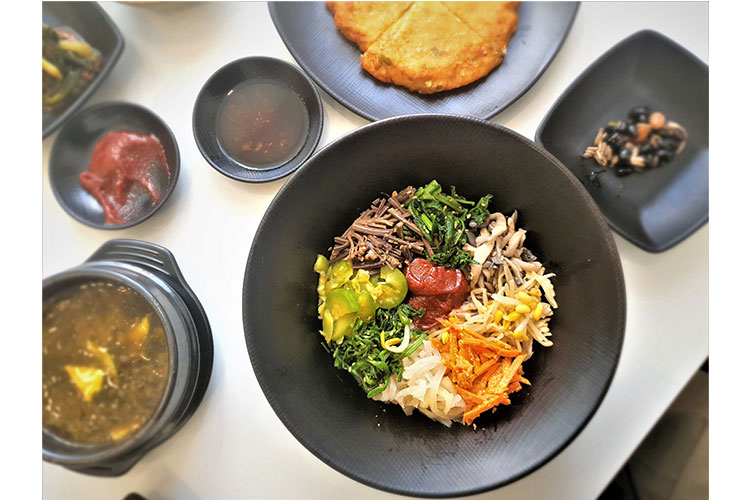 The owner of the restaurant told me that they use soybean paste made from mixture of handmade and factory-made soybean paste. My gut feeling proved correct! This is a way she set the eatery apart from others.

Come with a designated driver or use public transportation if you’re thinking of ordering Korea’s famous alcohol drink makgeolli, which goes well with their nokdu-jeon(or mung bean pancake) and memil-jeonbyeong (or buckwheat crepe)!

Not in the mood for bibimbap? Try their sujebi (or hand-torn noodle soup), which is made from dried radish greens. It is another beloved menu item, along with bori bibimbap, among locals. 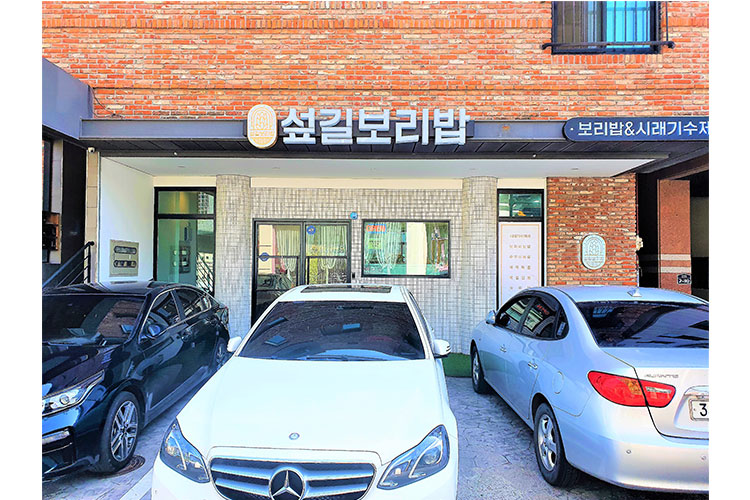 Day trip to Jeonju City takes you back in time