Sulbing’s bingsu keeps you cool in the Korean summer

Sulbing’s bingsu keeps you cool in the Korean summer

From bingsu shaved ice to Subak-hwachae Korean watermelon punch, there are so many light, refreshing and sweet desserts you can enjoy in the South Korean summer. Among them, bingsu is probably one of the most popular summertime treats on the peninsula. 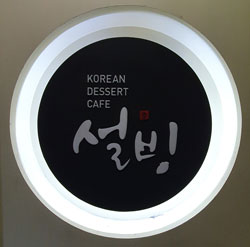 For me, summer isn’t summer without bingsu and my go-to place to grab some is Sulbing, a chain dessert café. Sulbing has been serving up shaved ice with various toppings like cookies and fruits since 2010 and now boasts over 500 stores nationwide and in other Asian countries.

In Pyeongtaek, you have eight locations to choose from. Nowadays, this chain store is not as popular as it used to be, but it is still a great place to enjoy the icy treat. I recently visited the location that is a five-minute-walk from Pyeongtaek Station as I knew it would be less crowded than those in my neighborhood.

I opted for injeolmi sulbing bingsu, shaved ice flavored with condensed milk and covered with almonds, bean powder and rice cakes, for 8900 won and added dark chocolate churros as a side for 3,000 won more. One of my favorite things about the menu at Sulbing is that its shaved ice includes rice cakes and various fresh toppings unlike at other shaved ice shops. Another plus— the ice at Sulbing is as soft as snow thanks to the ice machine imported from Japan.

The portion size was perfect and it wasn’t too sweet. The light flavor and the chewy injeolomi rice cakes went well together.

Since my friend doesn’t like sweets, I had the chocolate churros to myself. These super sweet churros were perfectly crisp and pillowy on the inside. They came with a chocolate dipping sauce and I loved every bite.

Sulbing has a variety of bingsu flavors to choose from, so try them all! In addition, they also have a food menu featuring spaghetti, pizza, stir-fried rice cakes, corn dogs, black bean soy sauce noodles and more.

Head into Sulbing for a great Korean treat, you won’t regret it in this summer heat! 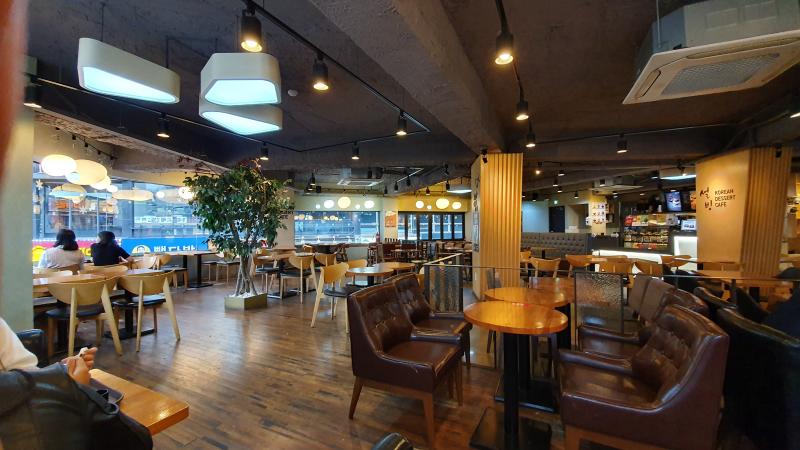