Taste of Korea: Ramos Burger in Chuncheon famous across ROK

Taste of Korea: Ramos Burger in Chuncheon famous across ROK

Though the no-solo diner rule isn’t great, thanks to it I was able to find a great burger place called Ramos Burger. It’s a pretty famous restaurant in Chuncheon and only a five-minute drive or a short walk from the canoe dock. 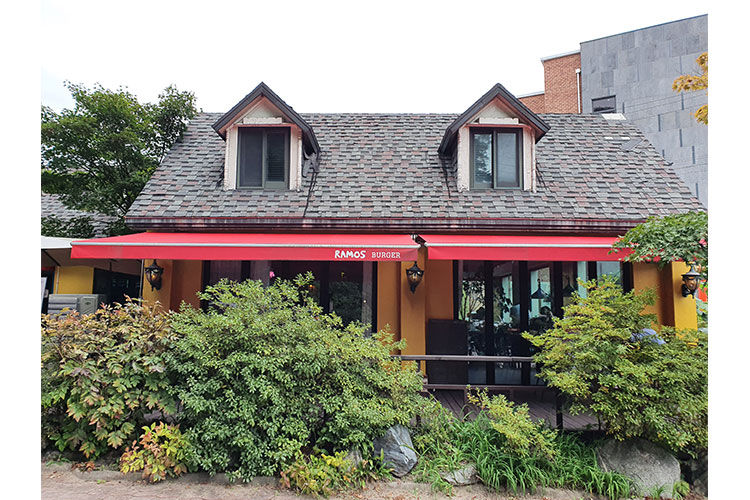 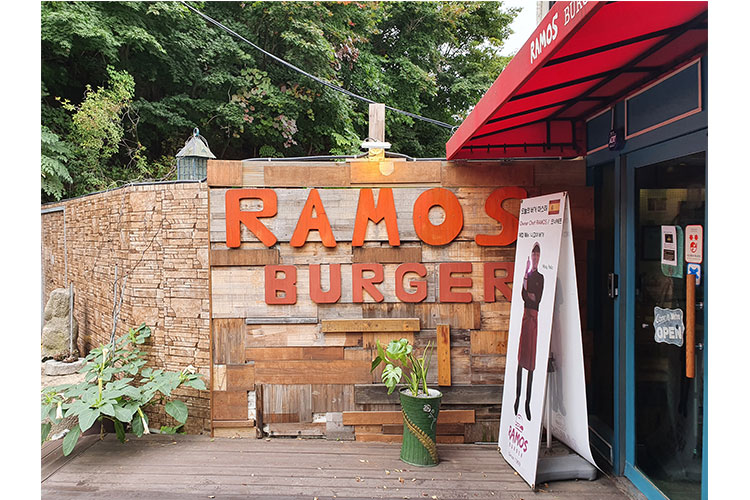 I chose Ramos Burger not because of its popularity or reviews online, but because the last thing I want to do on a trip is eat at a fast-food chain.

The burger place, which looks like a typical family restaurant, had a comfortable vibe inside, kind of like a cafe. As soon as I entered, the smell of meat on the grill and fresh baked bread greeted me.

From the kiosk inside, I ordered a Nagoya Burger set, which comes with onion rings and soft drink for 16,900 won ($14.32). When placing your order, don’t forget to enter the table number so the robot servers can deliver your burger to the right place. Yes, I said robots! 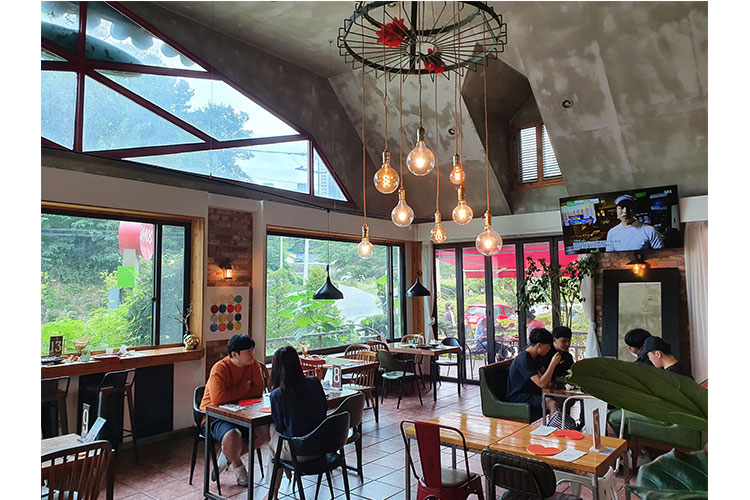 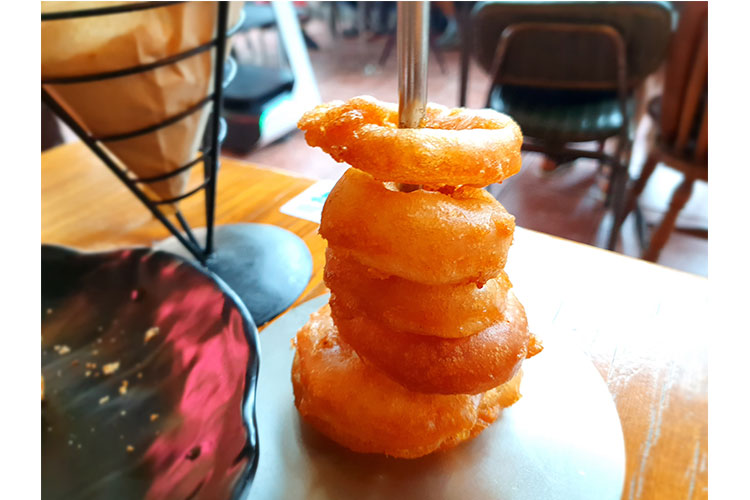 While waiting for my hamburger, an old black-and-white picture on the wall caught my eyes. It turned out to be a picture of owner Koo Hee-seok’s grandfather. Koo’s maternal grandfather, Woo Chong-il, devoted more than 40 years to the kitchen on Camp Page, which was the former K-47 Air Base in Chuncheon.

Koo showed me photos and military papers about his grandfather. He even had a letter of appreciation written in 1959 addressed to Woo Chong-il when he retired as a chief chef at a DFAC.

The burger recipe used at the restaurant is one that has been passed down three generations to Koo from his grandfather who learned it from American soldiers. After opening Ramos Burger, Koo has traveled to places like Nagoya in Japan and the western United States to check out the burger trends, sample burgers and develop his menu. This is probably why the restaurant has done so well. 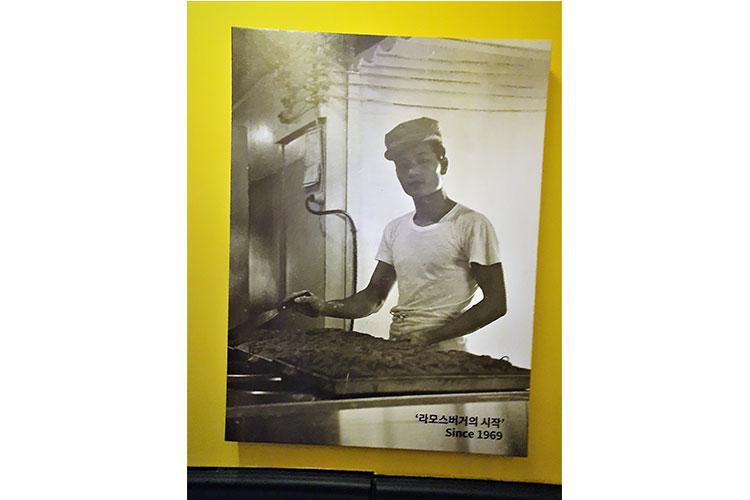 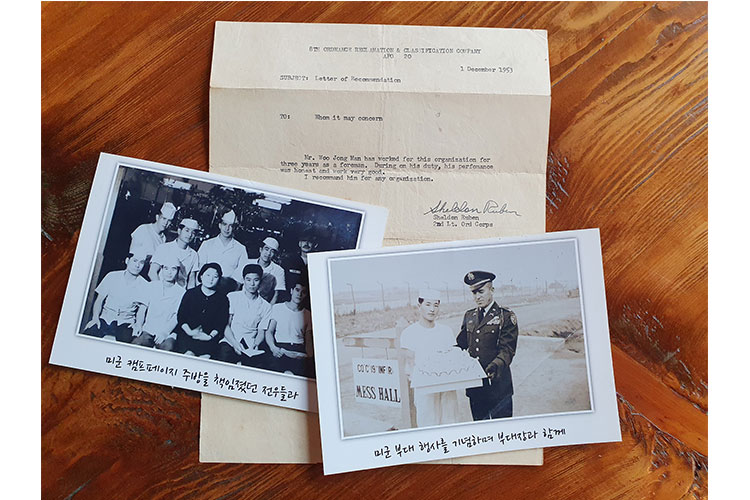 Now it was my turn to try the famous burger. A robot brought my order, and I was not disappointed. The bread was delicious and topped with a juicy patty, thick teriyaki sauce-coated bacon and a sunny-side up egg.

In addition to the freshest, tastiest onion rings I’ve ever had, I had ordered extra French fries, which were fresh cut and crispy.

It might not have been the Chuncheon specialty, but Ramos Burger made me lose any hard feelings I had that I’d been excluded from all the other restaurants for being a solo diner.