Though I try to consider myself as a refined epicure, there are many times where I cannot take my eyes off the many sweets and chocolates at the grocery store. Snack cakes, in particular, are something that both remind me of being a young sailor in the Korean Navy but also fulfill my chocolate cravings. 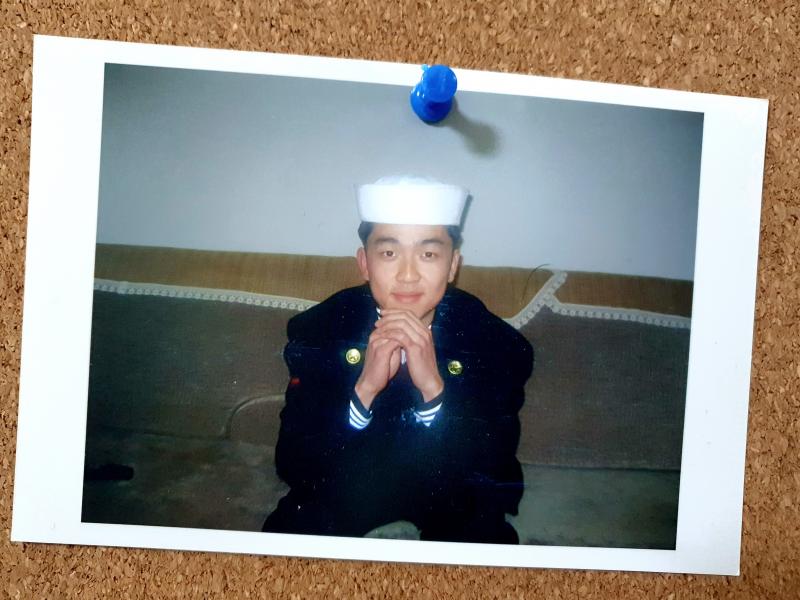 Korean grocery and convenience stores are stock full of delicious and reasonably priced sweet snacks perfect for anyone in your family with a sweet tooth like mine. Below are three of the top-selling, must-try chocolate snack cakes in Korea for every chocoholic. So, take note and add these to your list for your next grocery run! 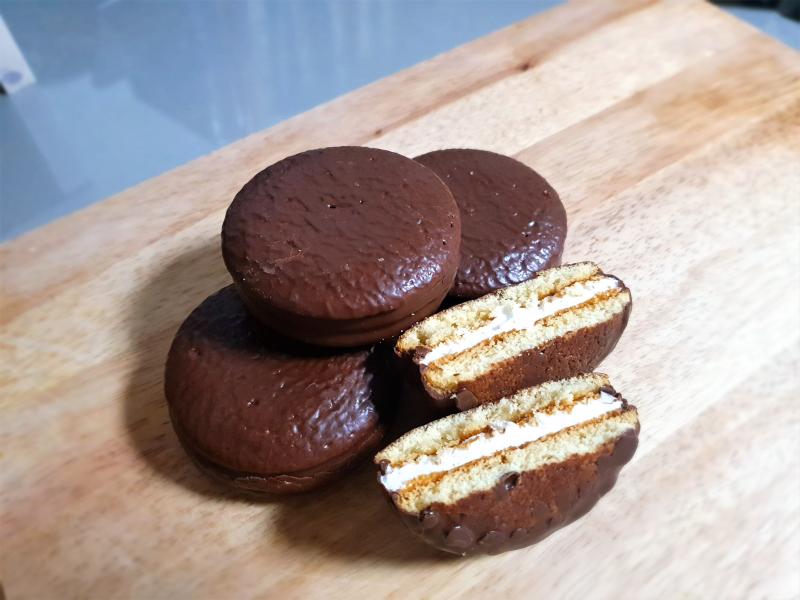 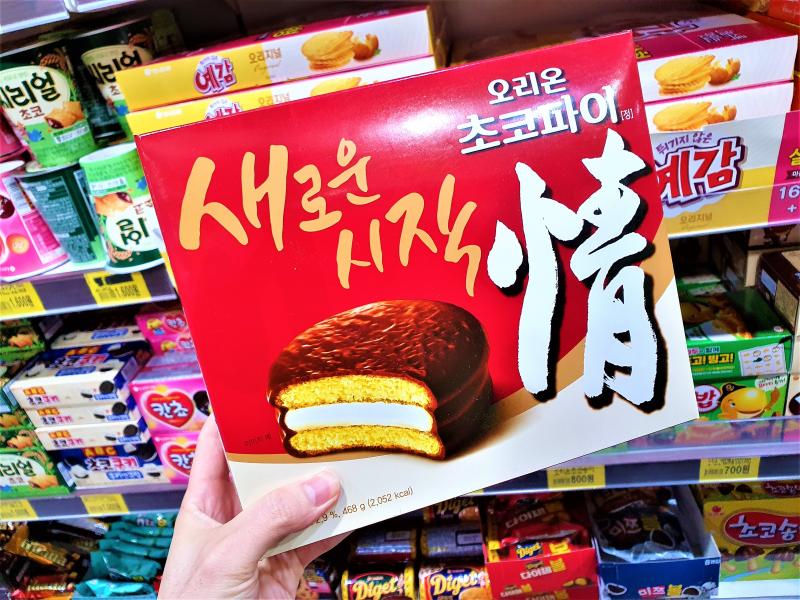 Choco Pie (초코파이) is a Korean confection made of a soft marshmallow filling between two layers of cake, dipped in chocolate. You may have seen these before in the States, as they are very similar to the Moon Pies you can grab at gas stations back home.

It is an open secret that Choco Pie was inspired by the American Moon Pie after a team of Orion Confectionery employees and CEO made a business trip to the States. Orion’s version first debuted in South Korea back in 1974.

The unusual shape and appearance of Choco Pie drew in customers at first. These days, the snack cake has fallen out of favor with Koreans, but Choco Pie is still one of the most popular sweets in China, India and Russia.

Orion’s success abroad has led other Korean confectioners that make similar Choco Pies jump into the foreign market much to the dismay of the confectioner. Despite lawsuits to preserve trademark rights and block other confectioners’ copies, Orion was not successful. Today, you’ll find three different Choco Pies from three different companies stocked on grocery shelves.

Orion and Lotte, two competitors in the baking industry, produce Choco Pie that is almost similar in shape and they are even almost similar in nutrients. However, the marshmallow which goes into Orion Choco Pie, is a little more chewy and tough than Lotte’s one. In addition, Lotte’s Choco Pie has slightly less moisture than Orion’s, giving the bread a slightly crispy texture. The biggest difference is in the price with Lotte’s Choco Pie being relatively cheaper than Orion’s. Still, Orion’s Choco Pie sells better than others.

In the 1990s, Orion added “Jeong” to the name of the pie to make it different from other competitors. “Jeong” which means love and care has resonated with folks at the time and the “Choco Pie – Jeong” became the first thing that comes to mind when Korean think of Choco Pie.

When I was in Korean navy boot camp, I noticed the Choco Pie dramatically rise in value since sweets become a rarity during basic training. The only opportunity for trainees to get a fix on their sugar cravings is to participate in religious activities on weekends and get free Choco Pie or other sweets after a religious service.

From my memory, the most delicious chocolate bread during my lifetime was a Choco Pie at the Korean navy’s boot camp. After I completed my time with the military, I tried the sweet but it didn’t taste the same as it did when I was a hungry trainee. 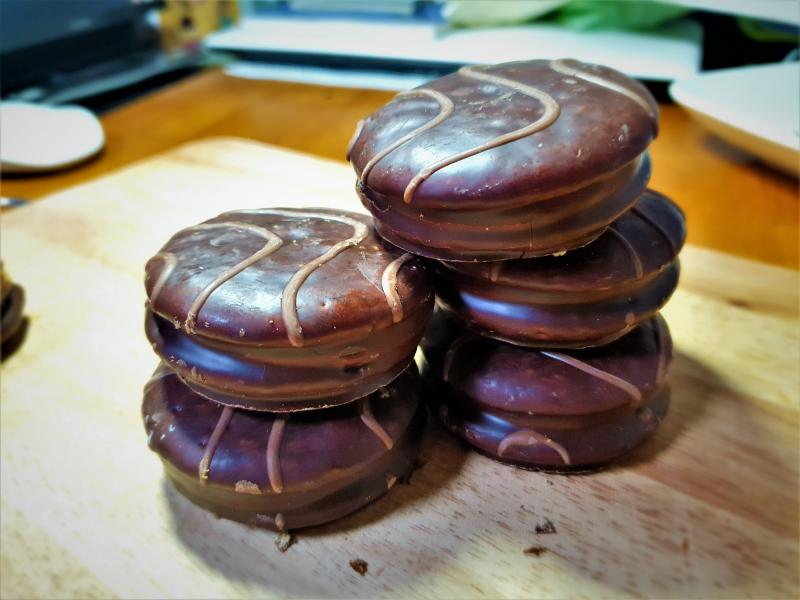 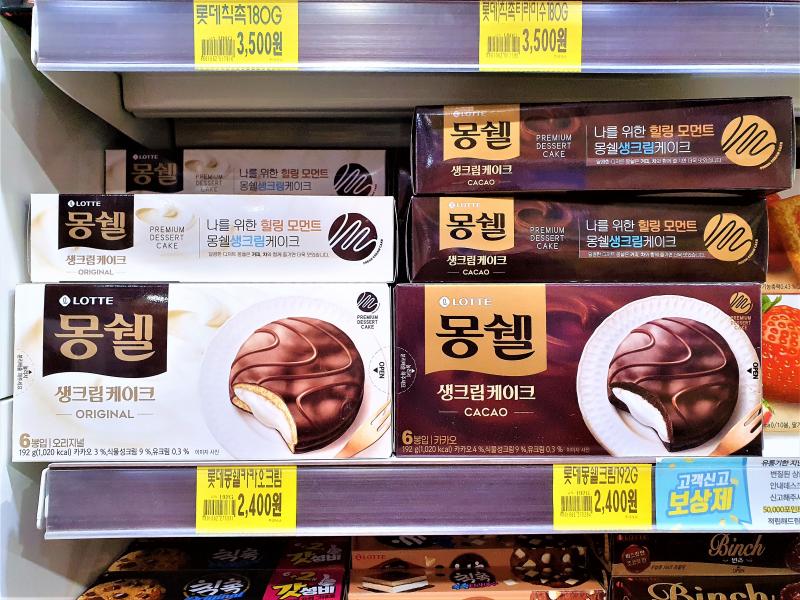 Mon Cher (몽쉘) is an ambitious work released in 1991 by Lotte Confectionery, which was created to fight against the Choco Pie. This chocolate-coated bread was first known as Mon Cher Tonton, but recently renamed Mon Che.

It is quite softer and sweeter than Choco Pie garnering it many fans. While the Choco Pie has a chewy marshmallow between the bread, Mon Cher is stuffed with white cream.

Personally, this cake is my favorite of the trio of sweets. Unsurprisingly, this cake was the most popular snack given to troops participating in religious activities during my military service. Funny enough, for the trainees, information about what type of snacks will be handed out at religious facilities over the weekend was important. There was even a trainee who tried to convert weekly to eat this cake, and the religious facilities that handed out the Mon Cher Tonton were always full.

The original name of the cake was Mon Cher Tonton (a play on a French child’s expression for ‘’My Dear Uncle’’) but the “tonton” part fell off at some point. Now it is just called Mon Cher(몽쉘).

Recently, the size of the cake has really become much smaller as the changed name suggests. The plump Mon Cher Tonton is no longer produced, but it is still one of my life’s most guilty pleasure sweets. 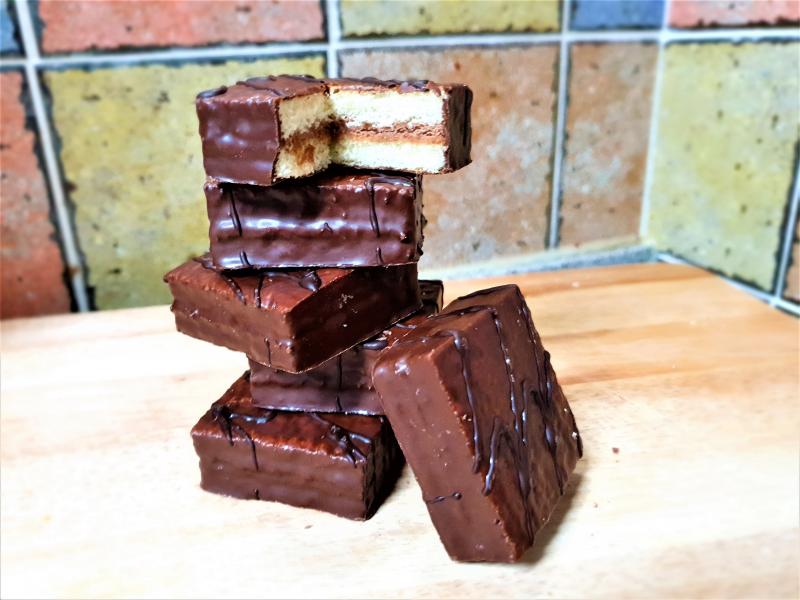 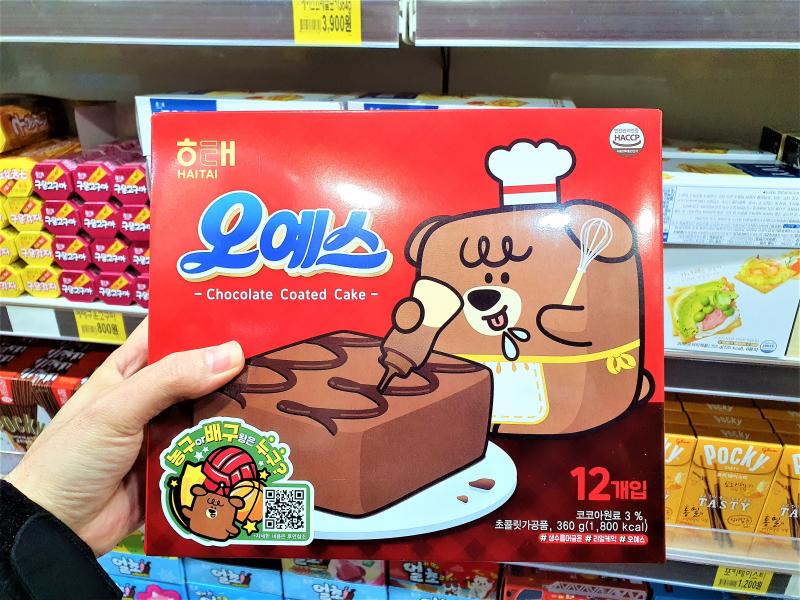 Unlike the Choco Pie, Oh Yes has a square shape and is relatively soft and moist. In particular, this snack cake has thinly spread chocolate creams, not marshmallows, between the bread. So, people who are not a big fan of the chewy texture of marshmallows choose Oh Yes. Overall, the amount of chocolate coating or cream in the bread is insufficient compared to Choco Pie or Mon Cher, but the texture and taste of the bread itself are really good. The coated chocolate that is thin and crunchy is another appealing element. If the Mon Cher is too sweet to your taste and marshmallow is not your thing, give this square cake a try.

Boxquare serves a variety of unique foods and drinks