VIDEO| Detroit-style pizza served up at Motor City in Seoul

VIDEO| Detroit-style pizza served up at Motor City in Seoul

What's your favorite pizza? Though I've been up to my neck in Neapolitan pizza for a few years, I've been looking for something different that I could add to my food wish list. And one pizza place was on my radar while I was food hunting in Seoul recently.

Located at the entrance of Itaewon, Motor City is a famous pizza place known for its Detroit-Style pizza. The best way to get there is to take the subway and get out at Exit 3 of Noksapyeong Station (near gate 12 of Camp Yongsan). From there, it’s a mere five-minute walk to Motor City. If you drive, you’ll find public or private parking lots behind the eatery.

Inside, Motor City’s interior is black, giving the whole dining area a modern and neat vibe. Right next to the entrance, their great bar invites thirsty hops connoisseurs and malt enthusiasts to a wide range of beer options from acclaimed local breweries such as Playground, Itaewon Brewing and Gorilla Brewing.

In the United States, Michigan is home to major national chains like Domino’s Pizza and Detroit-style square pie has been served in the Motor City since 1946. In keeping with its city's name, the pie was baked in blue-steel pans that were originally used to carry auto parts.

Detroit-style pizza is hard to duplicate, and it was also Motor City owner John Kim's 'Love at first bite' – which is why he flew to Michigan to train under Shawn Randazzo, Grand prize pizza maker at 2012 International Pizza Expo. After that, Kim accumulated broad experience in a variety of pizza places in the States. Motor City’s menu remains true to its Detroit roots and has gained status as a great Itaewon dining destination.

Kim is a key member of Manimal Tribe, an international hospitality team that has been made a huge contribution to the thriving Seoul’s food scene since 2015. Motor City opened in Itaewon in 2016. While Motor City has been baking their signature pizza for more than five years, the square-style pizza has just started to take hold in Korea.

During my visit with some friends, we settled into chairs by a window and opted for Jackson 5 pizza for 24,900 won (or $20.93) and popular side dish Fries with Queso for 14,900 won.  Besides Jackson 5, the menu is loaded with many square pizza options. And, of course, we ordered some nice cold beers to wash it down. If you're not crazy about beer, Motor City also has cocktails, house wine, gin, whiskey, and more.

Considering its unique taste, it is no surprise that square-style pizza is catching on among youngsters. The spicy Detroit-style pizza with a perfectly charred yet buttery crust, melted cheese, and robust sauce was so delicious. And the fries with chile con queso made on-site were not disappointing. No idea what beer pairs well with the Jackson 5? Grab an Itaewon Pale Ale. You can't go wrong with the top-selling beer of the restaurant.

Motor City also offers a selection of signature pastas and chicken wings coated with a variety of spicy and sweet sauces. If you are a pizza lover and looking to try something different for your weekend dinner in the Itaewon neighborhood, head to Motor City for some of the most authentic Detroit-style pizza. 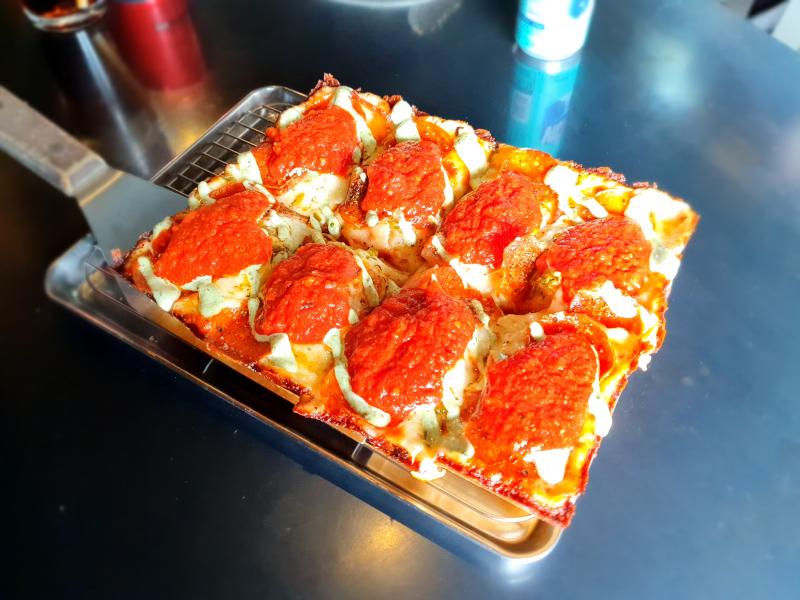 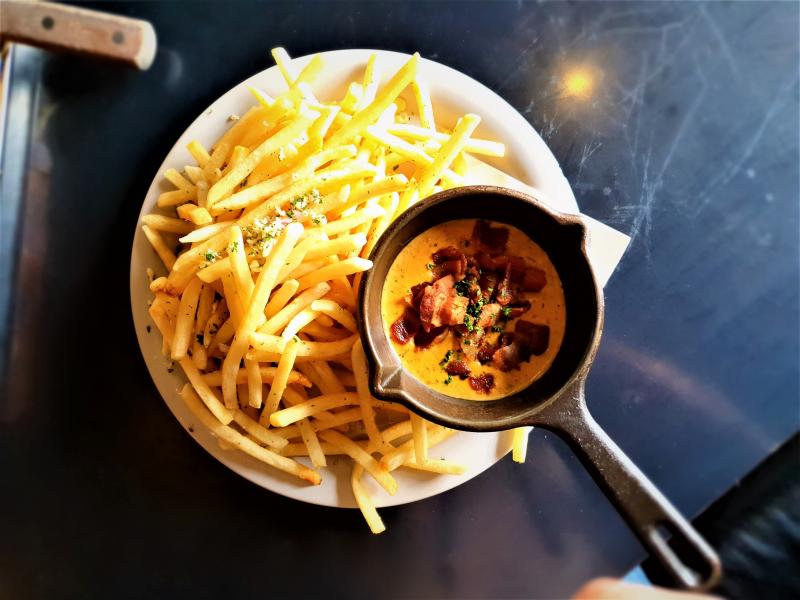 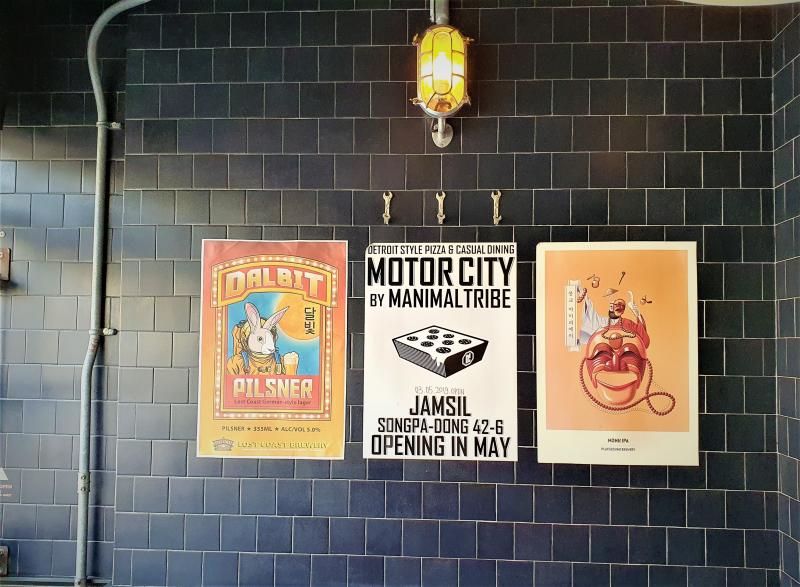 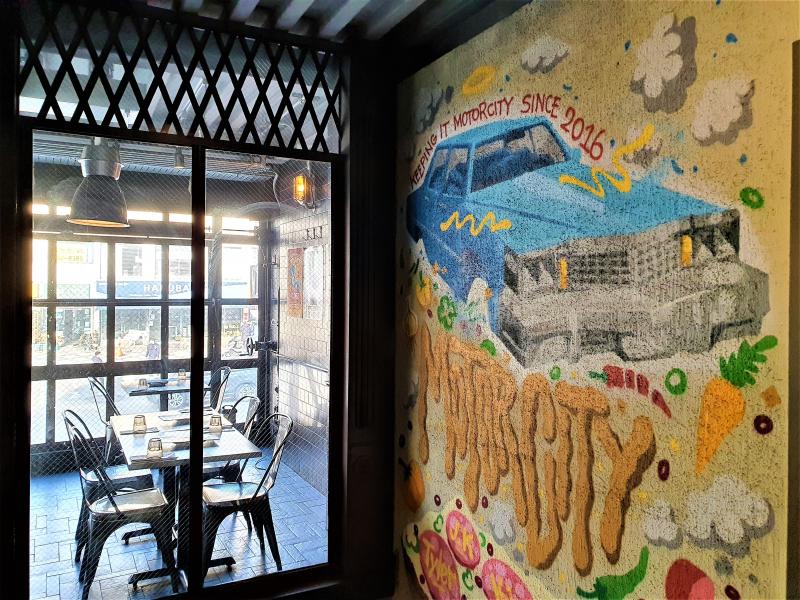 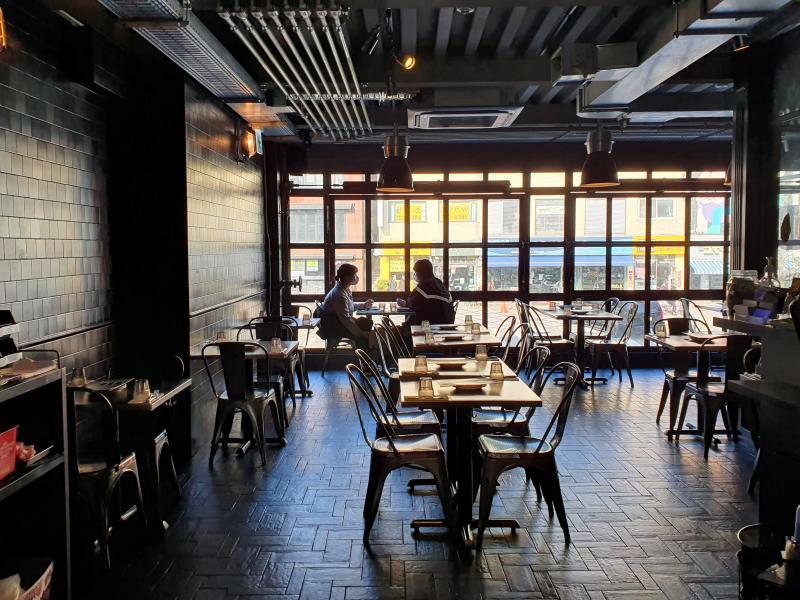 VIDEO| Taste of Korea: Yummy and easy recipe for japchae