Okonomiyaki is a Japanese savory pancake popular across western Japan, and especially in Hiroshima and Osaka. I got to sample this delicious dish when I visited Tokyo a while back.

One of my favorite spots in Pyeongtaek recently closed, so armed with a craving for this delightful Japanese treat, I had to find a new place to go. Near Pyeongtaek Station, tucked away in old downtown, I found Okozi(오코지).

The hole-in-the-wall eatery is hidden amongst the area’s tall buildings but has been open since 2014 and is quite popular for serving up Hiroshima-style okonomiyaki.

It's fairly crowded on weekends, with customers sometimes having to wait a while for a seat. I reached the eatery at around 1:30 pm, and two customers were enjoying the okonomiyaki with a draft beer at the end of the bar counter.

After being motioned by the staff to take a seat, I made my order. I went for the tonpeiyaki for 15000 won (about $12.68). Unlike standard okonomiyaki, tonpeiyaki is a classic Osaka appetizer consisting of a rolled-up egg pancake with pork topped with okonomiyaki sauce. In Japan, the dish is the starter to okonimyaki, the star of the meal. I wasn’t very hungry, so I opted for tonpeiyaki as a main instead.

In a few minutes, the skillful cook started to make tonpeiyaki on a hot pan right in front of me. The fun part of the eatery is that you get to see how your okonomiyaki is prepared. Besides, their uniforms and the vibe of the eatery made me almost feel like I’m back on vacation in Japan.

What sets this Japanese pancake place from others is owner Kim Byeong-Seok’s unique experience. He gained his skills in Hiroshima, the birthplace of okonomiyaki and even took a course hosted by food company Otafuku, which is known for its production of the rich brown sauce that glazes the top of the savory pancakes. Inside the restaurant, you’ll see the Otafuku certificate of completion Kim received, which is not something the company awards to foreigners usually.

Soon, Kim had masterfully created my mouth-watering pancake covered with thick and juicy pork. The hot pan was placed in front of me and I could slowly begin to devour each piping-hot morsel. I loved every bite.

The great thing about okomiyaki here is the opportunity to customize the ingredients. Okozi’s menu lets you choose five ingredients for the Hiroshima okonomiyaki order including seafood, meat, cheese and veggies at 1000 or 2000 extra won. The menu includes other items like salmon steak, buttery grilled shrimp and sirloin steak.

At the end of my meal, I was relieved to have found a place to get my okonomiyaki fix in Pyeongtaek. I will definitely return again to try other dishes and beer. If you’re looking to expand your food choices, give Okozi a try. You’ll love it, too! 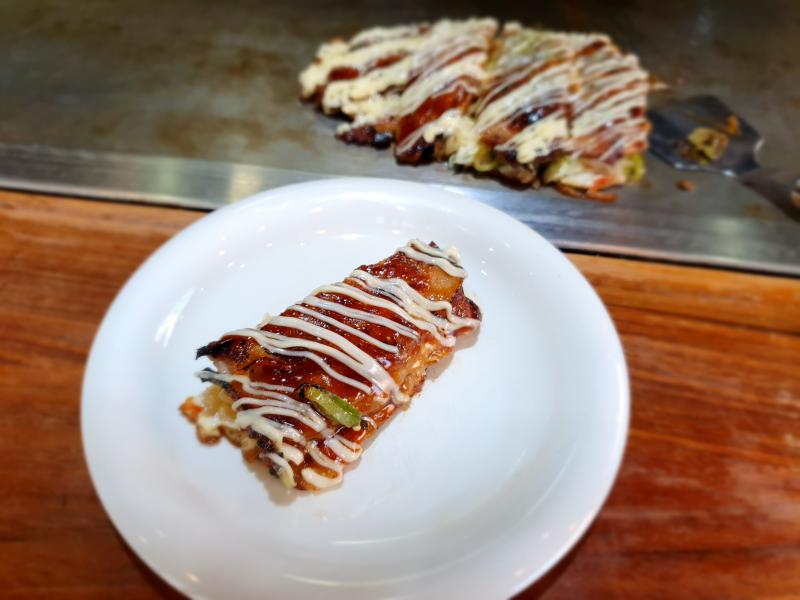 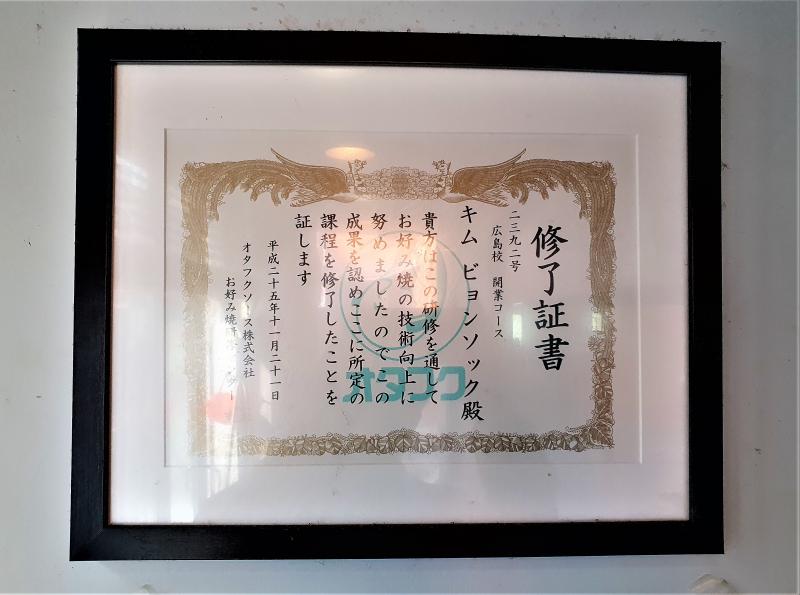 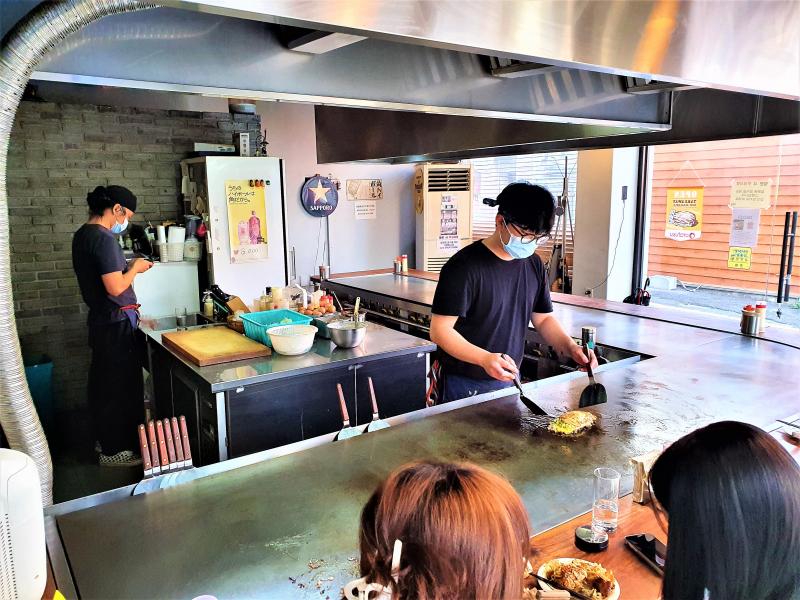 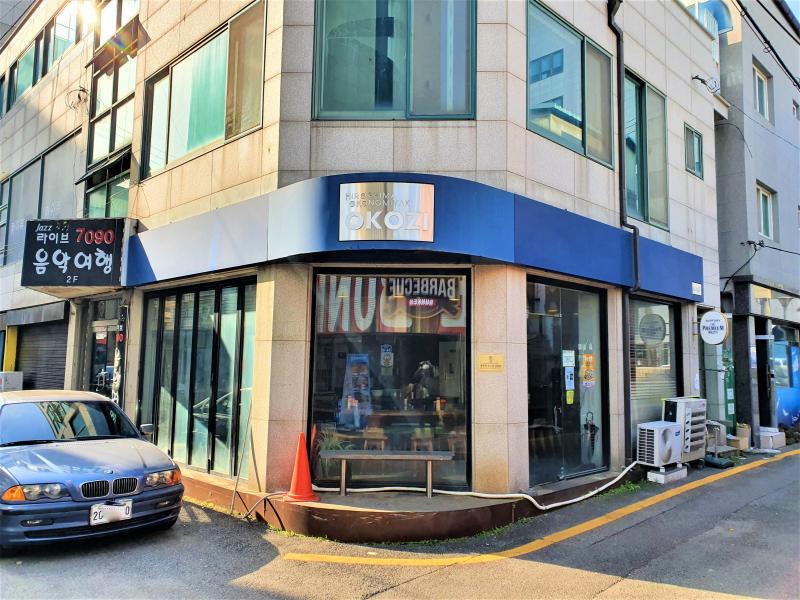 Exploring South Korea on a bike: Pedaling around Pyeongtaek