‘A Month’s Trip in Gyeongnam’ is a program that allows you to travel for up to 30 days with partial support for accommodation and experience expenses from the local government.

It is being promoted to keep pace with the latest tourism trends.

Last year, 829 people participated from 1,555 applicants in the previously named ‘Gyeongnam-type Month-by-Month‘ program, which was implemented to revitalize the tourism industry in the Gyeongnam region and to promote tourism resources in the province.

In 2020, for the first time, five cities and counties prepared and implemented a one-month living program, and last year, it was expanded to 15 cities and counties, and instead of operating a uniform program in line with the changing travel trends, participants were encouraged to plan a trip individually.

For this project, which targets residents outside of the Gyeongnam area, preference is given to those who are active in individual social network service (SNS), and for each team (1 or 2 people ), accommodation costs up to 50,000 won per day and up to 80,000 per person are supported.

Participants were given the task of promoting their tourist stay experience in Gyeongnam through their social networking service (SNS).

By posting 11,914 travel records to Gyeongnam on Instagram, blogs, and YouTube to promote Gyeongnam tourism content, an average of 14.4 per person, the program also serves as a tourism ambassador for Gyeongnam. 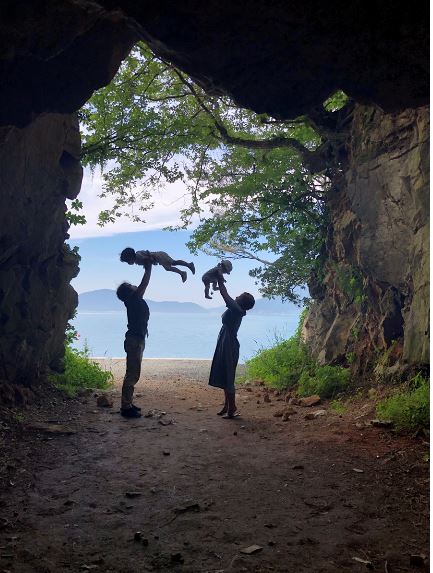 Who and where are you from?

In particular, for the first time, 5 foreigners (including American nationals) also participated, providing a platform to promote Gyeongnam as a place to live for one month abroad.

This project has the effect of not only promoting local tourism but also connecting to the settlement of people.

In fact, there is a case where they completely relocated their residence after participating in the project.

A woman in her 30s, who lived in Gyeonggi-do, stayed in Geoje for a month and fell in love with the beauty, and decided to move completely to Geoje with her family.

Another participant, who lived for a month in Namhae, was impressed by the rural atmosphere and life of the movie ‘Little Forest‘ and formed a team called ‘Little Country Club‘ to participate.

While staying at a bed and breakfast in Darengi Village, he regained his vitality through sea swimming and paragliding and spent time organizing his thoughts by doing a temple stay at Yongmunsa Temple.

In addition, he visited the German village, a small European village near the South Sea.

Recruitment of participants by city and county will begin in earnest from March 2 to 3 times a year, and detailed information will be provided through the tourism Nuri book of Gyeongsangnam-do and all cities and counties.

Hotspots in Gyeongnam for wedding and life photos