“School of Rock” to play at Dream Theatre in Busan Sep. 1-15

“School of Rock” to play at Dream Theatre in Busan Sep. 1-15

The very-popular Broadway musical “School of Rock” is making its way to Busan for performances at the Dream Theatre in Busanjin-gu beginning in September.

Andrew Lloyd Webber’s production premiered on Broadway in December 2015, followed by the West End in the UK, a US tour, New Zealand, Australia and China.

The musical was nominated for four Tony Awards, a Drama Desk Award, an External Critic Award, and a Drama League Award and has been the world’s largest musical film.

Connor Gillooly, who plays the role of Dewey Finn, is a highly acclaimed actor who is said to move an average of 5.6km on the stage in a vertical and horizontal manner during each performance.

Cassandra McGowan, who plays Rosalie, is a talented singer who has also performed at The Mission Concert in New Zealand, as the opening act for Sting and Rod Stewart.

Young actors in the ‘School of Rock Band’ will be on stage to offer 100% live performances that provide a musical pleasure that can only be experienced at the venue.

The guitar, drums, and electro-magnetic keyboards played by actors through more than 200 speakers and under more than 700 lights make the show one of the best musicals to enjoy regardless of age.

The performances will be the first at the new Dream Theater, the first theater exclusively for musicals in Busan with more than 1,700 seats in the Munhyeon Financial Center.


How to get there: 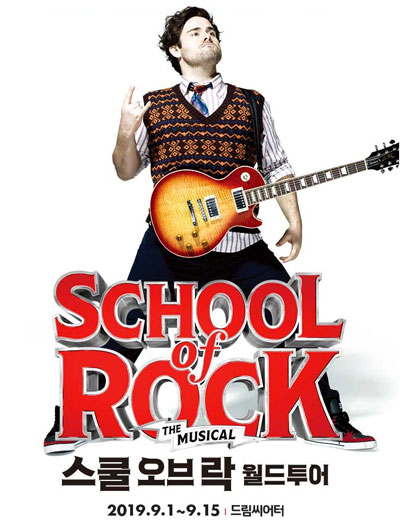 Prices for the Phantom of the Opera tickets release