The Busan International Comedy Festival begins its 10-day run this Friday, with domestic and international acts performing around the city.

Various performances by overseas artists are awaiting audiences as well. “Tape face”, an “America’s Got Talent” finalist, will perform a mime comedy performance with a quirky imagination and pop music and three more international teams will join BICF this year to meet Korean fans.

The closing ceremony is also expected to be more spectacular with “Jeon Yu-seong’s Show, Show, Show”, a 50th anniversary performance by comedian Jeon Yu-seong. This veteran comedian will showcase the essence of gag humor at the festival’s grand finale.

The year’s festival should run more smoothly with the special and newly named volunteers Cobongs. Furthermore, student press corps, organized for the first time this year, will vividly document the scene by taking photos and videos of the festival.

For more active communication with audiences, side events have been strengthened this year, such as “Comedy Street” with super-lineups and “Open Concerts” throughout the city.

You can check out the English website of the festival for more details on performance times. 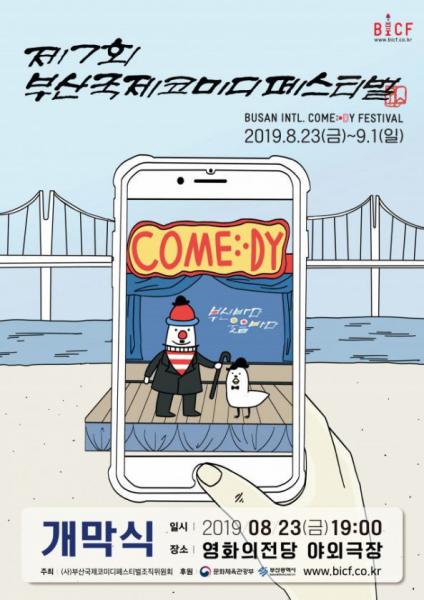 20 events you won't want to miss in Busan