The Korean written language, Hangul, is very easy for newcomers to learn. Knowing how to sound out words can help with reading street signs, subway station names and names of businesses. Many English and other foreign words are written in Hangul in Korea. You’ll be amazed at how many signs you can read and recognize English words written in Hangul.

Because the Roman or English alphabet has letters that its Korean counterpart doesn’t, some letters are substituted for others when referring to certain English words. For example, the letters “f” and “z” are replaced with the letters “p” and “z,” respectively such as in the words “kopi” (coffee) and “pija” (pizza). 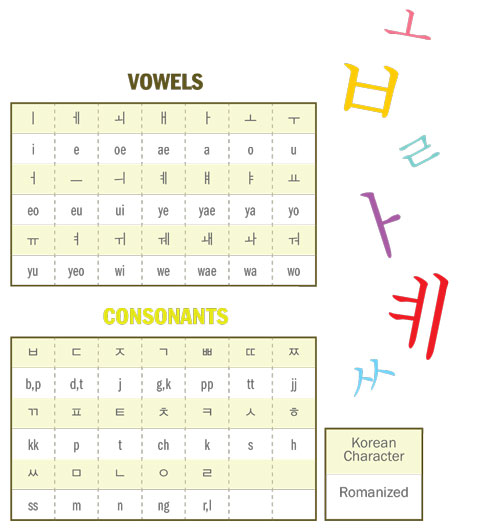 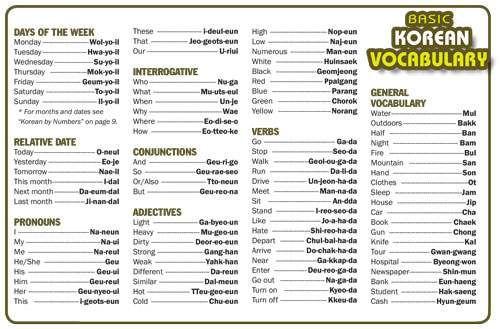 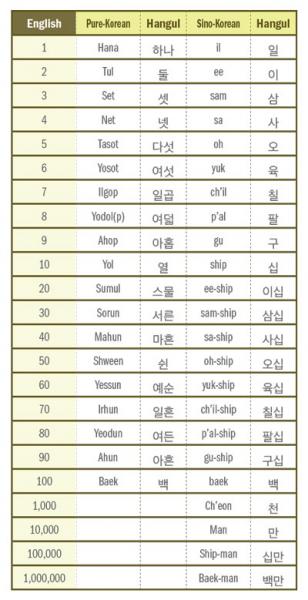 It is nice to meet you.
Man-na-seo-ban-gop-sub-ni-da

I’m meeting you for the first time (How do you do?).
Cheo-eum-beob-gesseub-ni-da

Did you know?: Hangul language in Korea

When and where cherry blossoms will be blooming in Korea