Biking along the DMZ

The Demilitarized Zone dividing the Korean Peninsula in two is a physical border and a symbol of war, confrontation and national tragedy. It’s also a place where people from all around the world flock to. It’s an experience like no other as the two Koreas are technically still at war. 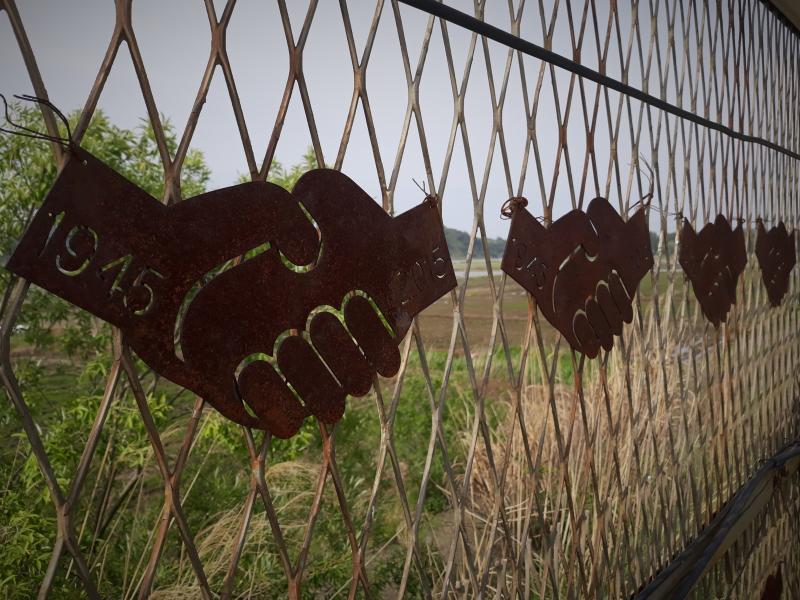 Tours usually consist of a stop at the Joint Security Area, commonly referred to as the Truce Village of Panmunjom, where dignitaries meet North Korea for peace negotiations. KATUSA, Korean Army soldiers attached to the U.S. Eighth Army, watch your every step, ensuring you stay in line, literally, and don’t take pictures of specific areas. It’s exciting, yet somewhat unnerving as you peer across to North Korea.

The JSA tour ties to other interesting DMZ tour spots such as Dora observatory and the Third Tunnel. When I was a kid, I went there on a field trip as part of anti-communist education. I still remember the moment when the South Korean soldier explained about the massive North Korean-dug tunnel which was planned as a pathway for an invasion. I remember feeling like North Korean soldiers were hiding deep inside the tunnel and might appear at any moment.

Nearby the Third Tunnel, Dora Observatory is the closest area to the North where you might catch a glimpse of North Korean farmers working in the fields. But there is another way to see the boundary that has divided the peninsula for nearly 70 years – on a leisurely bike ride.

Twice a year, there is an opportunity to pedal your way along the fence line in Paju, a town north of Seoul, and enjoy the beautiful scenery that has remained untouched for decades. The DMZ bike tour goes along a path the military opened to civilians in 2010.

Many don’t know about the bike tour, so I decided to do some research on the internet and try to sign up. Not knowing what to expect, I was excited when I landed a spot on the May 26 bike tour.

On the day of, as my bike led me down to the entrance gate of the civilian control area, the nerves I felt long ago at the Third Tunnel returned. Over a loudspeaker, participants were strongly reminded to not lose their RFID, a GPS tracking card, to ensure no one got lost or disappeared from the trail.

I also took notice a group of armed soldiers at the starting point and at Tong-il Bridge, also known as the Unification Bridge. I felt safe and they kindly led the way when I took a wrong turn at the crossing point. The guards here are from the South Korean Army, so their uniforms vary from the ones you’d see on the KATUSA at Peace Village.

Although there is still a lot of tension here, on the day of my bike ride the procession of 227 participants all wearing matching green vests gave the area a very different feel. The nerves began to vanish as I rode along a path and enjoyed the river breeze and green landscape surrounding me.

As we pedaled along Imjingang River, we enjoyed panoramic views of the area, but we were strictly prohibited from taking photos and video during our ride, except designated photo spots where we could get off our bikes and snap away. I really had to do some maneuvering around the crowd of bikers to get a good shot.

The tour covers a nearly 11-mile section linking a military patrol walk along the river, bridge and Chobyeongdo, a tiny island. The course usual takes about 90 minutes to complete.

The most impressive section is the Unification Bridge, where not only did I see propaganda about reporting North Korean spies to authorities, but where we’re allowed to speed up on our bikes. As refreshing as this was, the propaganda made me slightly nervous again. But, I reminded myself this wasn’t a race and there were others with me, so I pulled over for a rest and to enjoy the landscape for a while.

On the trail, you may also run into some of the local dwellers like wild boar, water deer and eagles. And keep your eye out for some of the interesting artwork that is dotted along on certain points of the fence line.

“I live in Seoul where there are many skyscrapers in a row, so it’s not easy to ride a bicycle like this and in a unique place with endless green space,” said participant Brayan Z. from Canada. “I can breathe fresh air that hasn’t been polluted.”

The tour involves patches of dirt road, so bring your mountain bike for this tour, not a road bike. For an additional 3,000 won (about $2.35), you can rent a bike when you make your reservation. I rented a bike, but make sure to bring wet wipes as my bike’s handlebar and saddle were a bit dusty.

When you reach the turnaround point, the tour guide will give you time to breathe for a moment. Take as many photos as you can because this is the last spot where you can take photos.

A ride along the DMZ offers another perspective to this border that can make you forget that you’re even in a “war-zone.”

“I already tried the other usual tours, but the main attraction for this bike tour is that they are offering me hands-on experience in the DMZ area,” said Partick, Allum from England.

This tour is a departure from the usual visit to the border dividing the Korean peninsula and is also an opportunity to escape the city and experience the beauty of untouched countryside. For non-Koreans, you will need help from a Korean friend to register and give you translated guidance. The next tour is scheduled for October 27, and I can honestly say it’s not one to miss. 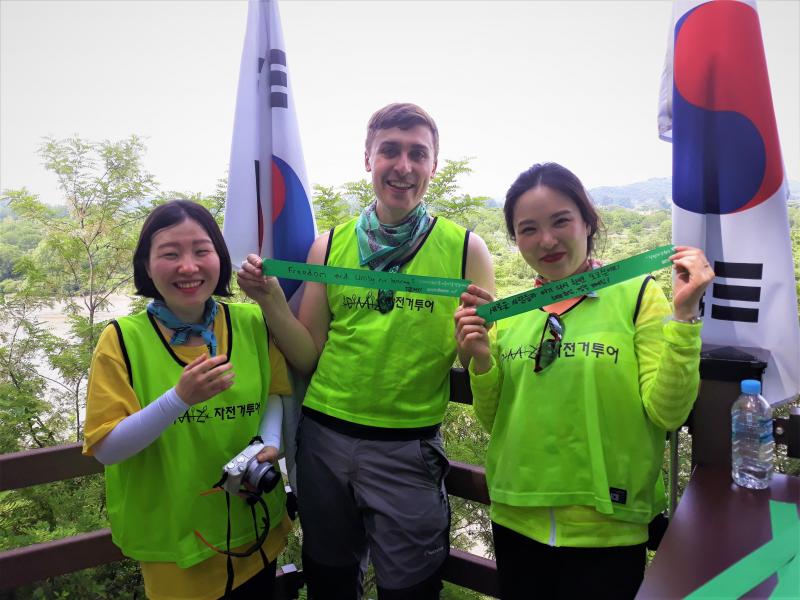 
Imjingak
After you finish your bike tour, go up to the rooftop of Imjingak where you can overlook the beautiful Imjingang River and North Korea area over the civilian passage restriction line. There is an also destroyed steam train which is a symbol of the division of South and North Korea near the observatory. The train has sat in the DMZ over half a century after it was bombed and derailed during the Korean War. Check out the horrifying bullet and bomb marks on the train. Walk towards the skywalk called “Tomorrow’s Stream.” The bridge was destroyed during the war and you can view the landscape of Imjingang River within the restricted area.

Free rice
At the end of the tour, return your RFID card and tour equipment at the booth in front of the “Bell of Peace.” After the rental return, participants receive a free pack of rice grown in the DMZ area. 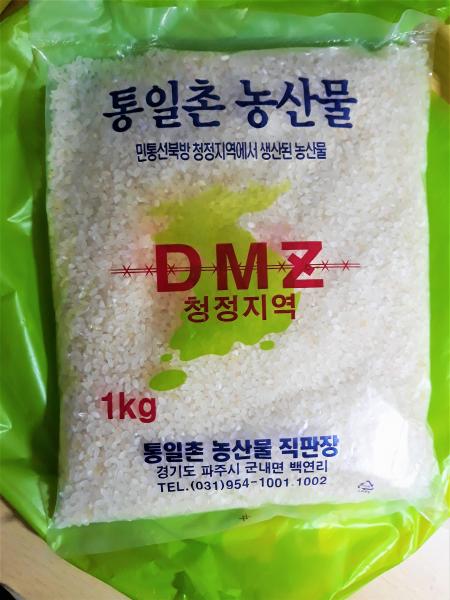 VIDEO| Biking along the DMZ