A retrospective exhibition of Henri Matisse, one of the greatest artists of the 20th century, will be held at the Busan Cultural Center from the 9th of July to the 30th of October.

Over 200 original works including drawings, prints, and art books will be shown as part of this exhibition, which is eager to illuminate the life and artistic world of Henri Matisse.

“Henri Mattise: Life and Joy” is a combined exhibition with not only original works but also photographs, videos, media art, and homage works which present an opportunity for audiences to experience and appreciate various new sides of Henri Matisse, an artist who remains greatly influential to this day.

This show will witness Matisse’s resilience and determination whose work and passion for art never waned despite fighting illness throughout his life.

The master of colors, Henri Matisse, who lived from 1896 to 1954, is famed as one of the most influential artists of the 20th century.

The founder of Fauvism and a relentless innovator of the art scene, he became considered, along with Pablo Picasso, one of the true artistic masters.

His capture of symmetry in asymmetry along with his use of bold expressive colors and unique painting style brought him the admiration of Picasso and other artists. 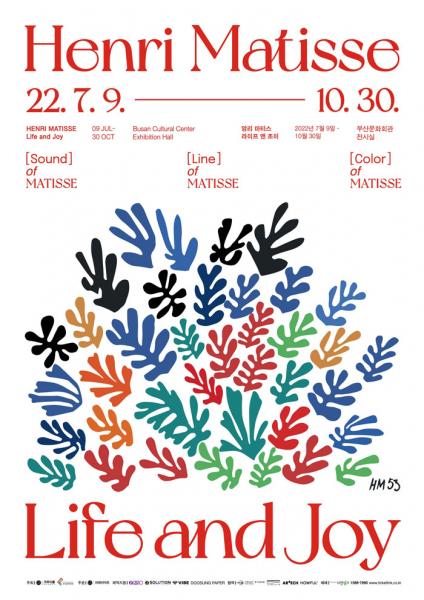