In the military, we do a lot of exercises. And ‘a lot’ is an understatement. In South Korea particularly, we (i.e. the military) have a special saying that we need to be “ready to fight tonight” because we don’t know when things with our neighbors to the north will turn south, if you know what I mean.

With those exercises brings 14-hour days, stress levels through the roof, and enough caffeine that even the Koreans look at us like even we might have a problem lol. However, those same exercises bring an amazing perk:

Meeting new people from all around the world! 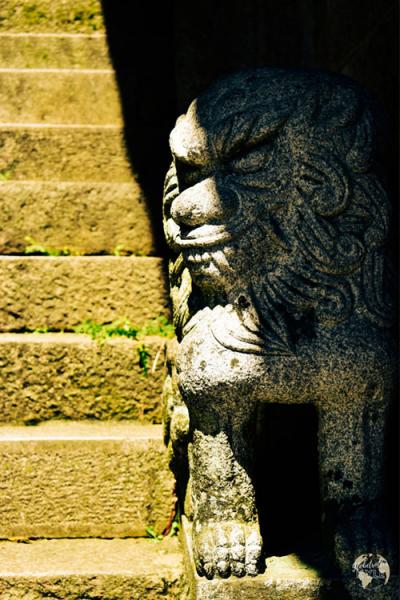 During this past exercise in August, I was fortunate enough to make a great American named Gregory who was just finishing up a tour somewhere in England. He and I got along famously as we were both eager to explore South Korea. It was so awesome to finally find another globetrotter like myself!

After a week of residing in the standard exercise tents on base, Gregory asked if he could bunk with me in my apartment off base and I accepted instantly. That next weekend, we were bound for Busan, ready to explore.

Gregory had done a little intel prior to this trip and found an awesome temple that he had wanted to visit so, we asked the cabbie to drive us to Byeongpungam Seokbulsa Temple. 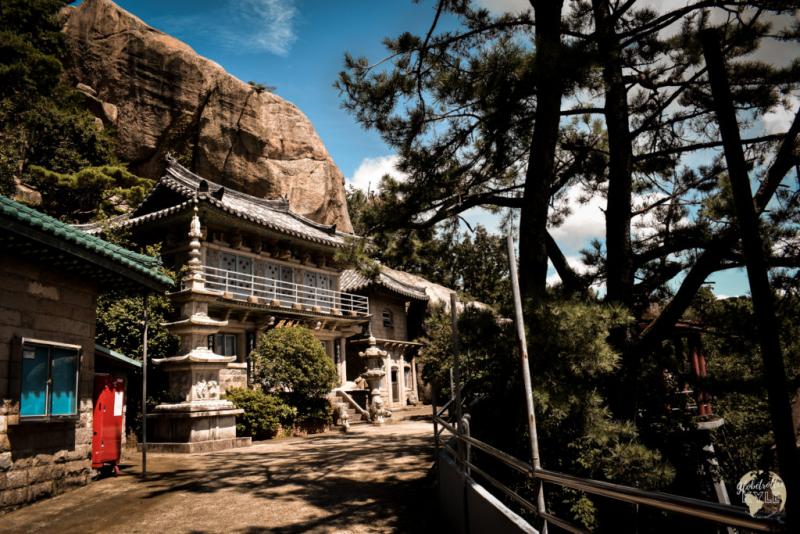 Though Gregory and I decided to take a cab to the temple, you could easily get to the temple using public transportation.

From the Busan train station, you’ll take a combination of subway and taxi, and it’ll take you just over an hour. After that, you’ll hike the rest of the way up a rather steep road.

Alternatively, if you have a car, I recommend using Kakao Maps to get to the Temple. To start, search “Seokbulsa Temple” and look for the result whose address is 143-96, Mandeokgogae-gil, Buk-gu, Busan. That’s the one!

Simply use which ever route Kakao Maps recommends to get there in about 45 minutes. 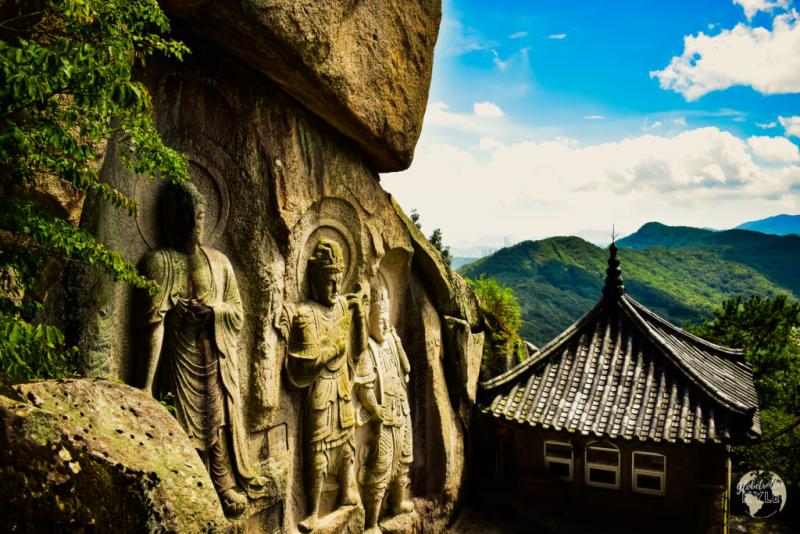 To say that this temple was epic is to say that Mt Everest is just another mountain. Sure, both statements are correct, but the stories behind these two are what make the locations so awe-inspiring.

Unlike all the other temples I have visited while being in South Korea, Byeongpungam Seokbulsa has these amazing Buddhist images carved directly into these towering rock faces, some ~40 feet high!

The incredible Buddhist images are carved into the Byeongpungam rock face and look like a tall folding screen, which is what byeongpung translates to in Korean; seokbulsa translates to Stone Buddha Temple.

Furthermore, Seokbulsa Temple was built by a Buddhist monk who was also the head priest of this temple in the 1930s. That same monk commissioned the carving of the Buddhist images on the Byeongpungam rock face that are still standing today! 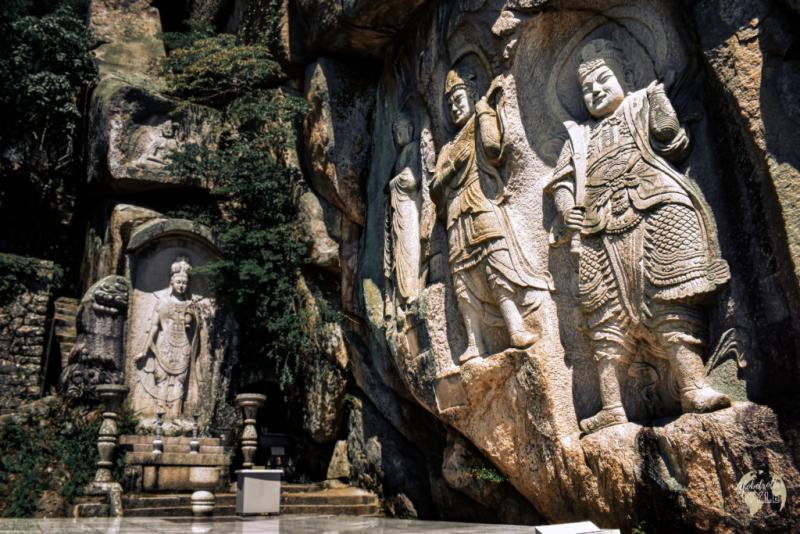 There are a total of twenty-nine Buddhist images carved on the Byeongpung rock face as a devotion to Buddha. This makes the Seokbulsa Temple unique in that it has the largest number of these carvings in the entire country! What really stands out are the large carvings of the Eleven-faced Avalokitesvara Bodhisattva, the Bhaisajyaguru Buddha, the Vairocana Buddha, and the four Guardian Kings.

As we continued to explore, Gregory and I found an amazing little staircase to the western edge of the courtyard that led up to a perch overlooking the entire complex. As we climbed the stairs, we encountered images of Arhats (“perfected/worthy people” who have gained true insight into the nature of reality) and the Buddha. Needless to say, the views were as breathtaking as the steep hill we climbed took just to get up to this temple. Take a look for yourself! 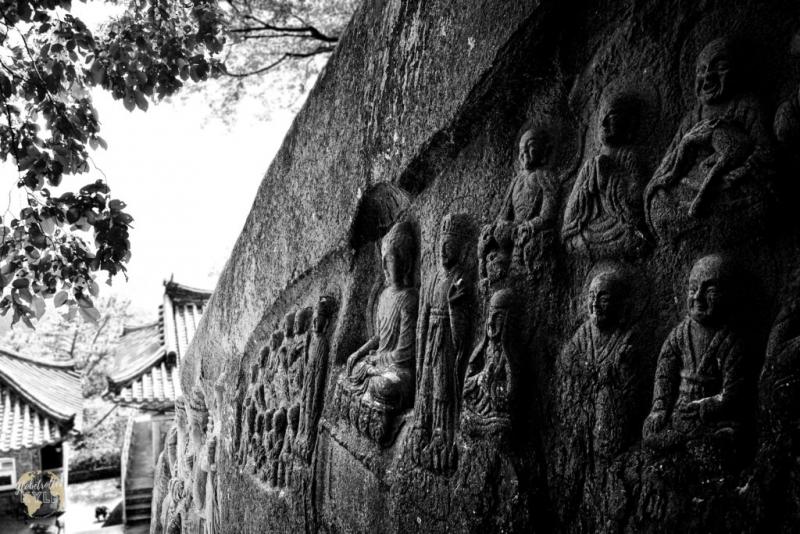 Gregory and I were extremely fortunate to spend our entire time at the temple with no other visitors. Even the monks were nowhere to be found! Given the serenity of the atmosphere and the impressive views of Busan to the south, I was able to find peace here instantly. We relaxed, pondered, and meditated before we exited the compound inspired by how impressive the space was.

If you ever find yourself in Busan, Byeongpungam Seokbulsa Temple should absolutely be on your bucket list!

The beauty of Namhae and the Korean Archipelago