Explore off the beaten path to Gyeongbuk, South Korea

Explore off the beaten path to Gyeongbuk, South Korea

Gyeongbuk, a region in the southeast of Korea, offers another side of serene Korea that cannot be found elsewhere. Gyeongbuk’s historic villages that were built during the Joseon dynasty (14-19C) and early modern era invite you to explore and learn how people from the past lived, which, in Lonely Planet’s own words, is ‘a chance to see how life was lived generations ago in a simpler time and where visitors slow down and take it easy’. 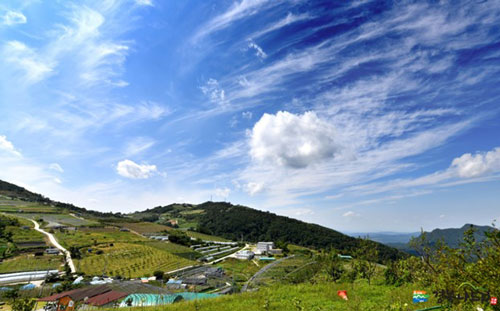 Hwasan village is a tranquil place located in the hills at an altitude of 700~800m, known as the closest village to the sky in Korea. There is a windmill observatory where you can take in the breathtaking scene as the day changes from sunrise to night full of stars. Just over 100 residents live in this small peaceful village where citizens who are tired of Korea’s busy city life often visit to take a moment to relax.

Its history goes back to the 1960s when 180 socially alienated families moved to this village due to the government’s enforcement at that time, which shows the dark side of Korea’s rapid development back in the modern era. The villagers built up this village from nothing, and their efforts reached the pinnacle when it was designated as ‘2019’s Happiest Village in Korea’ by the government. 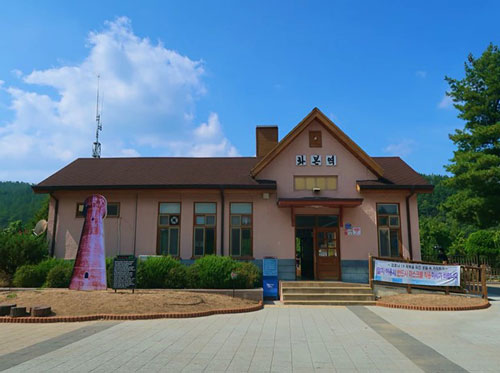 Another place to stop by in Gunwi is Hwabon station, which is a small train station that first opened for commission in 1938, known to many photographers as a photo spot. It was also voted as the most beautiful train station in Korea. Taking photos inside the rail is now prohibited.

Explore Gunwi and its finest destinations with a tour: https://bit.ly/2KC9AKv 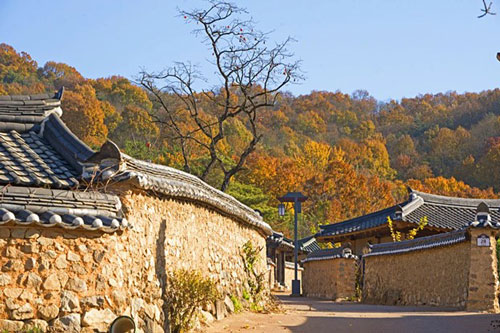 Meaning a big stream, Hangae village was first established by Lee Woo, a government official during the Joseon dynasty. Lee’s descendants still reside in the village. The village comprises 75 traditional houses that are well preserved for 500 years. You can stay overnight at a traditional hanok guesthouse and also experience various activities and get immersed in the customs. 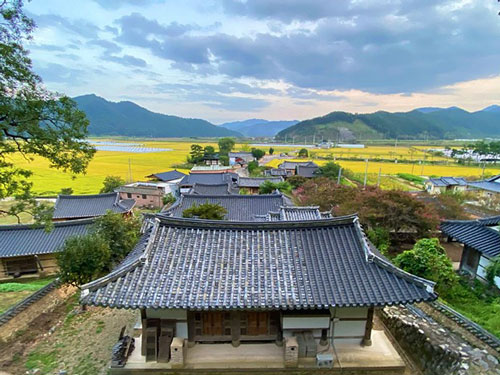 Another historic village is located just 30 minutes from Hangae village by car, where you can try a variety of activities including Korea tea ceremony, traditional craft experience and etiquette lessons from the descendants of the Kim clan.

The Saudang Head House comprises seven hanok houses that is registered as Gyeongsangbuk-do Cultural Heritage Material No. 561 for heritage, research, architectural conservation value. Because of its tradition, it’s important to show respect with the proper etiquette and manner when visiting the head house.

You can also spend the night and discover the genuine tradition of how the nobles lived in Korea. 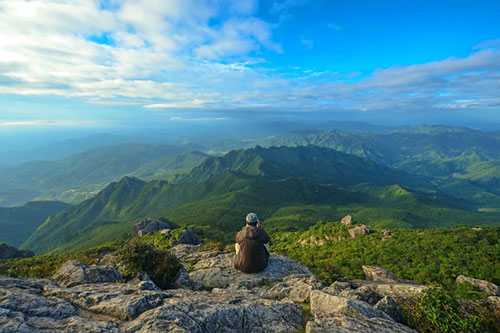 The Gayasan mountain or the national park is known for its long forest walks that last for about 5 hours back and forth, which means it’s ideal to start the trekking in the morning. The grand nature that the mountain presents overwhelms you as you trek along the path of lush woodlands. 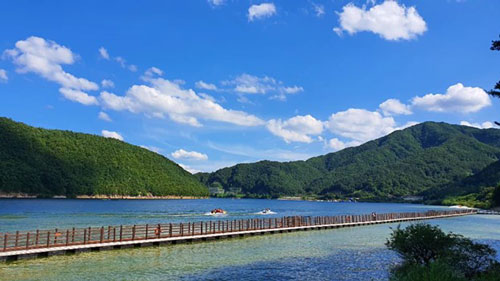 Explore Seonju and its finest destinations with a tour: https://bit.ly/2J5n8gK

Since Gyeongbuk doesn’t fully open its natural wonders to the public for preservation reasons, surprises abound in this hidden gem especially for natural lovers. Savor the authentic and serene beauty of Korea’s nature in Gyeongbuk before it becomes too famous and crowded.

Lonely Planet names Gyeongju, South Korea one of the top 10 cities to visit in 2022

Pedal your way through Korean nature on rail bikes

Best fall colors in Korea for 2021