Being stationed at Osan Air Base comes with loads of perks: amazing comfort food within a minute’s drive or walk, Wi-Fi everywhere, A-10s and F-16s screaming overhead, and of course, the SED. However, being the outdoorsy person I am, I’ve been starting to go a little stir crazy in this concrete jungle that I call work. To combat this urban fatigue, I’ve found an amazing eco oasis in the nearby city of Pyeongtaek that I highly recommend to anyone needing a quick escape from the benign cityscape of the Korean lifestyle.

I found this gem by accident after stumbling out of a department store I searched for a new shirt to add to my wardrobe. As I pulled out of the parking garage with two new button-ups (and the knowledge that I’m not a “L” in Korea, I’m a “105”), my KakaoMaps began to guide me back to my apartment near base. While at a red light though, I noticed a large green park with a water feature on my screen that enticed me to change course and explore a bit. 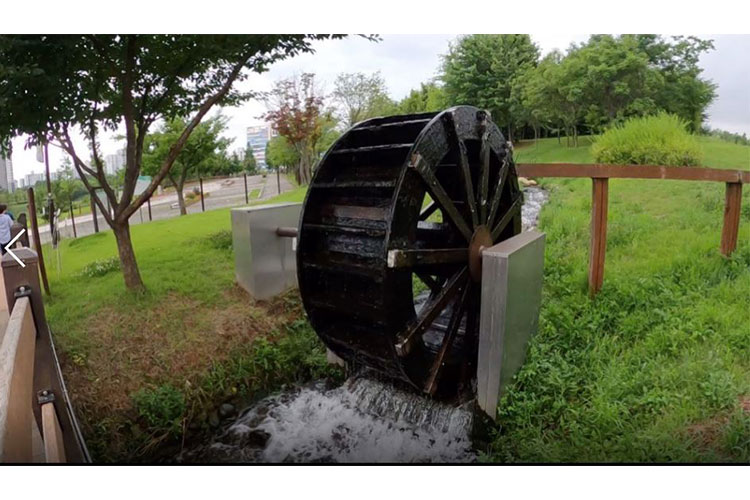 I drove a lap around the park in search of a place to park my car and ended up finding space near a small library. I put on my emergency brake, grabbed my umbrella, and headed towards a dense patch of trees just over a small grass-covered hill. The sky was still gray from the storm I had encountered as I arrived at the department store and the smell of rain lingered across the city as a few raindrops were still making their way down to earth. The ambient light began to deteriorate as I wandered under the canopy of this apparent forest and I could feel my excitement rise as I succumbed to mother nature’s beckoning call.

Once over the hill, I was awestruck by the contrasting ecosystems. In front of me was this lush wetlands teeming with life and behind it was a backdrop of neon lights and sky-rises similarly doing the same. I had found a surreal juxtaposition; a natural environment that promised relaxation and a chance to catch your breath and a fabricated metropolis that could take your breath away. I pressed on down the path filled with the joggers, walkers, and moms with baby strollers until I happened upon a trove of petunias lining a bridge that spanned the western most part of the park. 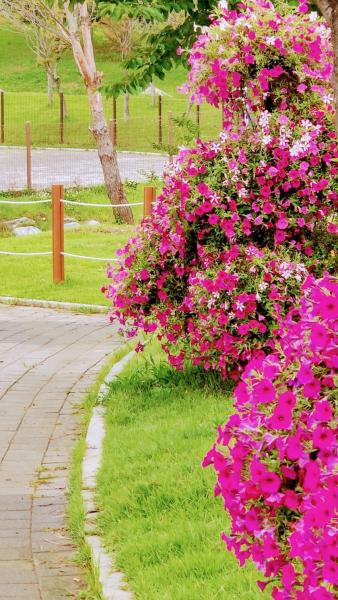 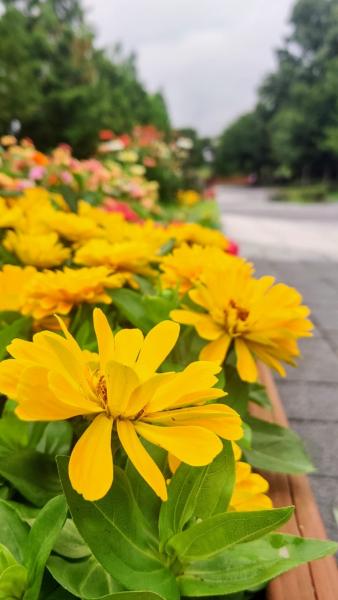 Photos: Some of the many flowers surrounding Baedari Eco Park

I’ve been to Central Park in New York City and I can tell you that the energy I felt there was the same I felt here. Yes, everything around me was the result of meticulous design: the buildings, the streets, the reservoir in the middle of the wetlands, yet it still felt entirely natural. I strolled along the path until I noticed a boardwalk that jutted out into the lake and without hesitation, I walked to the end to take in my surroundings. It wasn’t until that moment that I realized the mastery of the landscape architect’s craft. What I mean is that I had walked about half a mile now, losing complete track of time, and I had forgotten that I was in the center of a metropolis. Even if I wanted to, I couldn’t have noticed the screeching car brakes and horns from impatient drivers because the sights and sounds of nature had overcome all of my senses. I had successfully escaped.

In that moment, I appreciated the designer of this park. They had expertly woven together a tapestry of wetlands and forest with that of the city planner’s asphalt streets, and storefronts and the result I was fortunate enough to experience was a beautiful dance of life, sights, sounds, feelings, and energies. Discovering a phenomenon such as this is so strikingly rare in the world of design and I believe it should be cherished if you happen upon it. I gave thanks for the experience I had received, then reluctantly retreated back to my car before heading back to my apartment.

Taejeongdae: A beautiful park on Yeongdo

Day trip to Jeonju City takes you back in time