With its warm weather all year round, clear skies and turquoise waters, Phuket in Thailand, is one of the most loved holiday destinations regardless of the seasons. From November to March, however, when a lot of the countries in the northern hemisphere have shorter daylight hours and low temperatures, it is especially bustling with people seeking the warm sunlight.

Are you also planning to join the flock of holidaymakers to Phuket this winter?

Then, take note of Trazy’s suggestions for top 3 islands to explore during your Phuket holiday. 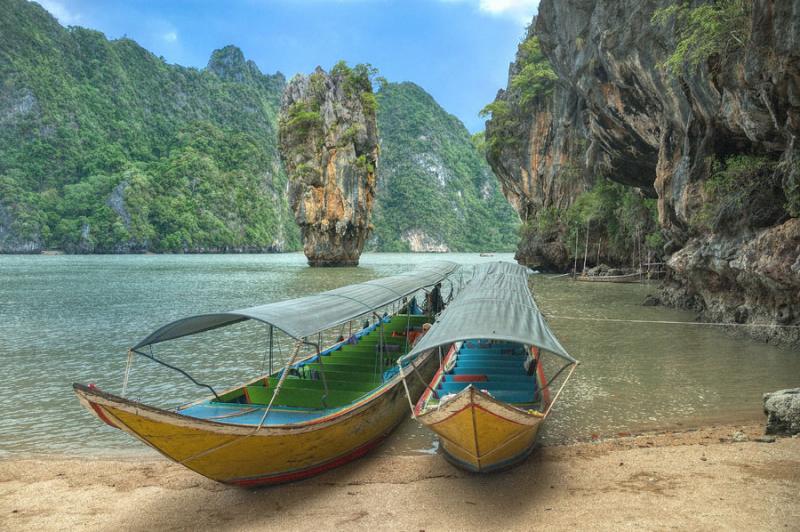 Located in Phang Nga Bay northeast of Phuket, Khao Phing Kan with its signature limestone tower Ko Ta Pu has been widely known as James Bond Island since the island was featured in the James Bond movie ‘The Man with the Golden Gun’ in 1974.

Limestones eroded by waves for thousand years form a spectacular karst landscape looking like a maze in the ocean. Exploring between small islets, you can paddle a canoe into the caves, and swim & snorkel in the crystal-clear waters.

Once a barely visited primitive island has now become a must-visit destination busy with tourists. When you’re in Phuket, James Bond Island is a place that should not be missed. Lively with tourists, but the island never loses its natural wonders to marvel at. Hop on a speedboat and take adventures between the soaring limestones where James Bond crisscrossed! 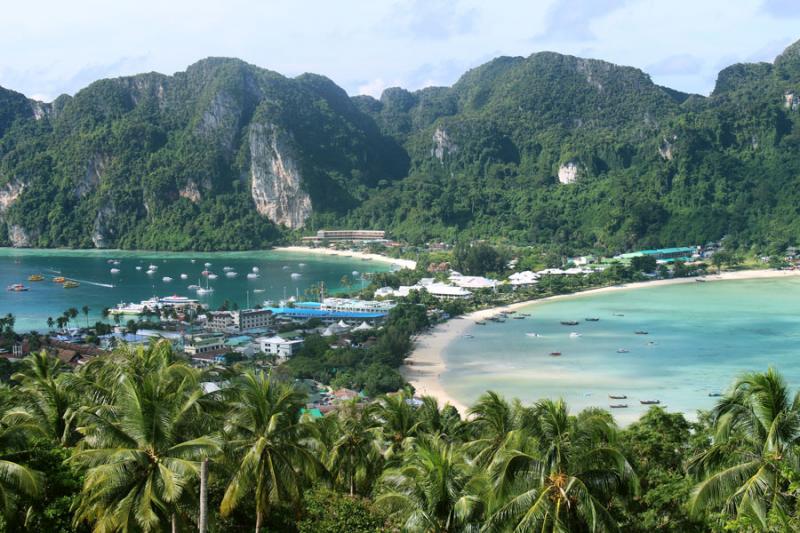 If you’ve spent a day exploring the limestone islets in Phang Nga Bay, free up the next day for Phi Phi Islands to chillax on the fine sandy beaches and play with wild monkeys.

Phi Phi Islands are a group of islands that lie in the southeast of Phuket. The largest island with the most population is called Ko Phi Phi Don. Monkey Beach in the island is home to wild monkeys that do not hesitate to climb onto your legs to get precious bananas. Share some bananas with the furry friends and don’t forget to try snorkeling at the Sharks Point along with reef sharks around you.

Ko Phi Phi Le is the second biggest and famous for its extremely jagged geography and Maya Bay featured in the movie “The Beach (1999)”. Surrounded by inky cliffs and gigantic rock towers, the island is where you can take utterly instagrammable photos from any directions.

Taking a speedboat tour, the most common way to look around Phi Phi Islands, will give you enough time to drop by the nearby islands such as Khai Island and Bamboo Island for serene swimming away from the crowd.

We recommend uncovering every nook and cranny of the islands as the area still has hidden spots as well as busy touristy towns. 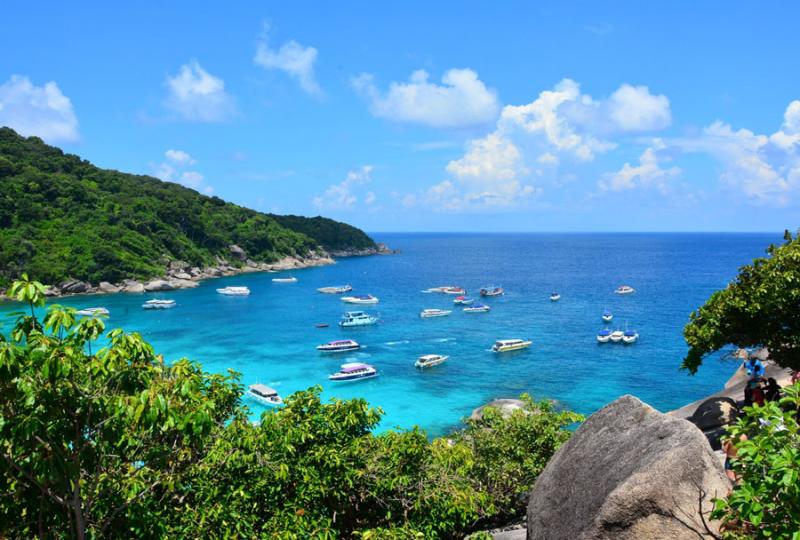 If you’d like to pull yourself away from the most popular places where everyone dashes, Similan Islands will be your perfect choice. Note that you can only stay a night at a government owned bungalow in the island, which then again quickly fills up. But there’s a solution! If you’re based in Phuket, Similan Islands can be reached by speedboat in about 70 minutes making it an ideal day trip destination.

The low-lying islands with thick forests and coral beaches are maybe less-known to the general tourists but often rate among the top 10 dive sites in the world by divers.

Developments are restricted in Similan Island as the area is designated as a national park. You won’t see any sophisticated buildings in the entire island group except for a few wooden bungalows, restaurants and ranger stations.

If you’ve dreamed about the tranquility of an unpopulated tropical island, this is it! Hop on a boat to Similan Islands. There’s one more reason to visit the place during the winter. The national park is open only from November to early May. Make sure you book during this period!

My Paradise: Being a ‘gardener’ in Thailand

Fever tests now required when flying from Korea to Thailand