The first lineup of bands for the 2022 Busan International Rock Festival, the longest-running rock music festival in Korea to be held at Samrak Ecological Park on October 1st and 2nd, has been revealed.

There are a total of 10 bands released, with the second lineup scheduled to be announced at the end of August and finally the third lineup at the beginning of September.

There are 3 overseas musicians, Britain’s ‘Honne’, a leader in sophisticated synth-pop and electronic, Israeli indie rock singer ‘Hila Ruach’, and Taiwan’s ‘I Mean Us’.

In particular, ‘Honne’ is very popular in Korea that two recent concerts in the country sold out in an instant, and it is expected to capture the hearts of citizens through its unique atmosphere and musicality in this first performance in Busan.

Last year’s Busan International Rock Festival was held online and offline, and the cumulative number of views on YouTube and TikTok recorded about 520,000, and this year, it is expected to be held for the first time in three years since 2019. 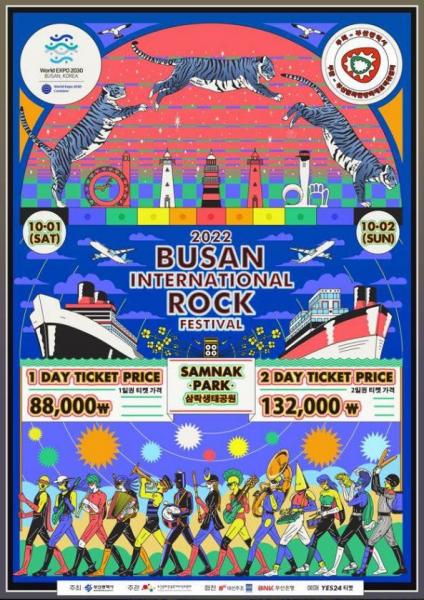 BTS to hold global concert in Busan in October