Samgwangsa Temple, located in Choeup-dong, Busanjin-gu, is the second temple of the Cheontae Order. From late April to early May, as many as 50,000 lanterns are hung to commemorate Buddha’s birthday.

The Lotus Lantern Festival is a traditional Korean culture event that has been around for over 1300 years. It is a festival intended to light up the hearts of citizens that may have been darkened by greed and selfishness by lighting the lanterns on the day of the coming of Buddha, and to pray for harmony and prosperity in society in general.

On Buddha’s birthday, you can experience not only the Lotus Lantern Festival, but also a temple stay where you can enjoy traditional Korean culture, make lotus flowers, and walk in the forest. Try taking a break from Busan while looking introspectively at yourself at Samgwangsa Temple in the heart of the city! 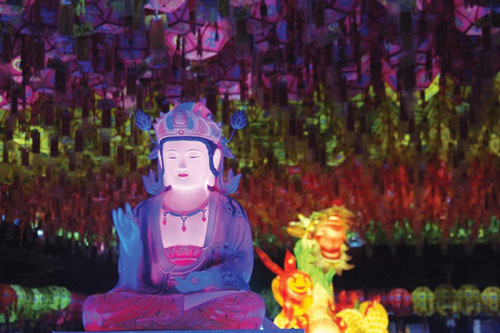 You can try performing the traditional ‘108 bows’, Zen meditation, walking in the forest, and making lotus flowers. Applications can be made via the website. 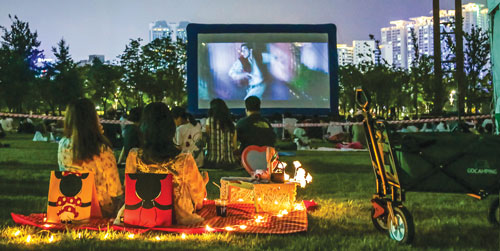 Busan Citizens Park is the best place to engage in some healing in the city center. In fact, V and BTS have strolled the grounds here! The park consists of five themes: memory, culture, pleasure, nature, and participation.

The site, which was used as a racetrack during the Japanese colonial period, as a prisoner of war camp during the Korean War, and as a garrison for the U.S. Army after that, was reborn in 2014 as a large urban park with an area of 471,518㎡.

It is an urban park loved by people of all ages, featuring forest trails with various themes, white sand beaches in the city, culture and arts village, and children’s play facilities. 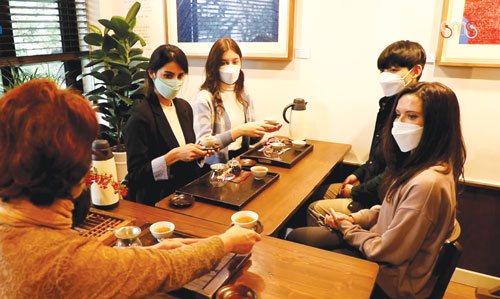 In Busanjin-gu, you can partake in a ‘delicious’ healing trip where you can taste traditional teas with various benefits and flavors, as well as homemade sweet red bean jelly.

You can relax your body and mind by drinking tea in a quiet atmosphere and learn how to enjoy traditional Korean tea in your daily life through a tea ceremony experience. 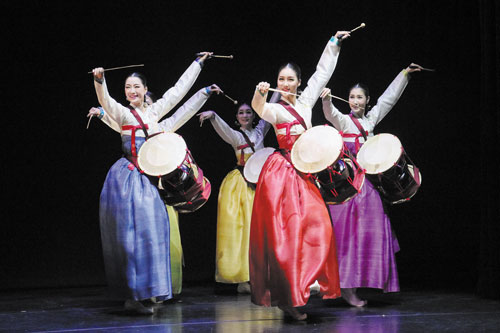 The Busan National Gugak Center, which was founded on the site of the former U.S. base known as Camp Hialeah, was built to inherit and develop the traditional performing arts of Busan and Yeongnam. Based on Busan’s rich traditional cultural resources, distinctive and high-quality iconic works are developed and presented, and you can experience traditional art up close through regular performances held every week, as well as traditional music lectures, and youth traditional music experiences. 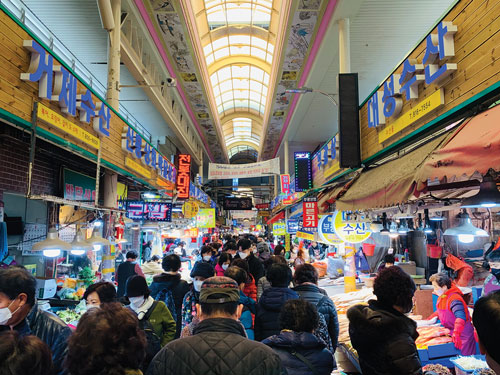 Bujeon Market Town is the largest traditional market in Busan and one of the largest markets in the country. An expansive traditional market featuring 3,000 stores and 5,000 merchants, selling a range of products, from fruits, clothing, and sundries to electronic products. In addition, the special ginseng market, opened in 1989, is the largest ginseng market in Busan and Gyeongnam Province. It sells ginseng products such as red ginseng, fresh ginseng, and white ginseng as well as various health foods at a discount of 20% to 50% from the usual market price.