Jeju full of fun, beauty in the fall

Jeju full of fun, beauty in the fall

Visitors to Jeju in fall are treated to beautiful landscapes decorated with the colors of silver grass, buckwheat flowers, and pink muhly. Here are some great places to see these plants.

The passing of seasons on Jeju is told not only by the differences in temperature, but also by the changes in the color of the island. Spring features the bright pinks and yellows of cherry blossom and canola flowers; summer is known for bushes of blue hydrangea; while fall brings the subtle shades of silver grass, white buckwheat flowers, and pink muhly. Here are some of the best spots to see each of these fall plants.

Silver grass, also known as eulalia, is a tall, reed-like plant with a head consisting of thin silver leaves and flowers. The grass grows throughout Jeju in fall, including on many of the island’s volcanic hills. Here the plants line the slopes, swaying in the wind as you climb. Two great places to see silver grass are Saebyeol Oreum and Sangumburi Crater. 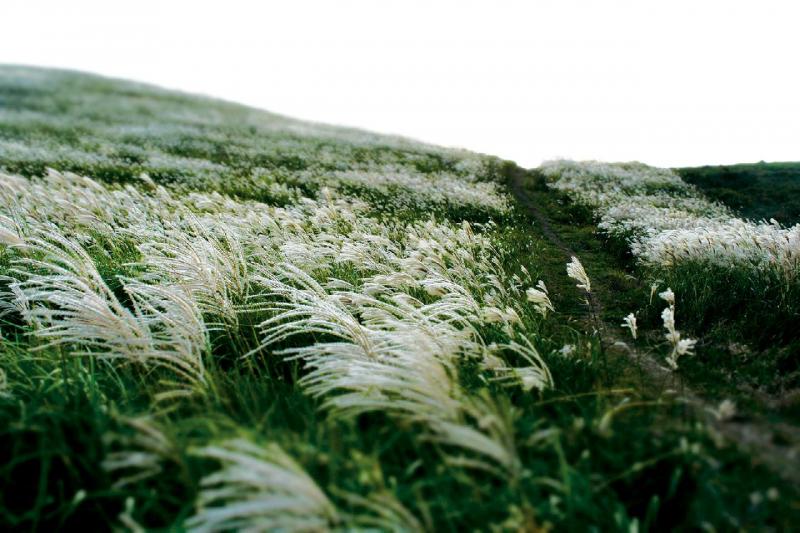 Views Out Over Jeju
Saebyeol Oreum

Saebyeol Oreum is situated on the west of Jeju. During fall, silver grass completely covers the sides of the hill. The oreum itself is 119 meters high, and there is a path that goes all the way to the top. It is not a long walk, although it is quite steep, which could make it difficult for some. The effort is worth it as on bright days the panorama from the top stretches out past the surrounding countryside to the sea. For a particularly special view, visit Saebyeol Oreum during sunset, when the silver grass catches the golden light, creating a sight that is unique to Jeju. 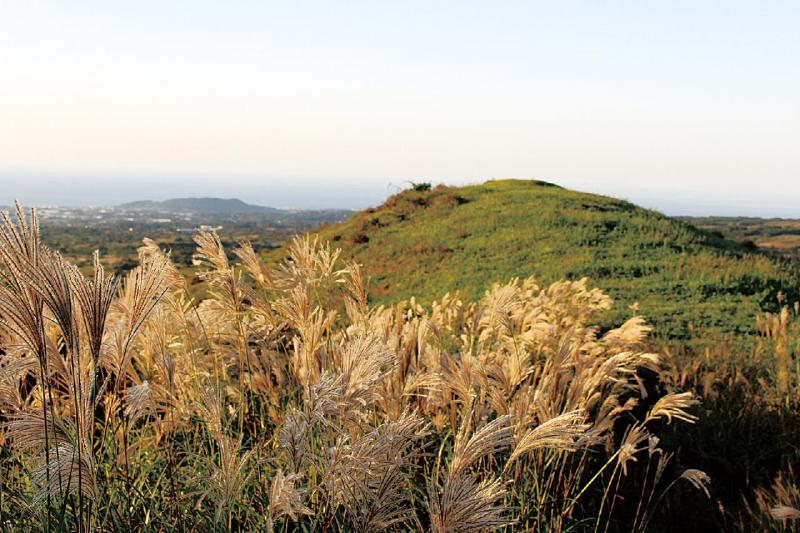 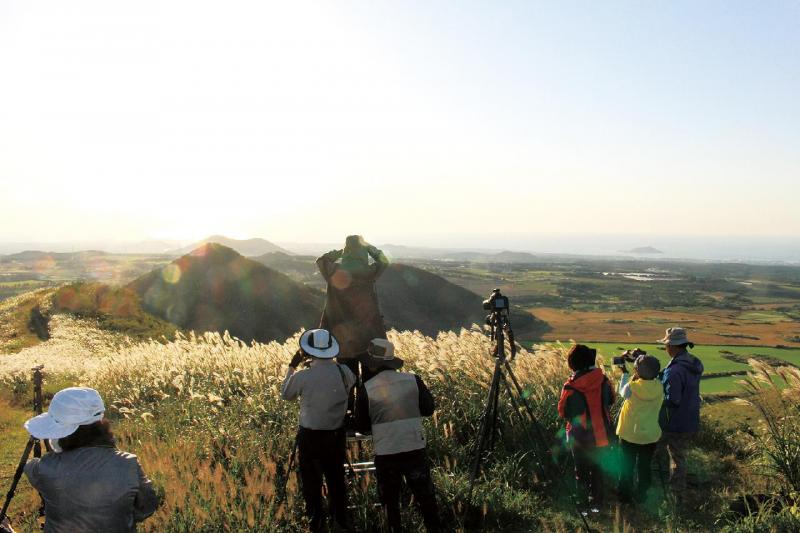 Sangumburi Crater is a large volcanic crater situated in the mid-mountain region of the island, a 40-minute drive from the airport. Unlike Baengnokdam—the crater at the top of Hallasan Mountain which requires a hike to the top of the mountain to see—it is easy to reach Sangumburi Crater via a short walk from the car park. At the top, you are treated to a view of the crater which, at its deepest point, is over 100 meters below you. While you cannot enter the crater, you can walk around part of its rim, and there is an observation deck so you can see inside. There is also a short trail that goes through the silver grass fields. It is not a long walk but is perfect for a short stroll on a cool day in fall. 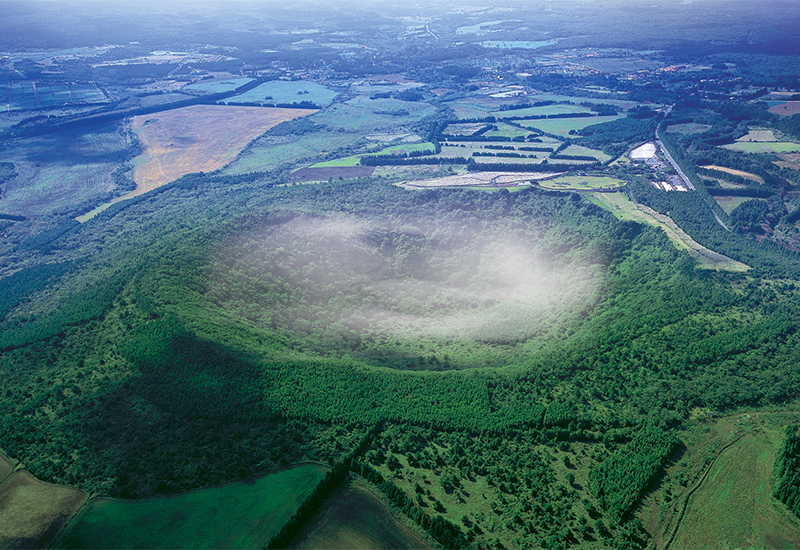 Awesome Views and Photo Opportunities
Ora-dong Buckwheat Fields
The Ora-dong buckwheat fields are situated in the mid-mountain area above Jeju City. A visit here reveals large expanses covered in the nutritious plant. Look south and you will see the Jeju countryside and the looming shape of Hallasan Mountain. Look to the north and you will see views out over Jeju City and the sea. The plants typically flower from mid-September to early-October, and during this time the area holds the Ora-dong Buckwheat Field Festival. At the festival you can walk through the fields and take pictures of the spectacular scenery. 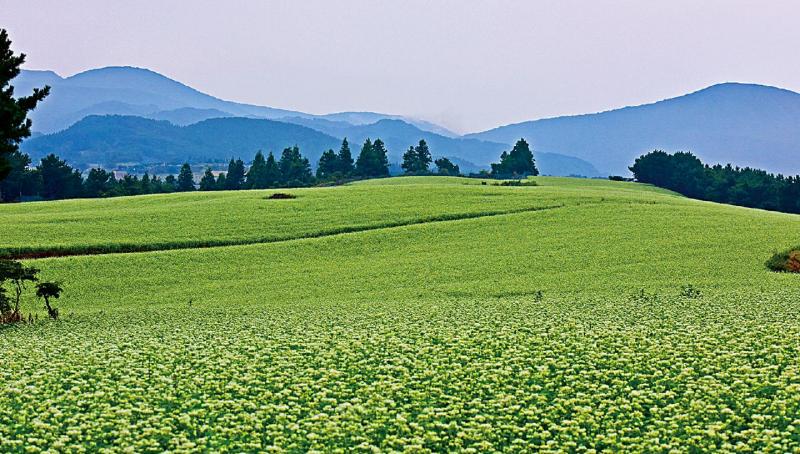 Wind Blown Buckwheat
Boromwat
Boromwat is a buckwheat field on the south-eastern side of the island. The name Boromwat means wind-blown field. Visitors to Boromwat can walk through the areas where buckwheat grows and take pictures of the unique landscape. During the fall, Boromwat is also home to red cockscomb and yellow chrysanthemum. Once you have finished taking in the scenery, there is a café and a shop where you can buy refreshments and souvenirs. 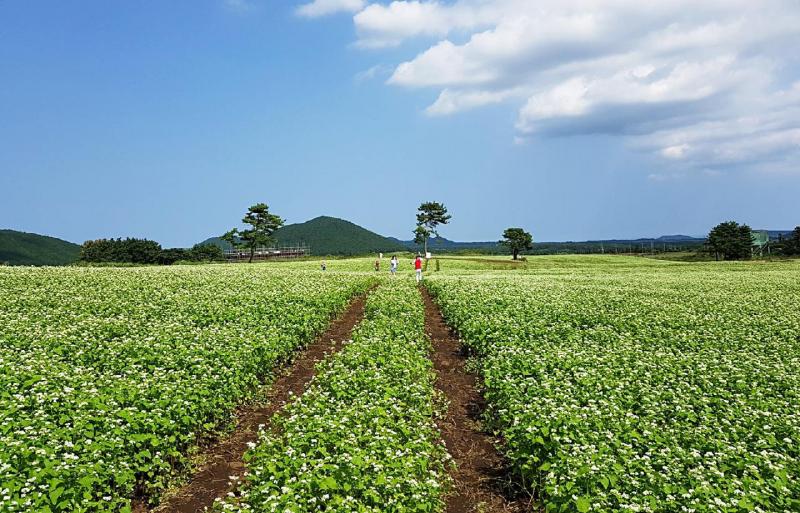 Cotton Candy-Colored Fields
Pink Muhly Grass
Pink muhly is a type of grass with a distinct cotton candy-like appearance. It is a popular plant to seek out among both tourists and locals alike as fields of the plant make a striking place to take romantic photos. Pink muhly blooms from mid-September to November, making fall the perfect season to see it. Pink muhly isn’t as common as buckwheat or silver grass on Jeju, but you can see it at the two locations below.

Muhly Grass, Fall Flowers, and Mini-Golf
Herb Dongsan
Herb Dongsan is a park that showcases different species of plants throughout the year. It also has a small tangerine farm and a mini-golf course. In the evenings, there is a light show which you can walk through. The highlight of the park in fall is the pink muhly grass, which grows on a 10-meter-high hill within the park. As well as pink muhly, at Herb Dongsan, you can see other flowers that bloom during the season such as marigolds, lantana flowers, and tarragon flowers. 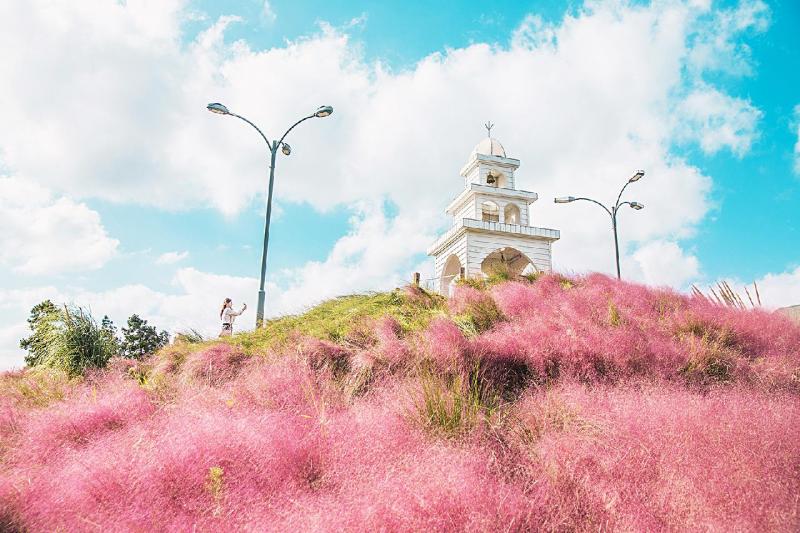 Pink Muhly Grass in a Beautiful Setting
Hueree Natural Park
Hueree Natural Park is a private park and garden. It showcases different plants and flowers depending on the time of year. Fall is when pink muhly grass takes center stage, and at the park, you can take photos with a traditional Jeju thatched roof house as the background. The pink muhly is typically in bloom from the middle of September through October. 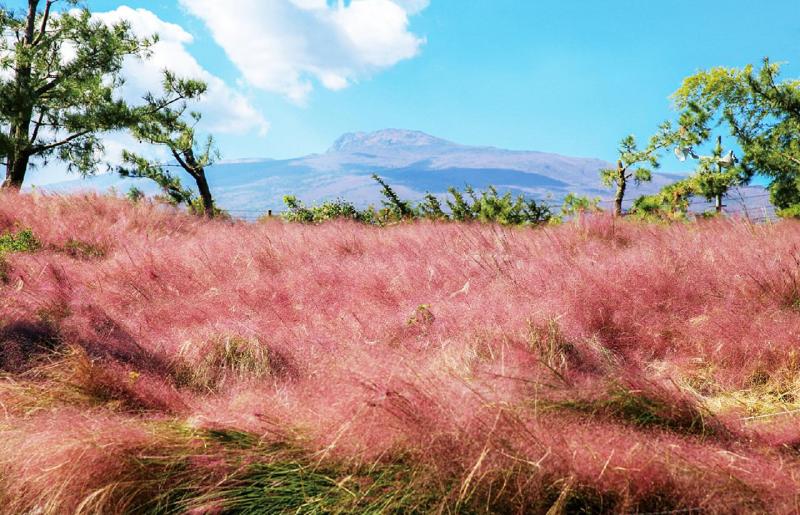