The Korean Palace Flower Museum located in Maegok-dong, Yangsan pays tribute to the beauty of Korean flower court paintings from the Joseon Dynasty.

The new museum consists of two buildings — Daesangdang and Surojae, both which are traditional hanoks — and a waterway amid the beautifully landscaped grounds and is near Hwangsuro National Intangible Cultural Property No. 124.

The museum includes traditional exhibitions such as royal court flowers made of silk or paper used during banquets in the palaces of the Joseon Dynasty. 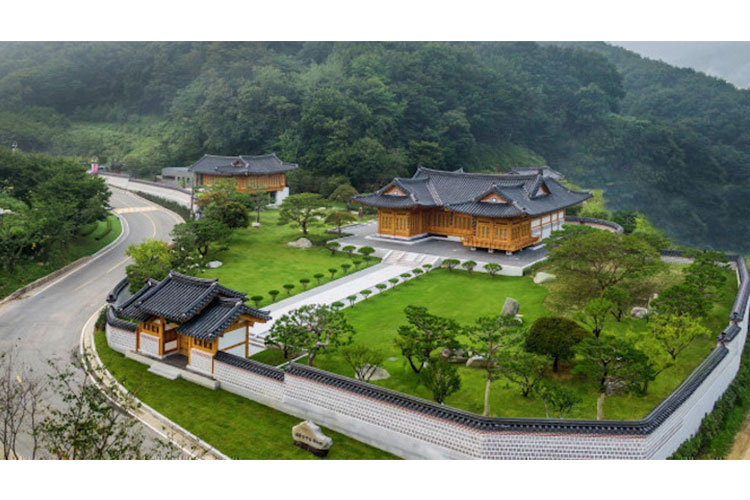 Additionally, a special opening exhibition on ‘Gojong Jung Chan’, presents a reenactment of King Jong-sun’s eighth birthday party in 1887 and displays a luxurious table setting of the times.

Other exhibits include styles of the late Joseon Dynasty and the signage of Silla, Goryeo, and Joseon Dynasty and an exhibition weaving room where you can see pictures of scenery and various painting tools that depict the lives and lives of women of the Joseon dynasty.

The museum took 10 years to construct and admission is free until full operations begin next year.

Free passage on some private roads in Gyeongnam Province during Chuseok