Korea Tip of the Day: Do not drive in bus lanes!

Korea Tip of the Day: Do not drive in bus lanes! 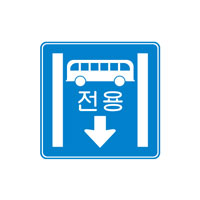 Like in many other countries around the world, Korean cities have bus-only lanes. These have been around since 2008 and Pyeongtaek is starting to expand the lanes. To avoid issues the next time you hit the road, let’s talk about the rules drivers must follow when they drive on roads with bus lanes.

You’ll recognize these special lanes by the single or double blue lines and “bus only” Korean markings. Depending on where you’re driving, the lanes can be in the median or on the roadside.

The most recognizable lane is the median double blue lane in Seoul. This type of lane is used by buses 24 hours a day, 7 days a week, so vehicles are strictly prohibited to use it. In Pyeongtaek, there is one median lane spanning from Seojaegyo Bridge to the Good Morning Hospital intersection.

As for roadside lanes, these blue lanes are only in effect from 7-10 a.m. and from 5-8 p.m. in Pyeontaek. During these hours, all other vehicles are prohibited from entering these lanes. Check the timeline from the supplemental signs when the lane is in effect in your area.

Vehicles are permitted to use the dotted blue line only when making a right turn or to immediately exit the main street. Taxies are allowed access to the curb or driveway to quickly drop off or pick up passengers.

Bus lanes on the Gyeongbu Expressway and Yeongdong Expressway have been designated to be used only by buses and 9-passenger vans having at least six passengers.

Should you stray and happen to accidentally enter a bus lane, don’t panic! Drivers are given the opportunity to seek a safe way to merge back into traffic since there is a lot of congestion in downtown areas.

As with other rules of the road, stay vigilant, pay attention to road signs and times posted. Avoiding bus lanes will help you avoid headaches and fines, plus keep traffic flowing.

Korea Tip of the Day: A rule cyclists should know

Korea Tip of the Day: Tips on tipping

Korean traffic rules while driving in a tunnel

Korean traffic rules while driving in a tunnel

Hop on a bus with KakaoBus