Make Gyeongnam your next destination in Korea

Make Gyeongnam your next destination in Korea 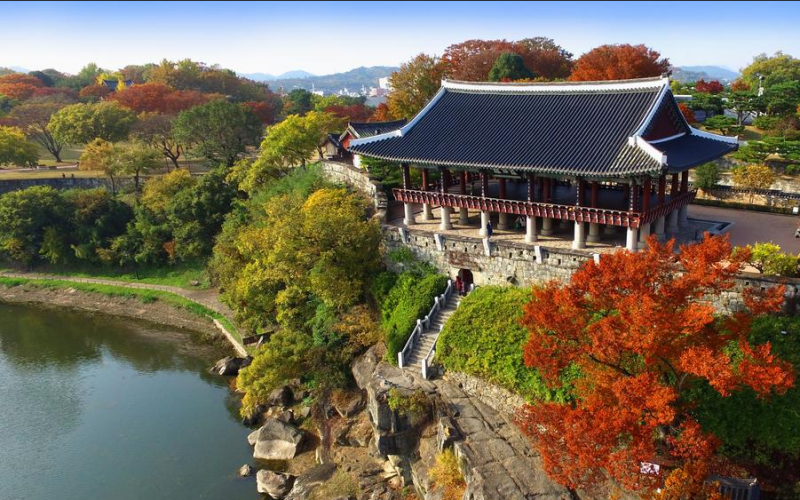 Jinjuseong Fortress (area 1,760m, stone castle) is a sacred ground that integrates the history and culture of Jinju. Originally a mud castle, it was rebuilt with stones against frequent invasion of sea marauders in the 5th year of King Woo of Goryeo Dynasty (1379). During the Japanese invasion of Korea in 1592, General Gim, Si-min had a victory at this castle, which was one of three great victories in the war. In the next year (1593), in the second Jinjuseong Battle, about 70,000 militia corps and government troops resisted to the last meeting, a glorious death for their country.

This castle was used as the provincial office of Gyeongsangnam-do from 1895 to 1925. In 1969, the first Jinjuseong Restoration Project was started. Chokseongmun was completed in 1972, and fortress repair was finished in 1975. The second Restoration Project was started in 1979. Removal of 751 private houses was completed in 1984. In 1992, as the third project, the outer wall of the castle was improved.

Chokseongnu (pavilion, one of the top 3 picturesque pavilions in Korea) presents the wonder of perfect natural harmony among Namgang River, Uiam, and Jinjuseong Fortress. The night view of the 9 km-long Namgang area conjures up a charming and romantic mood. Jinjuseong Fortress was selected as one of the 100 Tourist Attractions in Korea by Korea Tourism Organization for the eighth consecutive year. Further, Chokseongnu was recommended as one of the 50 must-visit world famous tourism attractions in Korea by CNN GO. 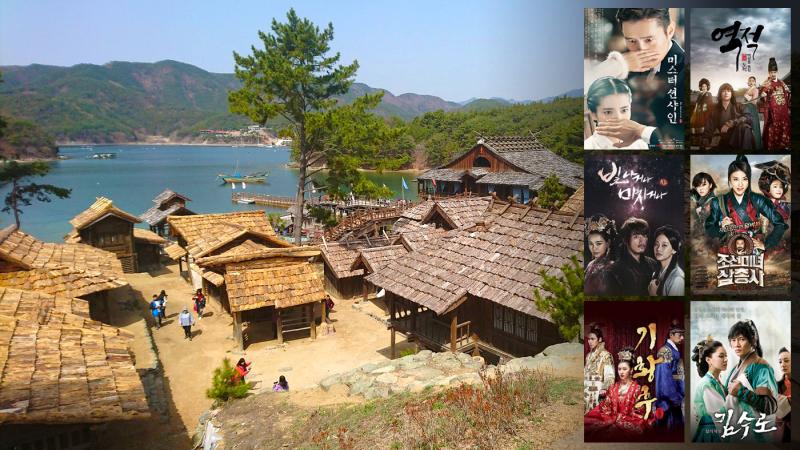 The filming set contains 25 wooden buildings displaying exquisite architectural styles as well as 3 ships and various props used during filming. It also offers a magnificent view of the beautiful coastline and splendid natural scenery. The marine drama set was initially used as one of the filming locations of the MBC drama, “Kim Su-ro, the Iron King,” after which it became the filming location for the SBS drama, “Warrior Baek Dong-soo,” KBS drama, “The Princess’ Man,” MBC drama, “Empress Q,” tvN drama, “The Three Musketeers,” and movie “The Huntresses.” It’s a place where you can check out the traditional customs and culture as well as an iron production site, dock and weapons from the Gaya period. 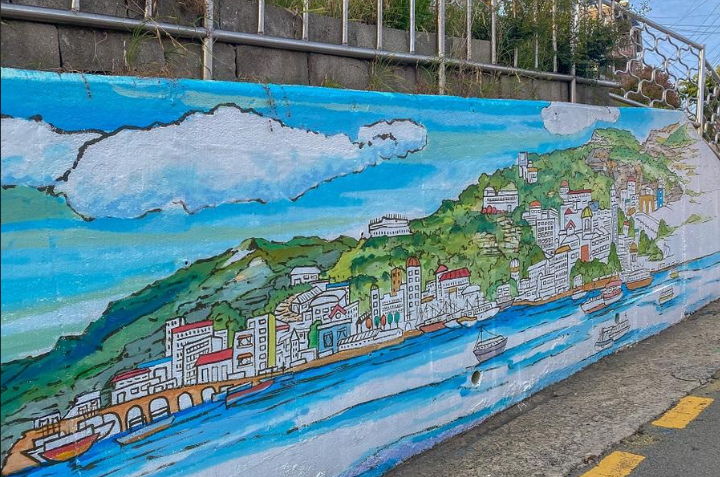 Situated on a hill up from Gangguan Harbor, Dongpirang Village is characterized by colorful paintings on the walls throughout the residential quarters. The walls are re-painted every two years following a contest. The village, which is set against the blue sky and sea, is itself like a painting in an outdoor museum. In addition, the site is a great vantage point for viewing Gangguan Harbor and the sea off the coast of Tongyeong. 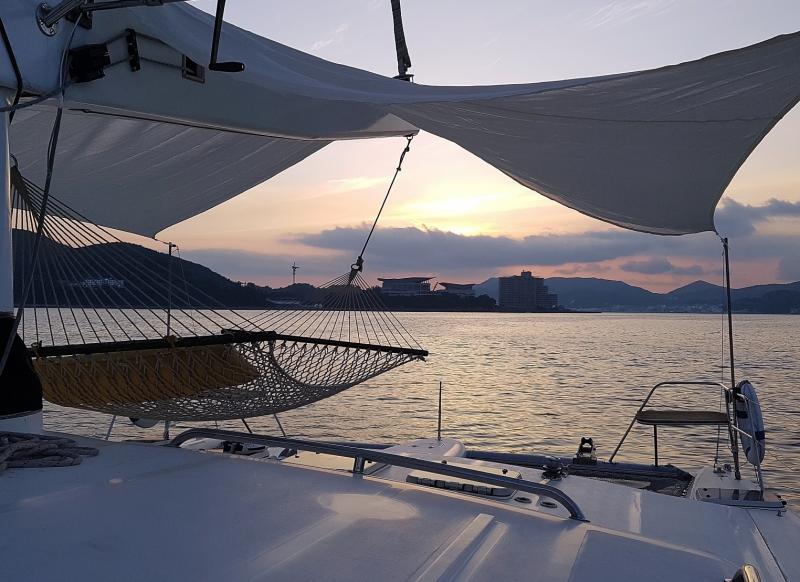 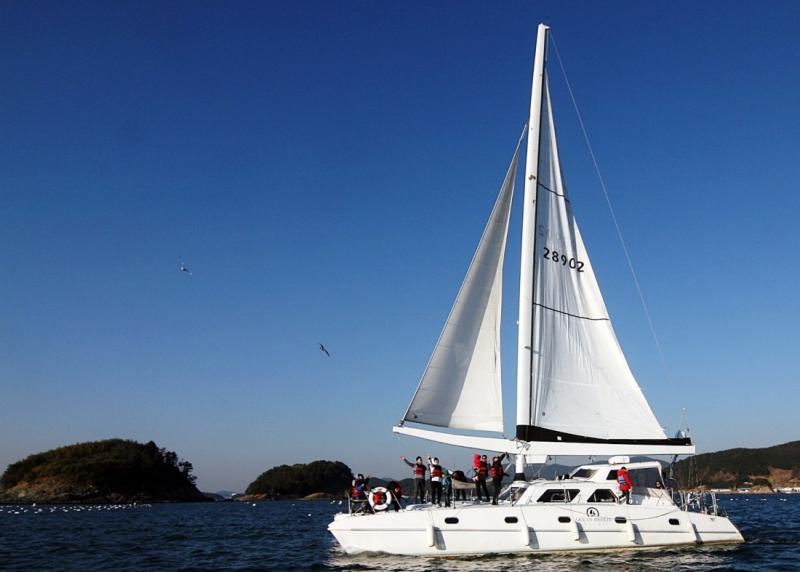 Ocean Breeze Yacht is a center specializing in yacht experience, snorkeling and yacht rental. It is equipped with a 15M-class catamaran including 4 rooms, a shower, a salon, a kitchen, a karaoke system, and air conditioning. It’s a large luxury yacht. The most popular program is “a tour of Hansando” which takes about 2 hours. It is a course that starts from Yeongunhang and includes Samchang-i Rock, Jukdo, and Hansando disembarkation. 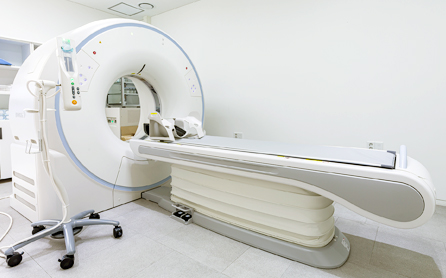 Regular check-ups are important at every age. However, for many 20 and 30 year olds, doctor’s appointments aren’t typically at the top of the to-do list. In fact, a 2017 survey found that 33% of millennials don’t even have a regular doctor. A Kaiser Family Foundation poll found similar results: 45% of 18 to 29 year olds and 28% of 30 to 49 year olds don’t have a primary care provider. Regular check-ups now can be key to protecting your long-term health.The Geoboong Baik Medical Center is here to provide a wide range of health services with the latest equipment.

How to get a free fam tour ticket

Tip for getting a higher chance of winning 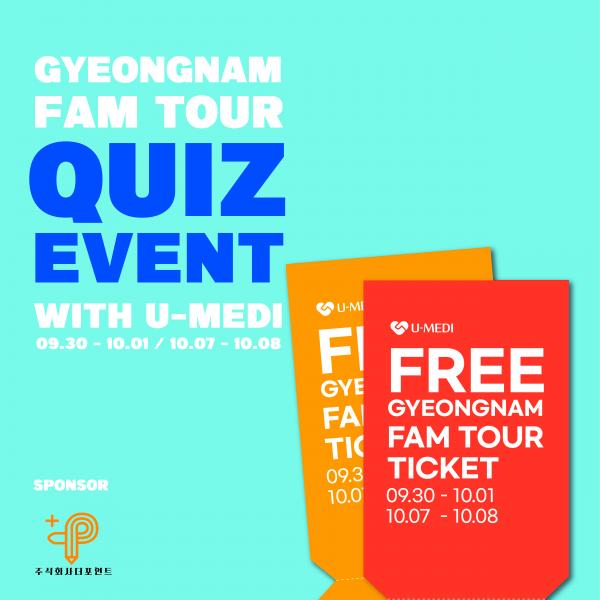 U-MEDI: Your health partner in Korea