Photos by Cord A. Scott, PhD

South of USAG Humphreys on route 43 in the town of Asan is a park of serenity and interest for the nature lover as well as the historian. This area is noted as the ancestral home of Admiral Yi Sun-shin. Yi is to the history of Korea what George Washington is to America: a commander who took on a powerful adversary (in Yi’s case, Japan), had his share of hardships (he was actually removed from command at one point) and is seen as an integral part of Korean history.

For many Westerners unfamiliar with Korea, Yi is often noted as the statue in downtown Seoul just south of the U.S. Embassy, or through the military figures sold as part of the Korean souvenirs that permeate the region.

His home in Asan now has a museum which describes his life and history, not to mention a temple which has his image in it, and finally a home in which he lived for a time in his earlier years. The markers explaining how to get to his home are fairly well marked, even for someone who may has very limited Korean language skills.

As with many locations, there are some pamphlets in English which will explain the history of Yi and his impact on the Choson Kingdom in the late 1500s. The museum also has a section which explains through maps, diagrams, models and artifacts the development of his greatest weapon: the turtle ship.

The turtle ship was a squat ship which was armored and featured a large dragon head with small cannon inside to serve both offensive as well as psychological purposes. These ships and Yi’s tactics served as a significant counter to the Japanese invasion under Hideyoshi Toyotomi, which began in Busan in 1592. Yi pushed back the Japanese forces over the course of the next several years, mostly by harassing Japanese supply routes. The Koreans also had assistance from the Chinese as well.

With the renewed Japanese push in 1597, Yi countered again with the turtle ships. While the battles in 1598 took place near Jeju on the southern tip of Korea, the impact of Yi on Korean history was critical to a sense of identity. There is also a Korean movie on the battle, entitled The Admiral: Roaring Currents, which is subtitled in English. This movie was originally part of a Korean TV series.

As one wanders through the grounds past the museum there are remnants of Yi’s life still preserved as well as a sense of calm. The bridge and pond offer a serenity as well as artistic detail that is common of Korea. The house which is located just beyond gives the visitor a sense of the life of Koreans from that time. Up on the hill behind the house are some of the relatives of Yi who are buried there.

Also on the hill is one of the ancestral temples where Yi and his family might come to pray for good fortune, be it academically, militarily or in a more intimate, familial sense. The area offers a nice view of the valley to the south.

Admiral Yi is not buried here, however.  He is buried at Gwangmyeong, near Incheon. His end came in battle which seems appropriate and occurred from an errant shrapnel from a cannon shell. As for getting to the site, the drive is fairly simple. Drive down route 38 and continue. It will take approximately 45 minutes, but the drive is nice. Look for the brown history marker signs. There is a minimal cost to enter or if you take part in activities. 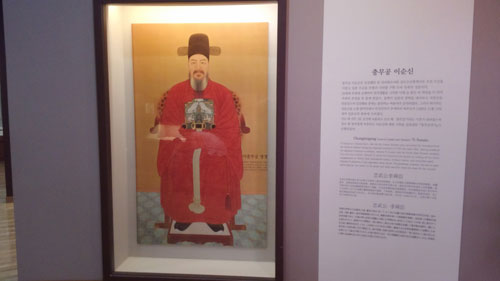 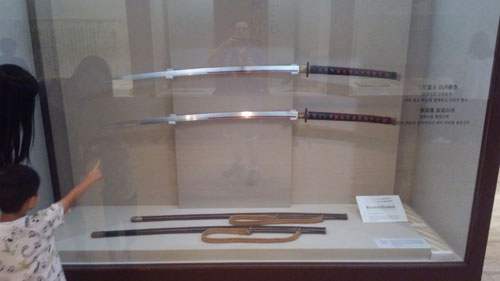 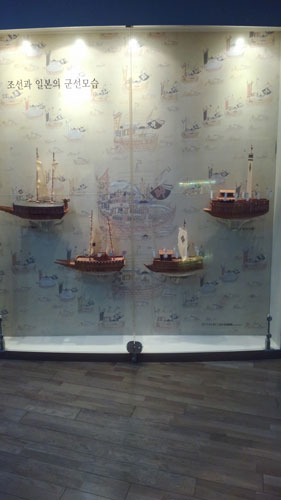