As our usual routine and social activities are now suspended indefinitely, many are turning to a time-honored pastime – watching T.V.

But now that you’ve caught up on Stranger Things, Tiger King, The Great British Bake-off, etc., you may be curious about the other options Netflix Korea offers.

You may be intimidated by the Korean flicks and soap operas available, but allow me to break down some of the best, which also happen to have subtitles in English.

Released in 2016, the “Train to Busan” is a zombie flick directed by Yeon Sang-ho. After its release, this movie was harshly criticized at home, but foreign critics and audiences loved it. I liked it, too. This film depicts the main characters’ struggle to survive on the train from Seoul to Busan while a zombie virus breaks out in South Korea. The film mostly takes place on a train and the unpredictable situation of every stop at the train station brings tension throughout the whole movie. Though its cinematic quality isn’t that great, the plot and movie itself is very entertaining. If you’re a zombie movie enthusiast like me, hop on the train to Busan. 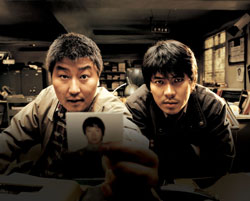 Directed by four-time Oscar winner Bong Joon-ho, “Memories of Murder” is a masterpiece which made Bong a household name. Released in 2003, the film’s plot is centered on true events surrounding serial rape-murder case in Hwaseong, Gyeonggi Province from 1986 to 1991. In this thriller, which will have you on the edge of your seat, Bong takes the viewer inside Korean society’s darker side in the 80s. 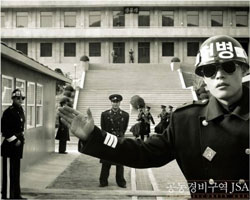 This is one of those where the Rotten Tomatoes meter is a little off, because the audience scored this a lot higher at 91 percent “fresh.” I have to say I agree with the audience, JSA is a good one to watch.

This 2000 film elevates Park Chan-wook from an ordinary movie director to a maestro. Twenty years since it’s release, and this is still considered a theatrical masterpiece depicting the division of Korea through the precarious friendship and tragedy between South and North's young soldiers. 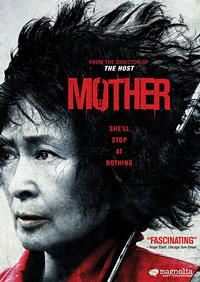 Here, another one of Bong Joon-ho's films. Despite the interpretation of “Mother” being a complicated story by critics, at its core, this film is a simple story about motherhood and the meaning of maternal love.

Famed Korean actor Kim Hye-ja plays a widow with a 27-year-old son who has developmental disabilities. The plot involves a murder in which her son is implicated and the widow attempts to solve. Watch out for the impressive dance scene at the beginning reminiscent of Joker’s bathroom dance scene in the 2019 blockbuster. I’m still wondering whether this is a coincidence or an homage. Check it out and let me know your thoughts! 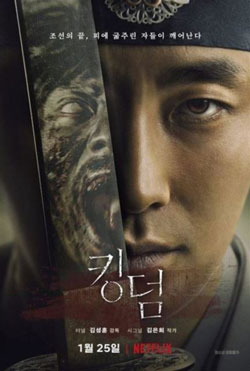 Known for its delicate mixture of dramatized history and occult fiction, “Kingdom” is the first TV drama produced by Netflix in South Korea. This $2-million-per-episode production is gaining steam for its incredible visual beauty and zombie theme set during the Joseon Dynasty. 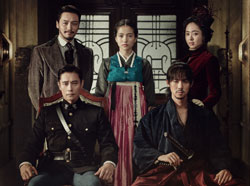 The TV drama series is about a Korean man becoming a U.S. Marine Corps officer and being embroiled in the national resistance movement against Japanese colonialists after returning to Joseon.

Let me first begin by clarifying— this is not my recommendation. I have included this pick as it was one publicly endorsed earlier this year by some leaders of USFK. So, instead of my commentary I will briefly summarize a series tweets by Maj. Gen. Patrick Donahoe, the Eighth Army deputy commading general, and Gen. Robert Abrams, the top U.S. commander in South Korea, on this romance drama.

It all started when Maj. Gen. Donahoe tweeted: "Fair warning. If you are coming to Korea, you are legally required to watch Mr. Sunshine before you arrive. It's on Netflix. That is all."

Gen. Adams retweeted Donahoe and added, "Not quite legally required. More like 'strongly encouraged.' You will be glad you did.”

With the influence of Korean food and music already expanding to the West, it would only be a matter of time for TV and film to get it’s turn to shine. Just because we’re stuck inside and can’t explore Korea shouldn’t mean we can’t explore via our televisions or devices. Check out my picks and fall in love with Korean takes on drama, romance, horror and the ever-popular zombie flick!

Discovering the charm of Korea's Bugok