Many visitors and new arrivals to South Korea might be disappointed to know the Google Maps app they’ve relied on for their travel and navigation needs does not work on the peninsula. Due to the overt threat from the North, South Korea maintains a strict policy on the exportation of local mapping and military geographical information to foreign companies like Google.

But before you think you must go out and buy a map or atlas, there is a digital alternative that will make sure you don’t get lost in Seoul or anywhere else in South Korea. Try KakaoMap, Korea’s map application.

KakaoMap will automatically track your current location, calculate and show an approximate distance to the final destination. Get directions according to modes of transportation, including cars, bikes, public transportation or walking. The driving route also has various angles and a 3-D view, 360-degree rotation and tilt features.

Though the app is available in English, note the starting point and destination icons are not translated. The blue icon, ‘출발’ means departure and the red one ‘도착’ means arrival.

Google Maps users will be happy to know that KakaoMap also has attraction, restaurant, subway and bank information. The buttons at the top let users toggle between the options, and based on your geographic location, the app will also show you what local festivals are happening nearby.

Don’t fret if your usual map app isn’t working and try KakaoMap today. The free app is available in both Android and iPhone. 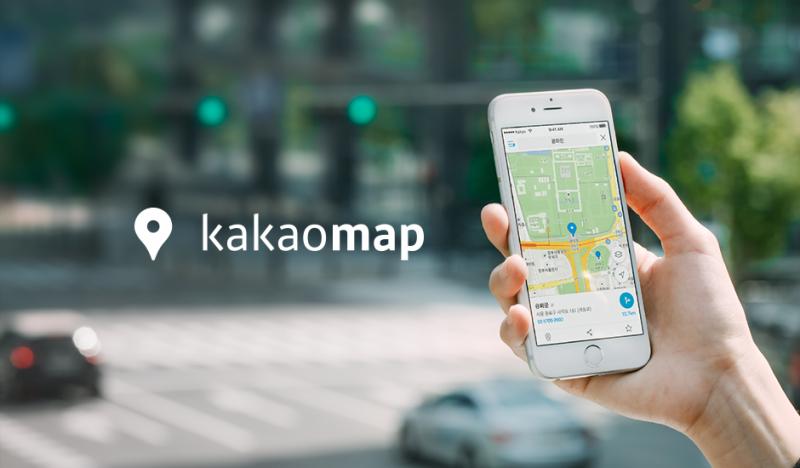 Check out KLOOK when planning your next trip in Korea