The recently unveiled official poster for the 27th Busan International Film Festival (BIFF), portraying a figure staring at the ocean under a clear sky, is generating much anticipation.

Signifying the reunion between the audience and BIFF, also known as the ocean of cinema, this image vividly portrays the excitement of the festival, which is being normalized after three years of pandemic. The individual gazing at the logo of the Busan International Film Festival symbolizes not only the audience, but all movie lovers, including festival guests and industry officials, and adds special meaning to the poster.

This year’s BIFF will amuse the audience and revitalize the film industry by reopening various sections and supporting projects that were put on hold due to COVID-19, such as Midnight Passion, the Asian Cinema Fund, Platform BUSAN, Forum BIFF, and the Asian Film Academy, which has recently returned with a CHANEL X BIFF collaboration. In line with the message of the poster, the festival is expected to bring back a vibrant energy and connection to both the audience and filmmakers.

Furthermore, BIFF will strictly comply with safety guidelines, as the spread of COVID-19 is still ongoing. At the same time, the festival will put forth its best efforts to normalize the festival so that it can be enjoyed by the attendees in a safe manner.

The 17th Asian Contents & Film Market (ACFM) poster has also been released to the public as well. ACFM 2022, which will be hosted on-site in full capacity for the first time in three years, will introduce Busan Story Market, the world’s first IP sales market, which has garnered significant interest from domestic and foreign content officials.

The official poster of the 27th BIFF was designed by Choi Soon-dae, president of the Busan Ensemble of Contemporary Visual Design, and the art director of the Busan International Film Festival since its second edition.

The 27th Busan International Film Festival, which is already attracting much attention after unveiling this year’s official posters, will be held for ten days from Oct 5 (Wed) to Oct 14 (Fri) at the Busan Cinema Center. 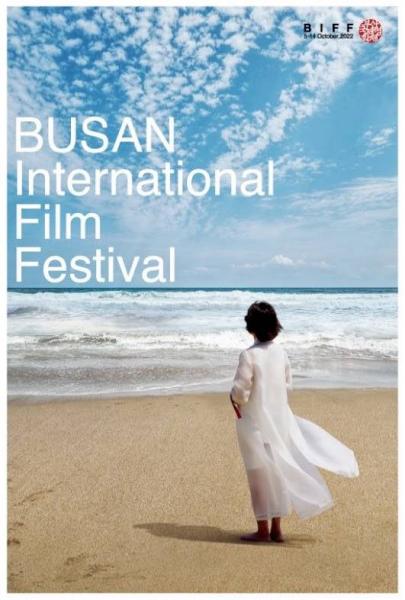