On February 7, entry submissions were opened for the 3 sections, Official Competition, Non- Competition, and Made in Jecheon.

This year, a total of 1,525 films were submitted, including 1,273 international and 252 Korean films. The Korean film submissions saw a 77% increase compared to the pre-pandemic record in 2019 and reached a record high.

A variety of films were selected for this year’s Official Competition-Korean section: 10 narratives, 4 documentaries, 2 experimental films, and one animation film.

The selected films are so extraordinary and unique that it feels as if the Jecheon International Music & Film Festival is an exclusive opportunity to meet such a lineup, including a film in which documentary technique stands out, a film that makes you realize that you do not have to be rich to enjoy music no matter how hard life is, a film that reflects on artists’ awareness towards plagiarism and justice, a film that creates a narrative through movement, dance, rhythm and beat, and many more films.

The Pre-selection Advisors – Korean for this year, Editor-in-Chief of Big Issue Magazine Kim Songhee and Journalist of Cine21 Magazine Kim Somi, explained the general tendency among the films submitted this year as follows: “Many of the films submitted for the 18th Jecheon International Music & Film Festival are distinguished by their common approach of seeking ways to connect with others through music. They do not give an easy answer, but rather search for the right question with others.”

Since it is a competitive section, the jury will select the winners of the Korean Competition during the festival, and along with the announcement of the results, prizes will be awarded at the Closing Ceremony.

“Films that embody music and life, dreams, society, and reality will be screened during the festival in Jecheon. We look forward to audiences creating their own ‘film era’ by choosing various programs from outdoor to indoor cinemas,” said the Pre-selection Advisors – Korean.

The 18th edition of the Jecheon International Music & Film Festival, where visitors can bask in music and film to the fullest, will be held for 6 days from August 11-16 in the Jecheon City Area.

This year, various programs full of festivity will be prepared for the audience, including ‘One Summer Night,’ the iconic music event of JIMFF, which was reduced in scope last year due to COVID-19. 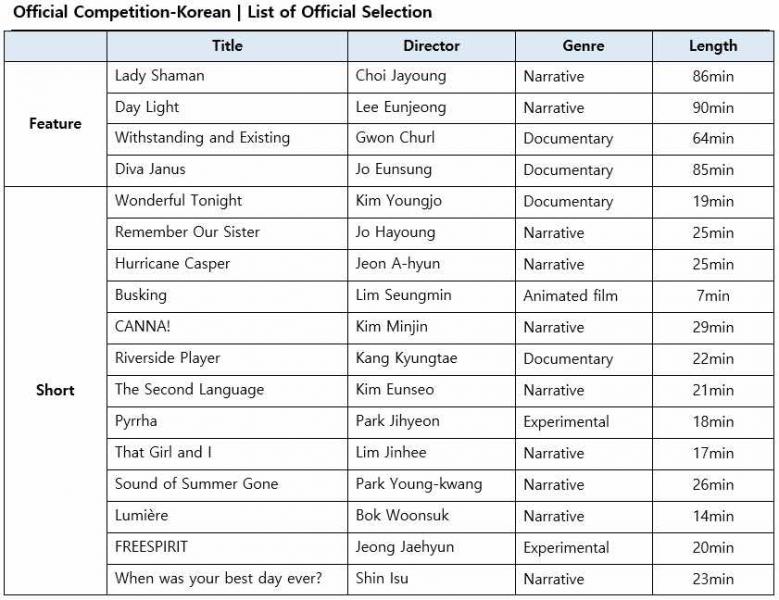 17th JIMFF downsized to prevent the spread of COVID-19

JIMFF reveals its selection for the official competition: Korean