Image courtesy of Dr. Yuno Do

For those of us who live here, Korea has both an urban and natural lifestyle, which allow us to enjoy the ‘Land of the Morning Calm’. In a country that has more vertical than flat land, the Republic of Korea has a surprising amount of wetlands which are both accessible and inaccessible.

While wetland conservation was not a primary goal in the industrialization of Korea, the politicians of the time did see fit to join the Ramsar Convention, which has become the primary force behind the global conservation of wetlands of international importance.

The Ramsar Convention on Wetlands of International Importance, or just The Ramsar Convention, has its origins in 1971, at the city of Ramsar in Iran, where an international agreement was reached that focused on the conservation of wetlands at the global scale. It was the first of the large intergovernmental environmental agreements with its foundation in 1971 and coming into force in 1975.

Korea as a nation joined the Ramsar Convention in 1997 with the submission of its first Ramsar site The High Moor, Yongneup of Mt. Daeam in Gangwan-do. When Korea joined Ramsar in 1997, it agreed to continue to conserve wetlands within its national boundaries.

Since 1997, Korea has continued to have wetlands ratified for inclusion to the global list of Ramsar sites, and thereby to uphold its agreement to the Ramsar Convention.

To date, Korea has had 21 accessions to the Ramsar List. Each of these wetlands was included for different reasons and therefore each has its own unique attractions for visitors. While all of these wetlands can be visited, some, due to their location requires more of an excursion to reach, but if you are interested in visiting, they can interesting in their own right.

The first of Korea’s Ramsar sites, Yongneup is a considered a high moor, which is a wetland found at a higher elevation, and it is identified by vegetation that is typically or a woodier form. The site is two bogs surrounded by a broadleaved forest. It is also the only high moor in Korea, and as such possesses some of the only peat bogs found in Korea. Access to the site is controlled, but with planning, it can be obtained. Found in the wetland are species like the Korean fire bellied Toad, the Goral, the Small-eared Cat, and the Flying Squirrel.

The second of Korea’s accessions to the list, Upo wetland is also a Nature conservation area. The site is the largest undisturbed wetland in Korea. There is a wetland conservation hall near the wetland that is used to support tourism and education. The site is open year-round; however, during the winter the wetland provides a migratory stopover for many waterfowl, making it very enjoyable for birders.

This wetland, which is the largest high moor found within the Korean peninsula, has more peat bogs. The wetland hosts 294 species of plants, 146 species of insects, 5 amphibian and reptile species, and 44 bird species. Due to the large abundance of rare and endangered species, all activities are strictly controlled; however, there are plans to develop ecotourism in the area so visitors can enjoy the natural beauty of this unique wetland.

Suncheon Bay, or Suncheon man, is a marine wetland. An estuary subject to tidal fluctuations, the wetland possesses both tidal flats and intertidal marshes. The diversity of habitats produces a corresponding diversity of organisms in the bay, which includes the black-faced spoonbill, Nordmann’s Greenshank, the Spoonbill Sandpiper, and the Relict Gull. In Korea, it is the only wintering site for the Hooded Crane (Grus Monacha), and hosts more than 1% of the population of migratory waterbirds (the Common Shelduck, the Eurasian Curlew, Saunders Gull and the Kentish Plover). In conjunction with this, it has some of the largest giant reed grass beds in Korea. In 2004, the Suncheon Bay Natural Eco-park was established to promote conservation of wetlands and their cultural values, and in 2016 the Ramsar Regional Center-East Asia moved here from Changwon, where it was established in 2008.

A unique type of wetland, this crater lake is found on the top of an ‘oreum’ a secondary volcano on Halla mountain on Jeju Island.  It hosts two endangered species; narrow-mouthed frog and the giant water bug. Near the wetlands access trail, one can find pitcher plants. Currently, a wetland visitor center and nature trails being constructed near the wetland.  Be aware, access to the wetland requires climbing a very long stairway.

The oldest high moor in Korea, Moojeechineup is 10,000 years old and has the most well-developed peat layers with slightly acidic water. There are a number of rare and nationally endangered species present and provides habitat for about 197 species of insects. It is named after a ritual prayer for rain in the Ulsan area.

A unique wetland even in Korea, this wetland is a freshwater lagoon surrounded by a sandy dune system fed by groundwater. The unique structure of the wetland allows it to support a number of Korean endangered species, including the Korean golden frog, the Narrow-mouth Boreal digging frog, and the Tiger lizard. In total, the site hosts 311 plant species, 8 mammal species, 39 bird species, 14 amphibian and reptile species, and 110 species of insects. Tourism and recreation are currently restricted at the site.

This wetland protected area, in South Jeolla Province, is an undisturbed intertidal sand-mudflat on the west coast of Korea. The sites are in an inner bay and provide habitat for Saunder’s Gull, Black-faced Spoonbill, and the Chinese Egret. As well, it is a spawning ground for approximately 357 species of fish which are a source of food for migratory waterbirds using the East Asia-Australasia Flyway.

Located close to Incheon city, this is one of the smallest Ramsar sites globally. The wetland is a man-made rice paddy near the city that was purchased as habitat for the endangered Maehwamareum (Ranunculus kazusensis makino). The site is subject to eco-friendly farming practices, due to this practice, the site also acts as a refuge for plants, insects, and fish, which then support migratory birds.

This wetland, like Mulyeongoreum before it plays an important role in groundwater recharge. Principally a wetland created out of a crater lake, the wetland is surrounded by a forest of deciduous trees. The site hosts several endangered species including the Peregrine Falcon, the Fairy Pitta, Black Kites, and Black paradise flycatchers. Culturally the site is considered to be one of the three holy mountains on Jeju Island and is associated with the giant goddess Seolmundae. Access is available but is limited, and like the other sites located on Halla Mountain, it is achieved by climbing a very long staircase.

This wetland site is three small fens at about 1000m above sea level. They provide habitat for a number of endangered species and other species such as the IUCN designated vulnerable species Musk deer, Long-tailed goral and Water deer. Owned by the government, this site is designated as non-accessible due to its national status.

Seocheon tidal flat is a marine wetland protected area and is a combination of sand-mud flats that are important as spawning and nursery grounds for migratory birds and fish. The flats provide habitat for the Saunder’s Gull, the Spoon-billed Sandpiper, and the endangered Spotted Greenshank. The site also supports 1% of the population of the Eurasian Oystercatcher. Locally there are 125 species of fish including the River Puffer, the Koran Rockfish, and the Japanese Eel.  The flats also play a role in offsetting tidal surges, facilitating filtration of pollutants and sewage, and a local fishery that includes clams, octopus, and the Korean shrimp. 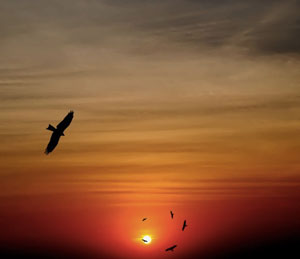 This wetland is found at an elevation of 1100m within Halla san national park and is part of a UNESCO world heritage site, and a Biosphere Reserve site. It is a montane wetland composed of a number of pools and marshes. The locally low gradient promotes water recharge and storage that supports a number of populations of animals only found on Jeju Island. Visitation to the site is managed by the Mt Halla Visitor Centre. In the wetland proper are built walkways that allow the visitor to move around the wetland. Due to the overlapping management, the site is managed as a World Heritage Site, A Man and the Biosphere site, and a Ramsar site.

Located in Gomso Bay, these two protected areas (Buan Julpo Bay Wetland and Gochang Tidal flat Wetland protected Area) are important migratory waterbird habitats on the west coast of Korea. The site is a habitat for the endangered Oriental White Stork, Saunder’s Gull, the Far Eastern Curlew, the Kentish Plover, and the Dunlin.

Another wetland found on Jeju Island, Dongbaekdongsan is a nationally designated wetland conservation site. Important as a source for groundwater recharge, the site supports populations of the endangered species Cheju Salamander, the Cheju Mankyua, Isoetes Sinesis, along with the Mandarin Duck, and the endangered Boreal Digging Frog.

This tidal flat wetland protected area is found in South Jeolla province and was traditionally a local source of salt and a traditional fishery. The site provides nursery and refuge habitat for fish and insects, which are used as a food source for migratory waterbirds using the East Asia-Australasia Flyway.

Found in South Jeolla Province, this wetland is composed of Ungok lake and Obaygol wetland. The wetland was historically used as a rice paddy but was then abandoned. The site is a habitat for the Chinese Water deer, the Seoul frog, the Common Kestrel, and the Chinese Goshawk, both which are natural monument species which have Korean cultural heritage value. The site is also the location of a Dolmen World Heritage site (Dolmen are a type of megalithic tomb, where two (or more) large stones support a flat capstone).

Two small islands located in the Han River in Central Seoul, they are the only remnants of naturally occurring riverine islands in the Han River. The water near the islets provides a spawning and nursery ground for several indigenous fish species, including the Korean striped bitterling, the Korean spined bitterling, and the Korean oily shiner. The location is also a breeding ground for Spot-billed ducks, and Black-crowned Night Herons.

Located close to Incheon, this tidal flat is a coastal wetland protected area and is composed of two sections on the coast of Incheon city. The site is an important feeding and roosting area for threatened waterbirds like the Black-faced Spoonbill, the far-eastern curlew, the great knot, and Saunder’s gull. The site also supports 1% of the Eurasian Curlew. Traditionally the site was a local source for fish and clams.

Another montane peat wetland on Halla Mountain, it occurs in a secondary volcanic cone on the slope of Halla Mountain. This wetland plays an important role in recharging and storing groundwater, which is very important in Jeju Island, due to the nature of the island geology. The volcanic nature of the island influences its water state and thus having wetlands that enhance groundwater recharge is beneficial to the area.

The most recent accession to the Ramsar List from Korea, the Hanbando wetland in Gangwon province is a riverine wetland located in a meander consisting of a number of riffles and pools that support a rich biodiversity of local and endangered species in Korea. The site is situated above the limestone, which alters the water quality to provide alkaline water, this affects the habitat and creates a very unique assembly of plants and organisms that can live in alkaline conditions. The name of the site, Hanbando, suggests that the site resembles the Korean peninsula, which increases the symbolic value of the site.