The St. Petersburg Ballet on Ice is holding three performances of “Sleeping Beauty” at the Busan Cultural Center on August 8th and 9th.

One of Tchaikovsky’s three major ballet works, along with the ‘Swan Lake’ and ‘Nutcracker’, the show is a combination of authentic classical ballet and figure skating on ice.

The concert was choreographed by Konstantin Rassadin, chief choreographer of the National Ice Ballet in St. Petersburg.

Rassadin graduated from Russia’s Ballet Academy, one of the world’s leading ballet companies, and was invited to the Marinsky Opera Theater and the Saint Petersburg Ballet. He was one of the three greatest ballerinos in Russia at the time of his activity. He has been Chief Choreographer of the National Ice Ballet since 1979.

The National Ice Ballet of Saint Petersburg was founded in 1967 by Konstantin Boyarsky, the master of the classical ballet.

Since its introduction in Korea in 1998, more than 300,000 people have enjoyed high-quality ice ballet performances over the past two decades. 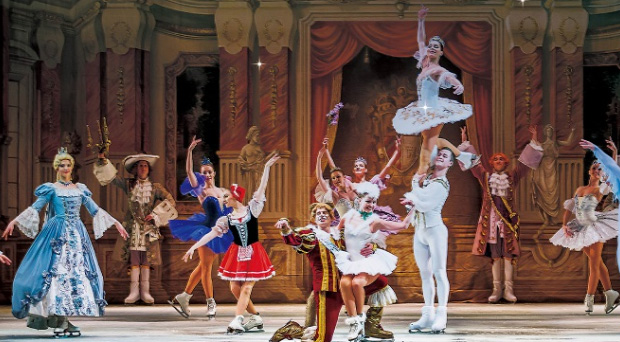 Ultimate Guide to the Best Autumn Foliage Destinations in Korea