On my trip to Enoshima, one of the things I looked forward to the most was riding the Enoden. 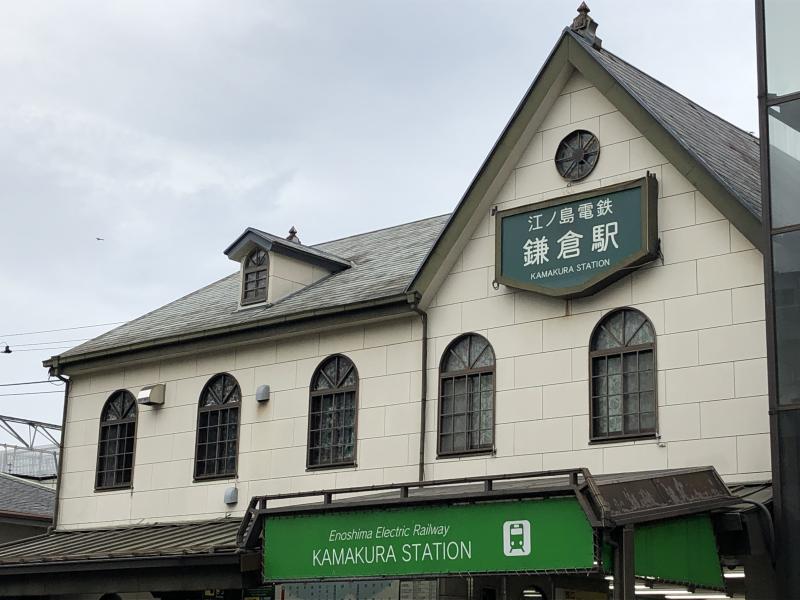 Since commencing operations in 1902, the Enoshima Electric Railway, or Enoden, has been known for its quaint-looking cars and the beautiful locations it takes its passengers.

In a morning of firsts, before trying surfing for the first time, I rode this train from Enoshima Station to Kamakurakokomae Station. ChiHon, a fellow writer from Korea, had heard of the Japanese manga “Slam Dunk” and wanted to check out the real-life Enoden stop featured in the comic.

On this brief detour two stops away from where our surf lesson would commence, the view from the train changed a lot, giving us a sample of the landscape the Enoshima area has to offer.

At one point, the small train went along the beautiful coast with the lush greenery of Enoshima in the background. At another, we passed through residential areas, with the windowsills of some houses close enough that we thought we might be able to touch them were the train doors to open. The Enoden stopped traffic or even went with traffic in the center of a busy road as we passed morning commuters. Without tall fence lines to separate itself from the rest of the world, the Enoden felt like being on a good old street car.

The green-colored car also reminded me of Randen, or Keifuku Electric Railroad, another old train service I rode in Kyoto. Although Randen ran through the leafy and quiet side of Kyoto, not approaching any coastline, it had a similar mood to Enoden, probably because of its history, which dates back to 1910.

Much different from fast-moving trains in Tokyo, Enoden went slowly, setting an idyllic or nostalgic mood, but at the same time, there was something sophisticated about it as it is the image of the Shonan-Enoshima area.

Because it was on a weekday, the train was packed with many teenagers in uniform on their way to Kamakura High School. There I was, dressed in a surf shirt, trunks and beach sandals, feeling a little out of place. The students chatted happily, unbothered by a tourist’s presence. Enoden is known for having two faces: one being of a commuter train and the other of leisure and tourism.
Soon, we arrived at Kamakurakokomae Station and along with the dozens of uniformed students, the three of us in our beachwear and other tourists in Slam Dunk cosplay stepped onto the platform and headed in the same direction.

It was for a railroad crossing just one-minute walk away from the station that we made the short trip. Along the Enoden line, one will find many sites of worship such as Hase Temple and Tsurugaoka Hachimangu Shrine. However, the railway crossing is also a draw for tourists of a different kind of faith.

At the crossing, basketball jersey-clad vacationers were posing for photos and dodging traffic. Just like us, they were there for “Seichi Jyunrei,” a term which in a normal context means a pilgrimage to sacred places, but now has gained a different meaning. Seichi Jyunrei is also used for pilgrimages by devoted fans to locations depicted in manga and anime books and shows.

No doubt, the tourists were fans of “Slam Dunk.” The Japanese manga/animation show about high school hoops was extremely popular in the 90s and that popularity transcended national borders, reaching other countries. Many fans traveled to Japan to pay a visit to the spot, which was depicted in the show’s opening credits.

The sudden influx of tourists reportedly puzzled neighboring residents at one point. Some breaches of manners were also reported, such as blocking traffic or standing over the railways. But the fans we saw on that day were not causing any problems. So, we followed their footsteps of goodwill. After making sure we were not in the way of the traffic or the students, we took photos of the crossing.

It was more out of curiosity than devotion to the show that we went there. When the show was on air in the 90s, I was not following it. Still, the view of the crossing against the sea of Kamakura in the back looked familiar and lingered in my mind long afterward.
Later on, I learned that that the location has been used for many other TV shows, music videos and other animated shows. It is very likely that I saw the view of the crossing and the sea at some point in my life.

We rode the line a few more times that day and through its windows we saw so many sides of this beautiful area.

Enoden may be a local line which runs only 10 km (6.2 miles), however, its nearly 117-year legacy and the locations and attractions along its route are everlasting. 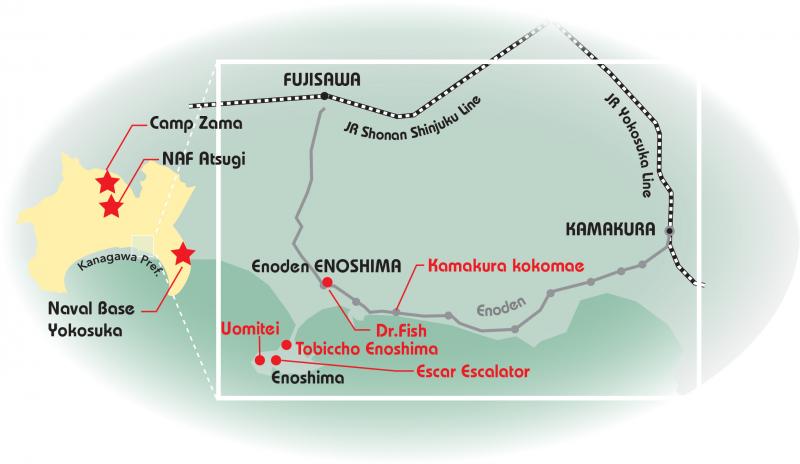 Stripes' team here to help you explore, Part I

Busan’s public transportation gets decked out for summer