Haeundae Beach was the top destination for tourists in Busan according to a recent report by the city.

According to the 2019 Tourism Industry Trend Analysis, while tourism was up by 0.4% compared to 2018, the top major destinations except for Dongbaeksom all took a significant hit in visitors.

Data was collected based on mobile phone roaming data. Statistics were also duplicated depending on the length of stay by day.

Here are the top five most visited spots in Busan. 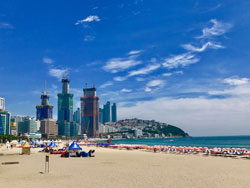 Arguably the nation’s most famous beach, Haeundae had just under 8 million visitors last year, which was down 11.9% from 2018. It remains a popular draw with its festivals, concerts, and beautiful views. 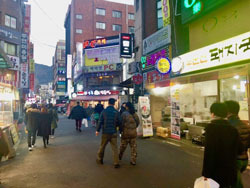 Seomyeon dipped to second place this year, losing its top standing for the first time in years. It did have the highest drop of any tourism region in the city last year, losing 26.7% of its visitors from 2018. It continues to reinvent itself with unique restaurants, and its appeal to youth. 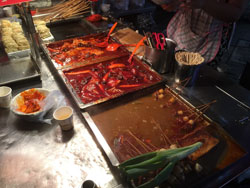 Nampodong also took a hit in visitors this year, and it was the most in the district of Jung-gu by 15.9%. BIFF Square remains popular for its markets, shopping, and trendy street food. Recent attempts by BIFF to bring back its heyday as the origin of the film festival have brought back more visitors as well.

4. Jagalchi and the International Market

The country’s oldest fish market remains a big draw but saw a decrease of 15.7% in visitors last year. The International Market also remains a big draw, but with the lack of Japanese tourists, its numbers have been decreasing each year. 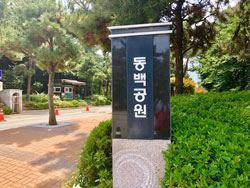 With just over 5 million visitors, the beautiful nature surrounding Dongbaeksom has made it one of the trendiest places for visitors looking for something new. It had a 36.7% increase in tourists over 2018 and continues to be one of the up-and-coming tourist draws of the city.

What to expect at Busan beaches when open for summer

Haeundae and Songjeong Beaches' swimming sections to open in June