Despite the rapid industrialization and gentrification of South Korea over the last half-century, there are still several great traditional villages that retain their original features across the nation like Bukchon Hanok Village in Seoul and Yangdong Village in Gyeongju. 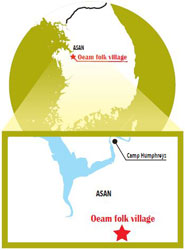 Recently, I went to Oeam folk village in Asan, South Chungcheong Province, on the recommendation of one of my coworkers. Frankly, I didn’t expect much from place since the folk village is not as famous as Bukchon and Yangdong. However, located in the peaceful and beautiful rural countryside, Oeam was a pleasant surprise.

Time travel to Joseon period
Only 30 min-drive from Camp Humphreys, Oeam Folk Village is not your ordinary tourist attraction packed with souvenir shops and the sound of merchants, rather it’s a historic village where many people still live.

What makes this village distinctive is a 6.3km-long stone wall set along its narrow alleys. I had a terrific time walking the alleys at a leisurely pace as if I were a resident. And taking in sound of a group of singing sparrows sitting on the thatched roofs was another charm of my walking experience.

This village is full of photo ops, especially against the backdrop of it beautiful thatched and tiled roof homes. When summer hits, the pond at the entrance of the village is overflowing with lotus flowers in full bloom, attracting photographers of all abilities.

If you would like to look deeper into the architecture and the more than 500-year legacy of the village, call the village tourist info center and make a reservation for an English-speaking guide at least two weeks in advance. You could also look into the Hanok Stay Program, which allows you to peek into the old Korean lifestyle and culture.

The village offers a lot of hands-on experience programs that will entertain you and your kids, including lantern making, rice cake making, chestnut roasting, rice cultivating, and more. I really enjoyed the village in the daytime, but cars and satellite dishes around the houses were the fly in the ointment. Other than that, the historic folk village was worth the visit. If you want to see picturesque scenery with old Korean houses and surroundings, Oeam Folk Village is an ideal place. 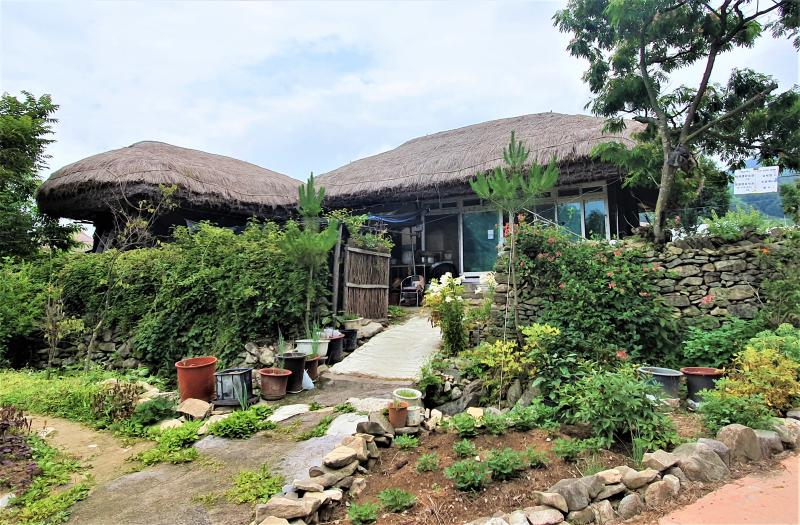 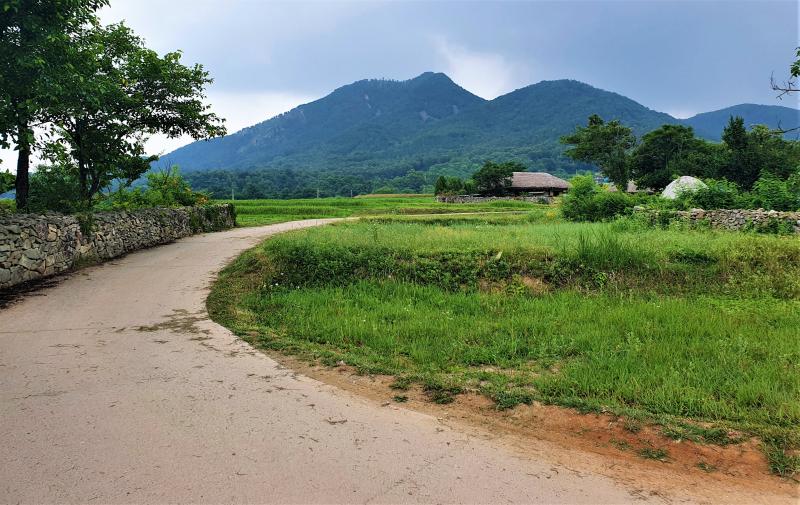 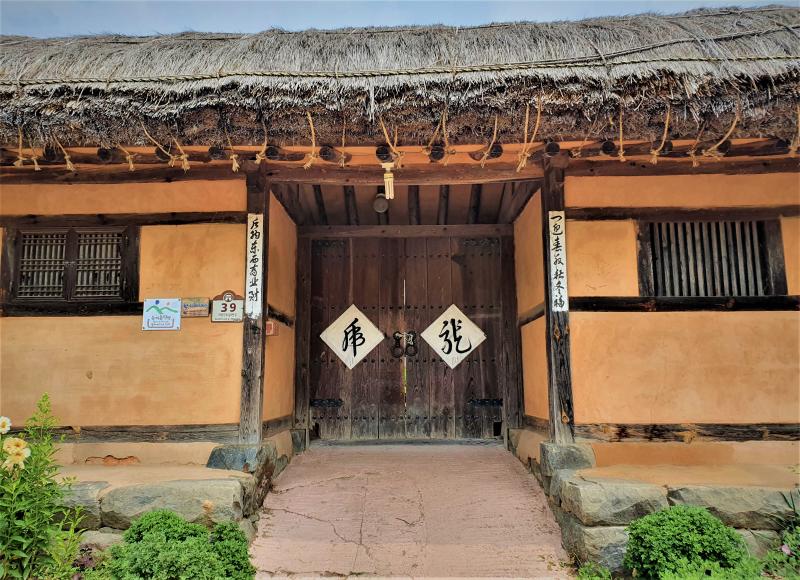 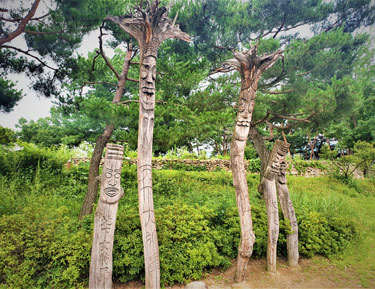 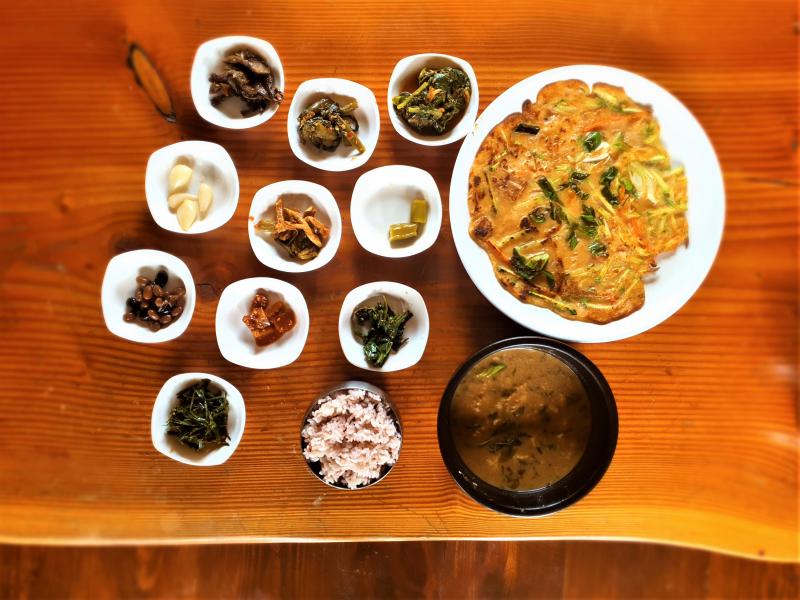 While most tourist attractions are full of stores and restaurants, there’s not a lot of options at Oeam Folk Village. If Korean food is your thing, there is good place that serves up folk dishes on the cheap.

Whether you’re spending the night, or just there for the day, Sinchangdaeg (신창댁) is a good option to satisfy your hunger. The great thing about this old eatery is that you can enjoy your meal without leaving the village. But your journey to the restaurant can be a “find the hidden picture,” because the traditional thatched houses look the same.  It took me a few minutes to find the place with the help of my convenient GPS app.

Once I stepped into the eatery, it looked more like a house than a restaurant, which makes sense because the owners offer overnight stays for those looking for a traditional Korean house experience, so keep that in mind.

I settled in the daecheong, a semi-open space with a spacious floor. The place also offers an outdoor dining. I ordered Cheonggukjang, a fermented soybean-paste soup, and a kimchi pancake. It was interesting to see that all the items on the menu cost 5,000 won (or $4.35) if you go to the kitchen and get your food. But, if you have the owner serve your food, each item costs you additional 4,000 won. Yes, I went to kitchen and grabbed my own food.

The cheonggukjang was absolutely delicious, and the kimchi pancake was crispy on the outside and soft on the inside. It was perfect! I would definitely have ordered makgeolli (or raw rice wine) to go with the kimchi pancake if I had a designated driver!

The cheonggukjang comes with 12 different side dishes (or banchan), which allowed me to taste the flavors passed down from centuries ago. 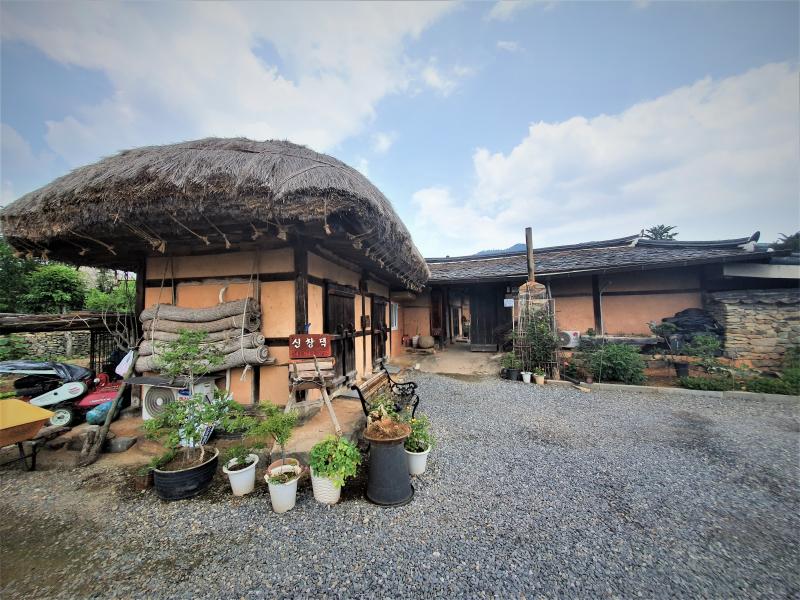 Clear your mind at Songamsa temple 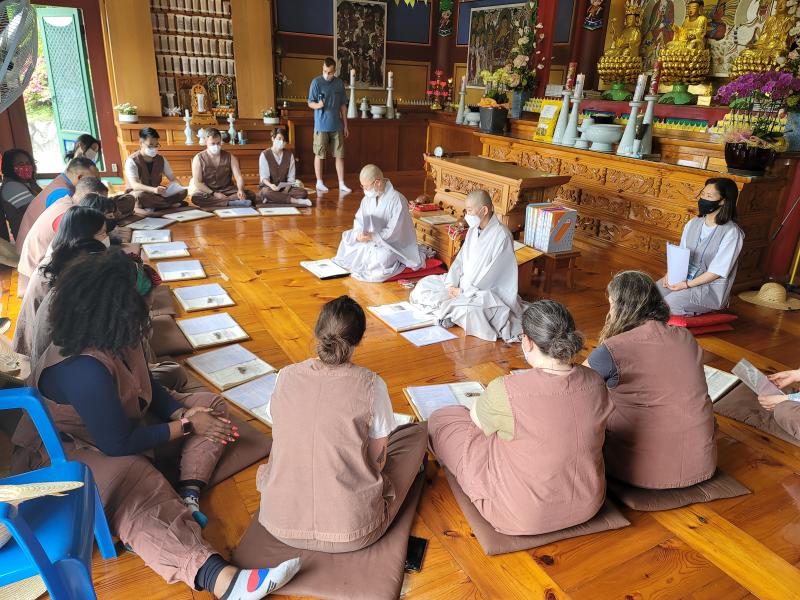 If you go to Oeam Folk Village, there is no excuse to not visit Songamsa Temple, which is nestled snugly at the foot of Mt. Seolhwasan Mountain. At a mere 441 meters and overlooking the village, Mt. Seolhwasan may not be very tall, but its snow-covered peak and rocks from early autumn to the late spring season is a beautiful to take in. Interestingly, the mountain has been called “Munpilbong,” which means “ink brush peaks,” since the peaks poking through the snow are shaped like brushes dipped in black ink.

Songamsa Temple, only a 30-minute drive from Camp Humphreys, dates back to the end of the Goryeo Dynasty (918-1392). With over 1,100 years of history, the temple boasts a recently restored statue of Maitreya. It is said that many relics from years past remain under it. The temple, which had been on the decline since the Joseon Dynasty that adopted Confucianism as its religion, was transformed into what it is today thanks to the continued efforts and sacrifices of the many monks who dedicated their lives to this temple since the 1960s.

The temple offers one-day temple experience program for those who want to experience Korean Buddhist culture and tradition without spending the night. The program includes a Buddhist ceremony, Seon (or Zen) meditation, conversation with a monk over tea, and 21 prostration practices, a village tour, and more. The program also provides a great chance to taste their Buddhist food made of temple-grown ingredients. If you want to get away from your hectic life and reflect on yourself while meditating, sign up for this program. 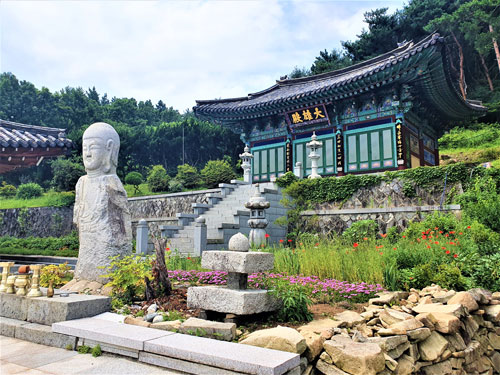 Summer in the beauty of Eunpyeong Hanok Village

Monorail and glamping site to be built at Namhae' German Village