Not far from either the Busan Museum or Busan Cultural Center is the expansive United Nations Memorial Cemetery in Korea and lush Daeyeon Arboretum.

Some 600 species of plants dot the more than 53,000 square meters that comprise the Daeyeon Arboretum, which surrounds much of the cemetery grounds. With various nooks and pathways to discover, the arboretum allows visitors a spectacular opportunity to slow down.

Beyond the arboretum is the vast United Nations Memorial Cemetery in Korea, which includes the cemetery, memorial hall, Peace Park and Sculpture Park.

Opened in 1951, the cemetery was established to honor the service and sacrifice of United Nations soldiers who died during the Korean War. Today, there are 2,300 graves on the site, the majority of which are for British, Turkish, Canadian and Dutch soldiers. The cemetery is a place that provides quiet reflection, whether one has a connection to the war or not. A memorial hall provides a video presentation in several languages, including English. 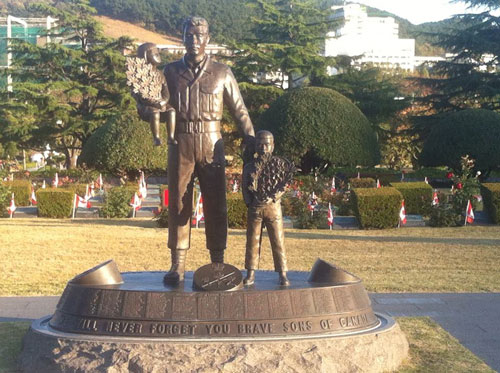 The cemetery is far from the only thing to experience at the United Nations Memorial Cemetery in Korea. The U.N. Sculpture Park, opened in 2001, contains 29 pieces created and donated by artists from a number of United Nations countries.

Opened in 2005 in the southeast section of the cemetery grounds, Peace Park is true to its name, offering a peaceful respite.

How to get there: Daeyeon Station (Metro line 2), exit 3. Turn left at the intersection and walk about 10 minutes until you reach the museum. Walk five minutes past the museum to reach the Busan Cultural Center. The United Nations Cemetery in Korea is located minutes from both the museum and cultural center, via the tunnel on UN Pyeonghwa-ro (street). Or, buses 51 or 138 near exit 5 and get off at Busan Cultural Center.

Cool off in these 3 valleys in Busan

First Korean Tram to be built in Yongho-dong, Busan