Where foreign tourists prefer to visit in Busan

Where foreign tourists prefer to visit in Busan

Preferences of where foreign tourists visit in the city depend on nationality according to recent statistics by the city of Busan.

Though Japanese were still the highest amount of visitors at just over 577,000 people — a 2.5% increase from 2018 — the diplomatic friction between the two countries which began last July made the numbers plummet in the second half of the year.

With more focused marketing on Southeast Asia, tourist growth rates for Singapore (30.7%), Vietnam (27.4%), and Malaysia (21.0%) were tops among ASEAN countries.

The inflow of tourists from India (26.4%) and Russia (22%) also experienced high growth.

Here are some of the top destinations around the city for the most visited foreign tourists based on nationalities.

Japanese — Tourists from across the East Sea prefer the top destinations around the city, with Seomyeon, BIFF Square, Jeonpo Cafe Street and Jagalchi Market as their favorites.

Taiwanese — Heavy marketing in the country and cheap flights has brought an influx of travelers from Taiwan in recent years. They prefer more solitude with Yongungsa, Songjeong Beach, and Beomosa as their top picks. 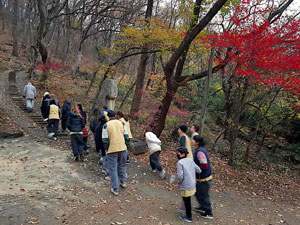 Russians — With an increasing number of Russian tourists visiting the city, Songdo Beach and Gamcheon Culture Village are their favorite destinations.

Americans — Around 192,000 American tourists visited the city last year, with nature also being on the top of their tourism wants, with Oryukdo and Igidae Park the top draw.

Four must-visit places in Korea to see this summer